Joaquin Alvarado has left The Center for Investigative Reporting after more than five years in various leadership roles at the organization.

“First at CIR and now on his own, Alvarado is pursuing a strategic opportunity to support high-impact journalism in the premium cable and online streaming space,” the center announced Monday. 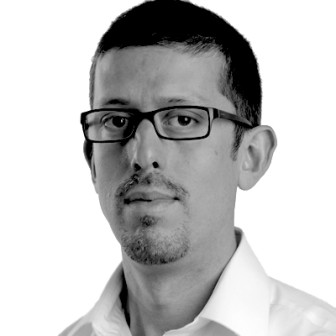 “I’m deeply proud of all the work that’s happened at CIR over the last five years and hope to continue to support the organization’s goals as I pursue my own venture,” Alvarado said in a statement.

At CIR, Alvarado helped launch the Reveal radio show and podcast. He also worked with Google News Labs to create Reveal Labs, which supports local investigative reporting through a network of partnerships across the U.S. and in Europe. That work included building on a collaborative project between public, nonprofit and independent media that provided material for a comedy show on New Jersey’s toxic legacy.

“When we created Reveal with PRX, we had a sense that our community of investigative reporters could deliver a transformative public radio show and podcast,” Alvarado said in a statement. “I now feel compelled to meet the same challenge in premium cable and streaming platforms. I look forward to the opportunity to continue to collaborate with CIR and the committed network of journalists as this develops.”

Alvarado became CEO of CIR in 2014, moving up from his earlier role as chief strategy and operations officer. He joined the center in 2012 from American Public Media, where he was senior v.p. for digital innovation.

Following his exit from APM, Alvarado challenged his public broadcasting colleagues to take risks, hire people outside the system and be unafraid of change.

“It’s the people who don’t make it to the meetings who have the best ideas,” he wrote in Current. “If the system viewed itself from the bottom up, it would see with many more lenses and speak with many more voices. It would stand a better chance of stimulating creative destruction and true innovation.” 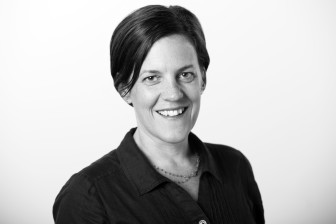 Longtime CIR leader Christa Scharfenberg will serve as acting CEO. Over 14 years with the center, Scharfenberg has served as CIR’s interim executive director from 2007 to 2008 and as associate director from 2008 to 2015. She helped to launch Reveal and to lead a staff-wide diversity assessment that resulted in the Reveal Investigative Fellows program to support more investigative reporters of color, according to CIR.

“I am honored to step into this role during a period of extraordinary growth and creative evolution for CIR,” Scharfenberg said in a statement.