WGBH has filed counterclaims against the former host of a public TV woodworking show it produces, extending a legal battle over trademark rights for the program.

The Boston station responded June 28 to a lawsuit filed in April by Thomas MacDonald, former host of WGBH’s Rough Cut: Woodworking with Tommy Mac. MacDonald’s lawsuit claimed that WGBH and Laurie Donnelly, the station’s EP of lifestyle programming, registered a trademark “in violation of Plaintiff’s rights and intentionally misled Plaintiffs about the registration.” 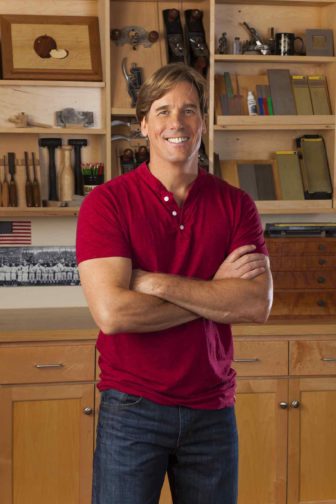 The nationally syndicated how-to show debuted in 2010 and aired for seven seasons with MacDonald as host. It returned earlier this year with new host Tom McLaughlin under the name Rough Cut with Fine Woodworking. The show airs on more than 200 stations.

In his suit, MacDonald claimed to have a common-law trademark for the name “Rough Cut” and says WGBH is profiting from using his image in promoting its new season of Rough Cut.

WGBH and co-defendants Donnelly and The Taunton Press, a co-producer of the show and publisher of the magazine Fine Woodworking, denied in their response that they are infringing on MacDonald’s trademarks, name, picture and reputation. MacDonald’s trademark rights covered only his name and nicknames such as “Tommy Mac” and “T-Chisel,” the countersuit said.

The countersuit claims that while WGBH was “discussing the possibility of extending” MacDonald’s contract to an eighth season, the host “posted on social media that he ‘quit’ the series,” reflecting “a deliberate intent to improperly interfere with WGBH’s rights.” MacDonald said in his lawsuit that he was led to believe that the show was ending.

The countersuit also argues that MacDonald’s claim did not follow rules of federal civil procedure, due to allegations that are “vague, confusing and conclusory in nature,” and accuses MacDonald and his business, Tommy Mac Enterprises Inc., of “unlawful conduct.”

“Defendants have embarked on a course of conduct, culminating in this lawsuit, designed to prevent WGBH from exploiting its ROUGH CUT trademark,” the filing said.

WGBH points out in the suit that it has spent more than $4 million on the series and obtaining the trademark. The trademark and series “have become well known among consumers and are associated uniquely and exclusively with WGBH,” the suit argues.

The defendants asked for dismissal of the case and affirmation of exclusive rights to the trademark “Rough Cut.” WGBH also seeks unspecified damages and legal fees.

A judge referred the case to alternative dispute resolution June 22. According to a WGBH spokesperson, a resolution conference is scheduled for next month.

One thought on “In countersuit, WGBH disputes claims of trademark infringement over woodworking show”