NPR chief news editor David Sweeney is no longer on staff at the network, according to a memo sent to NPR staff Tuesday. 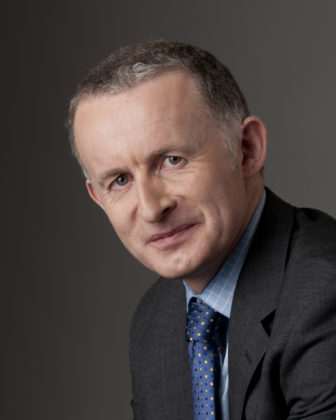 Sweeney’s departure comes after NPR reported that he was being investigated for allegations of sexual harassment made against him. Earlier this month, NPR’s David Folkenflik and Merrit Kennedy reported that two current staffers had accused Sweeney of inappropriate behavior, including unwelcome attention and uninvited kisses.

Edith Chapin is resuming her role as executive editor at the network following Sweeney’s departure, according to the memo obtained by Current. Chapin, who had started working full-time in September on NPR’s plans for a collaborative journalism network, “will continue to play the lead role” in that project, wrote Chris Turpin, NPR’s VP of news programming.

Allegations against Sweeney surfaced after the resignation of NPR VP of News Michael Oreskes. Reporting by the Washington Post and NPR had brought to light incidents of sexual harassment involving Oreskes at the network and when he worked for the New York Times in the 1990s.

Sweeney had recently been promoted from the position of managing editor for news operations and security. He joined NPR in 1993, according to his LinkedIn page.

“This is a difficult time for our newsroom and I’m committed to supporting all of you as we move forward,” Turpin continued. “I know you appreciate that there are some questions I cannot answer in keeping with our practice to not comment on personnel issues, but I will do my best to address those I can. Feel free to reach out to me.”