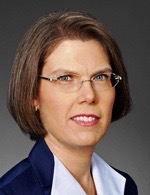 Executive Editor Edith Chapin will start working full-time on the network in September, according to an announcement by Michael Oreskes, SVP of news. Her mandate is “to pave the way for NPR’s support for a collaborative journalism network, one that can move swiftly and effectively, anywhere in the country,” Oreskes wrote. She will also work with Chief Digital Officer Tom Hjelm and Chief Development Officer Stephanie Witte “to assure we are building a fully digital and financially sustainable future for collaborative journalism,” he added.

Bruce Auster, who has worked to develop collaborative coverage with stations as senior editor, was promoted to senior director for the collaborative journalism network. He will report to Chapin.

David Sweeney, managing editor for news operations and security, will also take over “direct supervision of our newsgathering process” and “oversee all newsroom desks and desk editors,” Oreskes wrote.

Fletcher “is a unique talent and her experience with the Northwest News Network will prove invaluable as we seek to build a stronger network and develop the hub concept,” Oreskes wrote. She will begin in the role in September and will be based in Seattle.

NPR has been working to strengthen its relationships with member stations through journalism collaborations. Earlier this year Oreskes unveiled a proposal to extend the partnerships by building regional hubs. At last week’s Public Radio Program Directors conference in Washington, D.C. Oreskes said NPR will conduct pilots of regional hubs over the next year or two. NPR is calling the effort the “NPR-Member Station Collaborative Journalism Network.”

The network is still planning how to build the network. Oreskes will be discussing how to move forward with station collaborations through webinars and next month’s Public Radio Super-Regional meeting, which convenes Sept. 26 in St. Paul, Minn.

“We are counting on everyone — inside NPR and across the public radio system — to bring their best ideas forward to make collaborative journalism work,” Oreskes wrote.