Carl Bloom, the founder of nonprofit fundraising agency Carl Bloom Associates, passed away Oct. 9. He was 79. 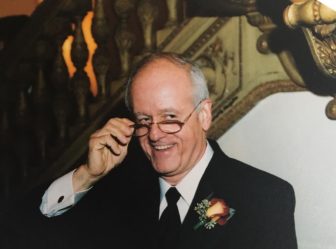 Bloom began his career in publishing but changed course in the early 1970s to develop donor marketing strategies for public broadcasters and other nonprofits. During his five subsequent decades refining fundraising techniques for public broadcasting stations, Bloom influenced the evolution of on-air fundraising and the use of big data and online technology in tailoring effective donor appeals.

Bloom made his move into public television fundraising at WNET in New York City, where he joined the membership team in the early 1970s. He’d previously worked at McCall’s and Redbook magazines, and his experience with magazine publishing helped lay the foundation for the list-buying strategies and fundraising coop models that are now widely used by public broadcasting stations across the country.

At WNET, Bloom built full-scale membership programs using premiums, sometimes designing these products himself before companies existed to help stations with that task. A custom-made 13-inch ruler created as a premium for WNET’s Channel 13 still sits on his desk. During his time at WNET, on-air scripting for pledge drives was a new idea — one that Bloom thought could help televised fundraising become more successful and polished. He would cut and paste scripts together on the floor of the station, years before computers and printers would ease the job.

Bloom eventually realized that other stations and nonprofit organizations could benefit from his knowledge of list buying and membership donor programs. In 1976, he partnered with copywriter and friend Pete Gelb to form Bloom & Gelb, a full-service advertising agency.

After many successful years in business together, Bloom & Gelb amicably disbanded and their separation paved the way for the creation of CBA.

In his over 41 years of advising nonprofits through, Bloom adapted his marketing strategies to incorporate a host of new developments and technologies that were predicted to overtake direct-mail fundraising. These included telemarketing, email and, most recently, online giving. Bloom was forward-thinking and believed in trying new tactics as they emerged, but he continued to believe in the effectiveness of direct mail. He called it the true workhorse of fundraising because it spoke to the donor in the most personal, effective way.

Direct-mail testing and data techniques also evolved dramatically over the decades. As computing technologies became accessible to nonprofits, CBA formed its own co-op of many dozens of public broadcasting stations, public libraries, museums and arts organizations to share their fundraising results for smarter targeting of active and prospective donors. Bloom advocated for speaking to those donor groups in ways that they preferred — and in ways that would get them to give. CBA tested all of the newest technologies — telemarketing, email, mobile pledging, personal URLs and online ads. Some techniques, like PURLs, were considered failures; but others, especially email and online ads, became standard fundraising methods that are widely used today.

A native of Brooklyn, N.Y., Bloom lived in Manhattan until family life prompted him and his wife Lynn to relocate to the suburbs of Scarsdale, N.Y. The couple also owned a lake house in Connecticut where they would entertain family and friends, though he frequently conducted CBA conference calls from the living room. Bloom’s two children, Rob and Carrie, joined CBA in the 1990s, each bringing their own skills. Rob was an early adopter of the Mac, as well as email and design software, and revamped CBA’s graphic design studio. Carrie had worked at Conde Nast, and brought her understanding of modern publishing’s segmentation and marketing techniques. In time, Carl Bloom began to turn over the business to Rob and Carrie, allowing and encouraging them and others to test new strategies of all kinds in concert with ongoing traditional direct mail campaigns.

Rob and Carrie Bloom continue to lead CBA as president and vice president, respectively. They manage a staff of nearly two dozen full-time staff and freelancers.

Bloom leaves behind a strong legacy and dedication to the field of public broadcasting. While he worked with many types of nonprofits and helped many of them raise millions of dollars to further their missions, public broadcasting was always closest to his heart.

The Bloom family requests that memorial donations be directed to Weill Cornell Medicine, a clinical and medical research center in New York City.

Christina McPhillips is VP of business development and Cassie Coccaro is lead copywriter at Carl Bloom Associates. Both feel honored to have called Carl Bloom a mentor and friend.

One thought on “Carl Bloom, pioneering donor-marketing strategist, dies at 79”