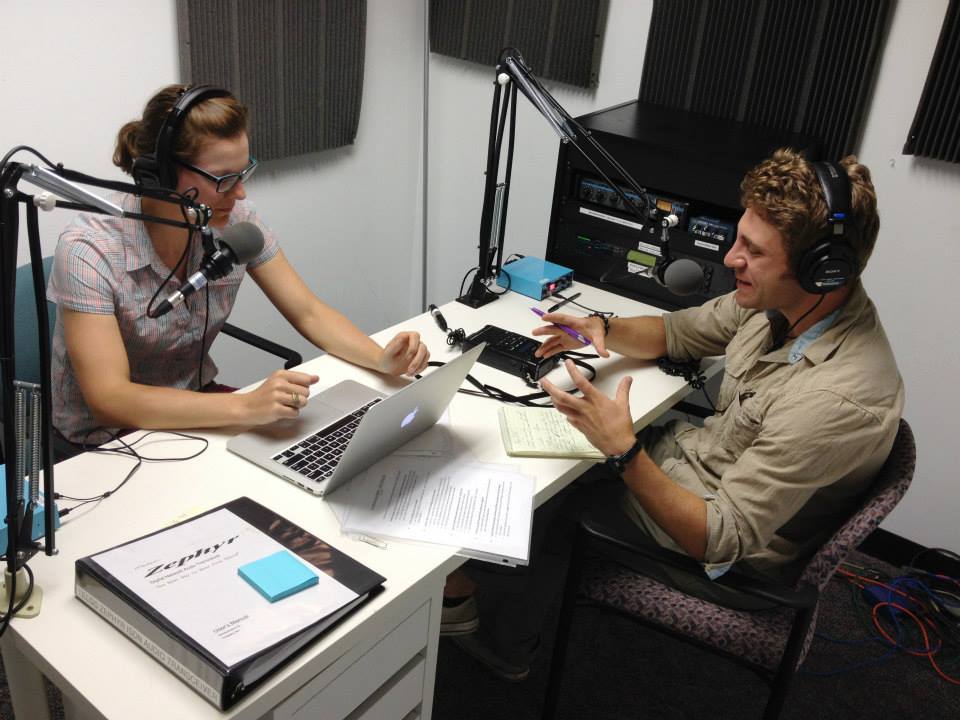 Collaboration is a good thing. It makes everybody better. But it’s a difficult dance in our public media system, and one that often trips over the key issue of sustainability.

CPB began funding Local Journalism Centers in 2010 in its efforts to inspire public stations to team up and cover topics that are especially relevant to their communities across a region. I have worked at two LJCs created with CPB’s startup funding. At Fronteras: The Changing America Desk, one of the first to be funded, I was editor from 2011 through the spring of 2014. Fronteras covered issues related to immigration and the border between the U.S. and Mexico for public radio stations in Texas, Arizona, New Mexico and California.

In 2014, I moved over to become executive editor of Inside Energy, an LJC funded in CPB’s second round of grants. Based in Denver, at Rocky Mountain PBS, Inside Energy is a collaboration of radio and TV stations in Wyoming, North Dakota and Colorado.

Sharing content across a region is not enough. To truly raise capacity and create that “network effect” of smart, coordinated, in-depth coverage across a state or a region … there has to be a person at the core with vision and influence.

Both projects succeeded on many levels, but sustainability for each center as an integrated collaboration and shared resource among partner stations has lasted only as long as CPB’s financial support. As system leaders consider how to build on the accomplishments of the journalism collaborations to date, I’ve been reflecting on the lessons learned from these experiences.

At Fronteras, participating stations were happy to maintain the content sharing that the project had facilitated as CPB’s grant came to an end in 2014. But most stations were unable or unwilling to pay for the central editorial resource and the other administrative functions of the project, such as digital editor and website. KPBS in San Diego wanted to focus its efforts on funding a reporter, and that reporter could be edited in-house by KPBS editors. Smaller partner stations — such as San Antonio–based Texas Public Radio and Marfa Public Radio — likewise did not have the funds to support more than a reporter. KJZZ in Phoenix, on the other hand, deeply valued the central editorial resource to coordinate coverage, avoid duplicative stories and provide a vision for a regional approach to the issues. But to keep that editor, KJZZ would have had to pay for the position itself.

In the end, the project continues in two locations, with only informal editorial collaboration and occasional content sharing between the original partners. KPBS has its own Fronteras reporter, edited in-house. KJZZ has a team of a half-dozen Fronteras reporters, all edited in house by an editor who focuses exclusively on Fronteras content.  KPBS also expanded its Fronteras coverage with a second CPB grant funding video production. That collaboration includes KAET in Phoenix and KRWG in Las Cruces, N.M.

From my perspective, a central LJC editor is the glue that holds any collaboration together, especially during the startup phase. Sharing content across a region is not enough. To truly raise capacity and create that “network effect” of smart, coordinated, in-depth coverage across a state or a region — and to provide stories that work in diverse markets — there has to be a person at the core with vision and influence. But an editor tied to a collaborative project is a “luxury,” as KPBS Director of News and Editorial Strategy Suzanne Marmion puts it, and one that many stations feel they cannot afford.

Now Inside Energy is looking at the end of its CPB funding in December 2017, and will be disbanded as a standalone brand and website. Inside Energy’s current staff in Wyoming, North Dakota and Denver will scatter to new reporting and editing jobs. Nonetheless, the partner stations expect to continue reporting on energy issues. And it is worth looking at the successes the project has had.

Back in July of 2014, I spoke with Gabriel Rosenberg of the Columbia Journalism Review and bravely stated: “Our plans are to ultimately become one of the key sources of information in the energy sector, especially in the center of the country.” And we’ve largely met that goal, with over 100 stories airing on national radio shows, more than a half-dozen pieces airing on PBS NewsHour and multiple appearances as energy experts in national radio talk shows. We produced Beyond Standing Rock, an hour-long TV documentary on the Dakota Access Pipeline controversy and tribal sovereignty conflicts over energy. We’ve also won lots of awards. 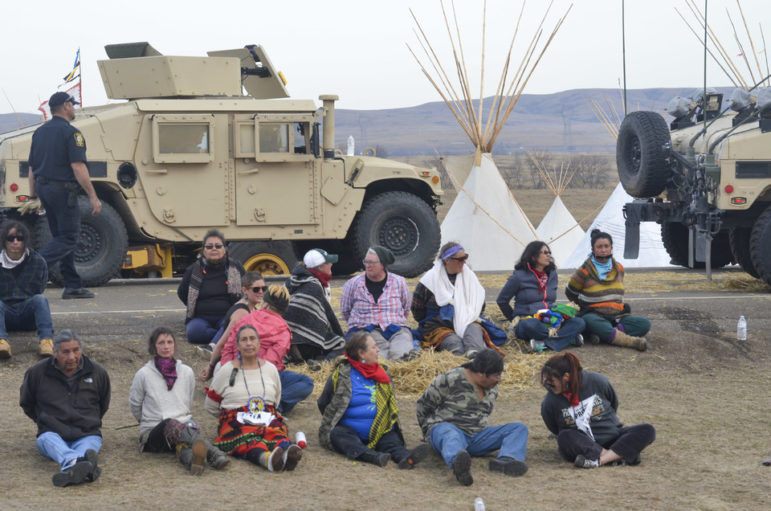 Protestors camped out along the Dakota Access pipeline route were arrested by police in armored vehicles and riot gear in October 2016.

The collaboration can also be counted a success in the lessons gained at each partner station. According to Rocky Mountain PBS President Laura Frank, Inside Energy built “journalistic muscle” that the station will continue to strengthen through its data-based investigative TV news program Insight with John Ferrugia. The station has also benefited from Inside Energy’s ability to innovate in engagement with live events and audience engagement through Hearken. Most importantly, RMPBS leaders now see collaboration with other public media organizations as one of the station’s core values moving forward.

Other stations participating in Inside Energy gained similar benefits from collaborating on a topic of deep interest to their audiences. Smaller stations such as Prairie Public Broadcasting in North Dakota raised its newsgathering capacity with Inside Energy providing experienced editorial oversight to reporters on the energy beat. For example, our reporter in Bismarck covered the Dakota Access Pipeline controversy from beginning to end, contributing dozens of stories to national news networks. Likewise in Wyoming, our reporters witnessed and reported continuously on the collapse of the state’s coal industry and the effects that had on local economies. The project consistently produced local content that was both regionally and nationally relevant. Moreover, CPB funding allowed the project to innovate in content, engagement and the production of numerous digital video “explainers.”

But over the life of the CPB grant, stations involved in this collaboration realized they have widely divergent needs. Radio partners wanted and needed daily energy beat reporting. Our main station, RMPBS, wanted deep-dive investigative reporting. One TV partner wanted only half-hour TV documentaries, while others wanted short TV segments for a weekly news program. In the end, it was impossible to satisfy all our clients, despite the ongoing and critical need for this coverage moving forward.

There are some lessons from these LJCs as the system develops new collaborations:

With station collaborators, iterate early on and repeat: What do you want to accomplish and how? Make sure partners all want the same kind of content. Set goals beyond the quantity of deliverables, including engagement, reach, development and sustainability.

CPB requires that all LJCs and Regional Journalism Collaborations maintain separate websites from the partner stations. This causes confusion and concern among station collaborators. Is the center a separately branded project, distinct from the station itself, or is it part and parcel of what each station offers its audiences? Moving forward, collaborations must be fully integrated into content and development strategies at the station level so that they can help each partner station raise more money. To do that you need a digital strategy that benefits all.  Rather than maintaining a separate project website, for instance, each partner’s website could highlight the special coverage offered by the collaboration and direct traffic to more coverage through dropdown menus on the homepage.

Consult with station development teams during the grant-writing process, to have buy-in for the concept and the mission. Consider establishing an endowment for the collaboration early on so that sustainability is built-in.

With new CPB-funded RJCs in the pipeline, and as NPR revs up its plan for regional journalism hubs, lessons learned from LJC collaborations should be absorbed into system planning. 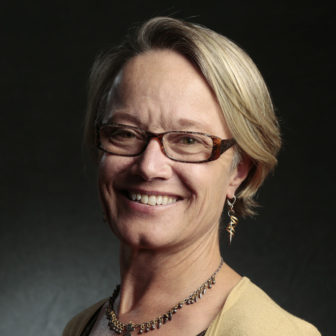 Collaboration can raise all ships and strengthen reporting across the board, but you have to make sure you are all steering in the same direction and are committed to keeping the ship afloat.

Alisa Barba is an award-winning journalist, producer, writer and editor with 25 years experience in both commercial and public broadcasting. Prior to Inside Energy, she served as senior editor for Fronteras: the Changing America Desk, a regional news collaboration project involving seven public radio stations across the southwest.  She also served as NPR’s western bureau chief for 12 years. She continues to work with indie-edit.org, an independent editing service for public media.