On Tuesday, Rocky Mountain PBS became the Weather Channel’s first partner to broadcast its service of syndicated video clips, adding inserts of weather and local news to breaks between the station’s long-form programs.

“(Viewers) come to us to watch NewsHour, to watch the Nightly Business Report,” said Laura Frank, RMPBS president and GM of news, “and if they want … local and breaking news, then they have to go away from us to get that.” 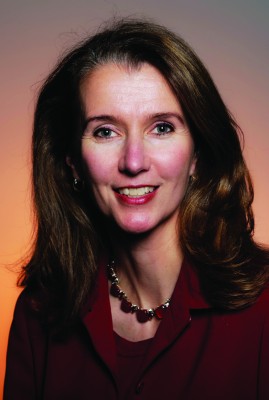 “This lets them stay with us for the content they’re already coming to us for and get more than they expected,” Frank said.

The content sharing partnership works both ways: RMPBS is providing its news content to the Weather Channel, which will offer it to Local Now subscribers for wider distribution.

“Because our brand is in-depth and investigative, the kinds of stories that we’re looking at from them are the big stories of the day, so not so much police news,” Frank said.

During the six-month pilot, Frank said the station will gauge reactions it receives from the public. In the meantime, she said Tuesday, they’re still ironing out the details of the partnership.

Flaxman said he’s excited about partnering with a public station because of its deep connection to local audiences and public service mission. “We’d also love to use this as a way to demonstrate to other PBS affiliates the ways they can retain audience by serving their communities in new and unique ways,” Flaxman said. He sees the partnership evolving into offering different types of content, such as traffic and sports.

At RMPBS, the new partnership is part of a broader strategy to develop news and video offerings. The station recently launched a new investigative series, Insight with John Ferrugia, an outgrowth of editorial shifts within the station’s news department, including a sharper focus on video after RMPBS’s merger four years ago with a local investigative nonprofit news outlet and public radio station.

The show’s next monthly special, “Trumped: Rural Rebellion,” focuses on why a financially struggling Colorado county voted for President Obama in 2008 and 2012, and for President-elect Donald Trump in 2016. It’s scheduled to air on January 19.