The future of public media is local. And stations across the country are finding their way. We’re here to help.

That’s the takeaway from the first Local that Works contest, a collaboration between Current and the Public Media Futures Forums to identify local efforts to create successful innovative multiplatform content, engagement and revenue initiatives.

We received 113 entries from over 100 stations of all sizes from 37 states. We were impressed by how much experimentation is happening at the local level. It’s clear that stations recognize that their future sustainability depends on creating a strong local identity along with authentic and meaningful relationships with new and existing audiences. 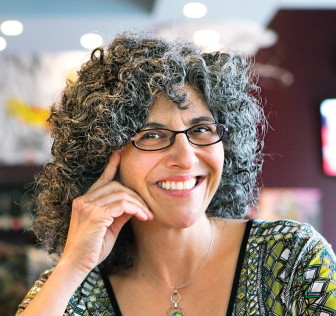 It was really hard to choose finalists, but we zoomed in on efforts we considered highly replicable. There were some brilliant projects entered by some of the nation’s largest stations. While they inspired us, our initial intention was to highlight strategies that most organizations in the system can pull off.

Current will continue to report on stellar projects that didn’t advance to the final round, including those of major market stations. We hope a full spectrum of ideas and best practices for being more local will emerge — things you can try at home.

There were two stages to our judging process. Managing Editor Karen Everhart, Mark Fuerst of Public Media Futures Forums and I reviewed all of the entries and presented a pool of 16 semifinalists to a panel of judges from across public media. I want to thank these judges for their time, thoughtful analysis and guidance in selecting the four finalists: Jeff Ramirez of KERA in Dallas; Cristina Hanson, formerly of Wisconsin Public Television and the National Center for Media Engagement; Deanna Mackey of the Public Media Major Market Group; Adriana Gallardo of ProPublica; Shane Guiter, a former PBS development executive now with Public Works; and Tracy Wahl, a former NPR producer.

So what’s next? The people behind these projects will present them at a plenary session at the 2017 Super-Regional Meeting in St. Paul later this month. Attendees will hear how and why these stations did what they did and cast ballots to choose the winner of the inaugural Local that Works award. That station will receive a $5,000 cash prize.

Local is key to public media’s future. Current is your source for Local that Works. Another good reason to subscribe!