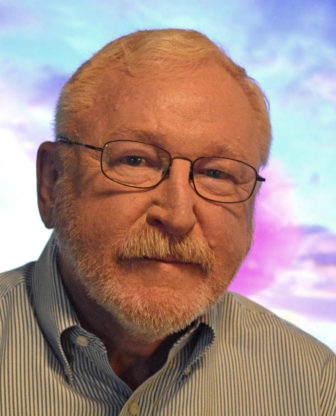 In a letter to the 1967 Carnegie Commission on Public Television, E. B. White wrote: “Non-commercial television should address itself to the ideal of excellence. … It should be our Lyceum, our Chautauqua, our Minsky’s and our Camelot.” Excellence is good — Newton Minow’s “vast wasteland” of commercial television has never appealed to me. By the late ’60s, I’d lived through the Kennedy presidency and knew the words to the Broadway cast album of Camelot. But the part that resonated most for me was the Chautauqua reference.

Each July and August, our family relocated to the original Chautauqua Institution in southwestern New York state. My father, a college professor of music, was the music editor for the Chautauquan Daily, the institution’s summer newspaper. The Chautauqua Institution put on an eight-week season of concerts, lectures, operas and plays as well as other religious and cultural offerings, often in open-sided buildings. One ticket admitted you to the Institution and to most events.

People could plan their day (“appointment viewing”) or take a walk and see what interested them (“grazing”). Music students practiced outside in the sun, and artists created works as spectators looked on.

Education grew like grass, and the mind expanded as you breathed. That environment fed my intellectual curiosity throughout my school and early college years. The original Chautauqua Institution spawned a movement of traveling tent shows that crossed the country long before radio or television, bringing this blend of culture and ideas to small towns for a week, a hinterland miniature of my summer experiences. What if this mix of showbiz, education and culture could be central to my life and career, all year long? Sounded good to me, and I signed on. Wouldn’t mind a little Minsky’s, too. 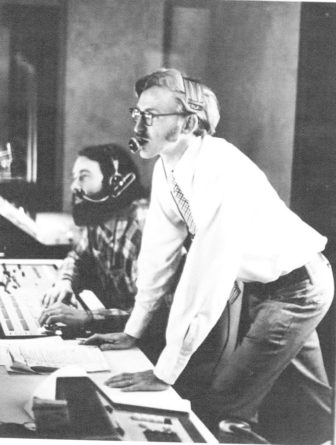 Holden directs a vignette for the KET series “The Kentucky Penal Code” in 1976.

I started at Penn State Television (then WPSX, now WPSU) in 1965, as a camera operator and lighting director. Over the years, I worked my way to being a producer, production executive, program director and finally general manager. My “canvases” got bigger as I went. Creating programs and enabling others to do so allowed me to mix elements of education, arts and civic responsibility that were important to me and to society as a whole. As a local public television guy, I had the chance to practice “retail television,” interacting with viewers and seeing how my work touched their lives. To paraphrase the late House Speaker Tip O’Neill, “All viewing is local.” I retired after 44 years at seven licensees, including large state networks and smaller community operations.

A decade ago, I was awaiting some surgery. The anesthesiologist came by my gurney to add the joy-juice to my IV drip. He told me to count. I said: “Call 1-800-337- …” but was out before I could finish the pledge pitch. My wife explained; “It’s OK. He works in public television.” I’m glad I did.