A move of NPR’s digital services unit from Boston to Washington, D.C., has resulted in more than 20 vacancies, network executives told board members last week.

The network announced May 8 that it would ask all 32 Digital Services staffers in its Boston offices to move to Washington this month. NPR’s Digital Media team is already in Washington; NPR has said merging that team and NPR Digital Services will support greater audience engagement across NPR and member station platforms.

Five Boston employees are relocating, while others are working remotely from Boston. The Boston office will close Sept. 22. NPR offered relocation assistance to Digital Services employees. 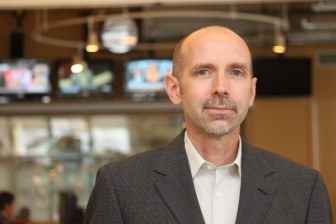 The Digital Services team works with stations on tools and products to boost audience engagement and provides support for Core Publisher, NPR’s content management system used by stations. Of the 20-plus vacancies, half are engineers in areas including software, development and support.

Those positions will be difficult to fill, NPR Chief Digital Officer Thomas Hjelm told the board’s Membership Committee Thursday. “This was a known risk,” Hjelm said. “I went into this with eyes open, knowing that it’s going to be tough.” NPR aims to fill the vacancies by the end of the year.

The merger and vacancies have been “disruptive” to the digital teams, Hjelm said, and have pushed back projects. NPR has delayed relaunch of its NPR News app from November to the end of the first quarter of 2018. A pilot effort to solicit donations from international NPR One listeners had been planned for July but will launch Tuesday, Hjelm said. Meanwhile, the D.C.-based digital team needs to learn source code used in Boston.

“Job 1-A is to hire,” Hjelm replied. “Job 1-B is to maintain the current level of service, particularly with Core Publisher,” the content management system used by stations.

“This is a culture shift,” Hjelm continued. The Washington-based Digital Media team “… didn’t necessarily have to think about stations first and foremost,” he said. “Now, this is a shift in strategy and priorities. Making sure the station point of view, the station interest, is really embedded in the team … is a real priority.”

Two of the five Boston staffers moved to Washington last week, according to Gemma Hooley, NPR’s VP for member partnership. Several will work with her team as it widens its focus from broadcast to digital.