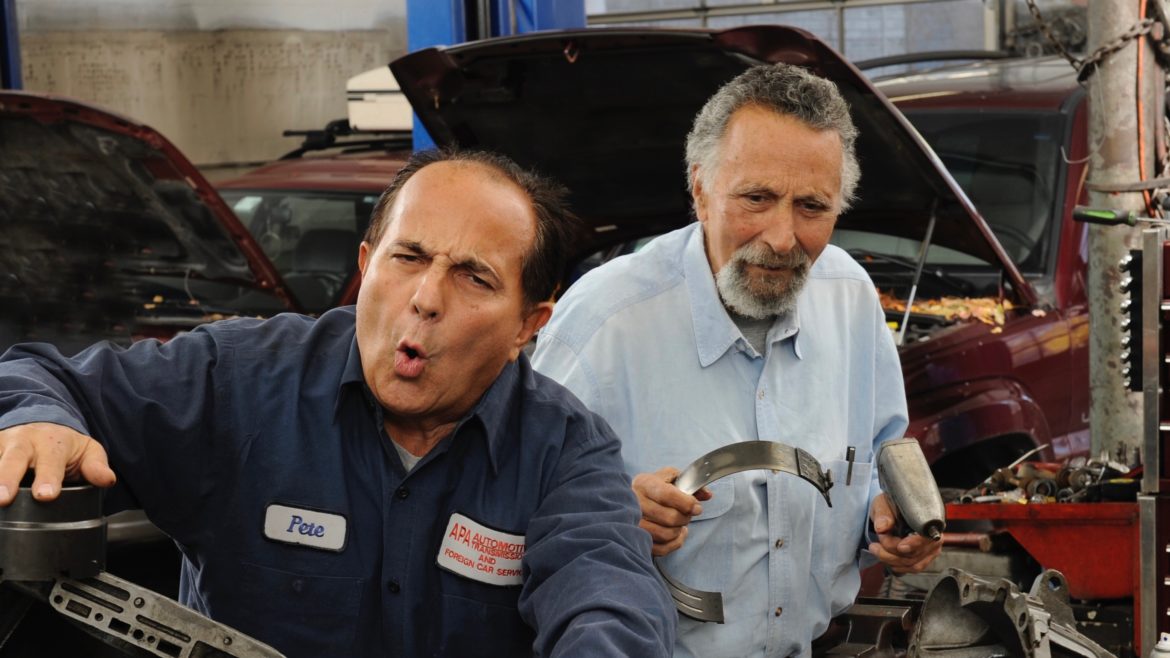 The familiar laughter of Car Talk hosts Ray and Tom Magliozzi will dwindle on public radio starting in October, but the show isn’t puttering into the junkyard just yet.

NPR and Car Talk announced in July 2016 that Best of Car Talk, the weekly compilation of highlights from the show’s 30-year run, would “end production” this month. The network had learned through research that a portion of its listeners wanted something new on weekends.

Many public radio stations will drop the show as of next month, according to NPR. Best of Car Talk now airs on more than 400 stations; starting in October, it will be on about 120 stations.

On the stations still carrying the show, listeners won’t notice anything different about the program. Though NPR initially said production would end, Car Talk EP Doug Berman now says it will continue as is. 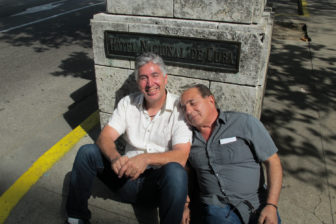 Berman, left, and Ray Magliozzi rest during a 2016 trip to Cuba.

“We just didn’t feel right about doing less than our best,” Berman said. “So we’re going to continue creating Best Of shows from the archives that are as fresh and fun-sounding as we can make them.” However, stations will pay a “much reduced” rate for the program, he said.

The show stopped producing new episodes in 2012 with the retirement of hosts Tom and Ray Magliozzi. Despite the canned calls, sometimes referring to older-model cars, Best of Car Talk has remained one of NPR’s most popular weekend shows. Station programmers now find themselves weighing whether to continue airing a known quantity or to take a chance on a new show in the time slot.

At Texas Public Radio in San Antonio, the decision to drop Car Talk “broke my heart,” said CEO Joyce Slocum. “But we’d also had some comments from people about ‘Really? There was somebody on last week who said their car had 50,000 miles on it, and it was a 1986 Dodge Dart.’”

Parked on the schedule

Dale Spear is taking a cautious approach. The GM at Public Radio East in New Bern, N.C., dropped programs in July, including You Bet Your Garden and Interfaith Voices, and replaced them with Snap Judgment and New Yorker Radio Hour. But he will keep Car Talk at 10 a.m. Saturdays. Audience numbers are still “really strong” for the show, Spear said, and he doesn’t know of a “logical replacement.”

Some stations are moving Wait Wait … Don’t Tell Me! into the 10 a.m. slot on Saturdays, Spear said, “but that changes a popular program to an hour earlier. There will be some disruption of listening.” Other stations are leaving Wait Wait at 11 a.m. and moving another program into Car Talk’s spot, he said.

“My thought on that is, be careful, because you could screw up your audience for Wait Wait … Don’t Tell Me! with a bad lead-in,” he said.

“We couldn’t replace that kind of humor that Car Talk had, but we wanted something fresh.” — Chris Phelps, WVXU VP for content

Though producers such as NPR and WNYC are providing new weekend options, Spear said he still sees “a great opportunity for someone to build a new show” that would have the mass appeal of Car Talk. But he admits he doesn’t know what that show should be. Until it comes along or Car Talk’s audience sags between Weekend Edition and Wait Wait, he’ll keep the show parked on Saturday mornings.

“If Car Talk is doing great, why would I take it off?” he said.

Among options available to stations looking to replace Car Talk are new and new-ish programs from NPR: Hidden Brain, It’s Been A Minute and a hour made up of Planet Money and How I Built This. Hidden Brain and It’s Been a Minute debuted as podcasts before being made available for stations for radio broadcast starting next month. The radio broadcast of Planet Money, the long-running NPR podcast, and How I Built This, which debuted as a podcast last year, will pull from episodes of both show’s archives.

NPR created the radio shows in response to a survey of NPR listeners conducted this winter that found its weekend audience is “looking for depth and entertainment,” according to Steve Nelson, NPR’s director of programming. Weekend listeners “really want to go deep on what’s happening in the world and get fresh new information, sort of like the equivalent of a longread on the radio,” he said.

An NPR spokesperson said she did not have information about how many stations are picking up the weekend shows or other schedule changes in the works. Two stations — KUT in Austin, Texas, and WAMU in Washington, D.C. — announced Monday that they will replace Car Talk with an additional hour of Weekend Edition Saturday starting next month.

At WVXU in Cincinnati, the decision wasn’t easy. Car Talk still attracts a loyal audience on the station and has remained among the station’s top weekend shows. But the station is picking up It’s Been a Minute to replace Car Talk starting next month.

“We couldn’t replace that kind of humor that Car Talk had, but we wanted something fresh, we wanted something that had a weekend feel to it,” said Chris Phelps, VP for content. Host Sam Sanders built up a following throughout the election and on NPR’s Politics Podcast, “and his sensibilities seemed right, his personality seemed right, and the subject matter seemed right,” Phelps said. “So that just seemed like our best option for that slot.”

The station is also using the opportunity to add Hidden Brain and New Yorker Radio Hour to its weekend lineup, and it’s dropping Fresh Air Weekend. According to producer WNYC, 24 stations are adding New Yorker Radio Hour in September and October, increasing its carriage to 235 stations. Twenty-three stations already airing the program will move it to 10 a.m. Saturdays.

Other listeners are wondering “‘Where’s that entertainment on my weekend that Car Talk brings?” Phelps said. “’Wait Wait … Don’t Tell Me! does that, and I think that kind of sensibility definitely plays a role. But I also think that there are listeners that are really curious and want to keep learning, and it doesn’t stop on Fridays.”

‘What makes you really laugh?’

While more than half of stations in the top 48 PPM markets were still airing Car Talk at the beginning of September, Texas Public Radio has been an outlier. It found that dropping the program at the end of last year didn’t disrupt ratings.

The station decided to end Car Talk early as it also retired other long-running programs, including the Diane Rehm Show and A Prairie Home Companion. PHC was “not getting a very enthusiastic reception” with new host Chris Thile, said TPM CEO Joyce Slocum.

“We didn’t want to keep changing the schedule over and over again,” Slocum said. “We wanted to just have that one big change.”

A successor to “Car Talk” has to be “smart funny” and “have a positive core,” Berman said. “Cynical humor is easier to do.”

Car Talk’s Berman said he sees no obvious replacement for Car Talk on station schedules, pointing out out that Wait Wait was developed to pair with Car Talk.

For producers looking to create the next Car Talk for public radio, Berman believes the program has to be “smart funny” and “have a positive core, it’s not just cynical,” he said. “Cynical humor is easier to do.”

Entertainment programming is something public radio “needs to keep working at,” Berman said. “And having had some success there, I hope we can maintain it.”

Changes for Car Talk are also in store behind the scenes. The program is leaving its offices of “Car Talk Plaza” in Cambridge, Mass., and will “move back in with Mom and Dad” at WBUR in Boston, where the show got its start in 1977, said Berman. Berman and Ray Magliozzi will stop taking a salary for their work.

Car Talk will continue production until “we can’t afford to do it,” Berman said. “Whenever that is. When the math doesn’t work.”