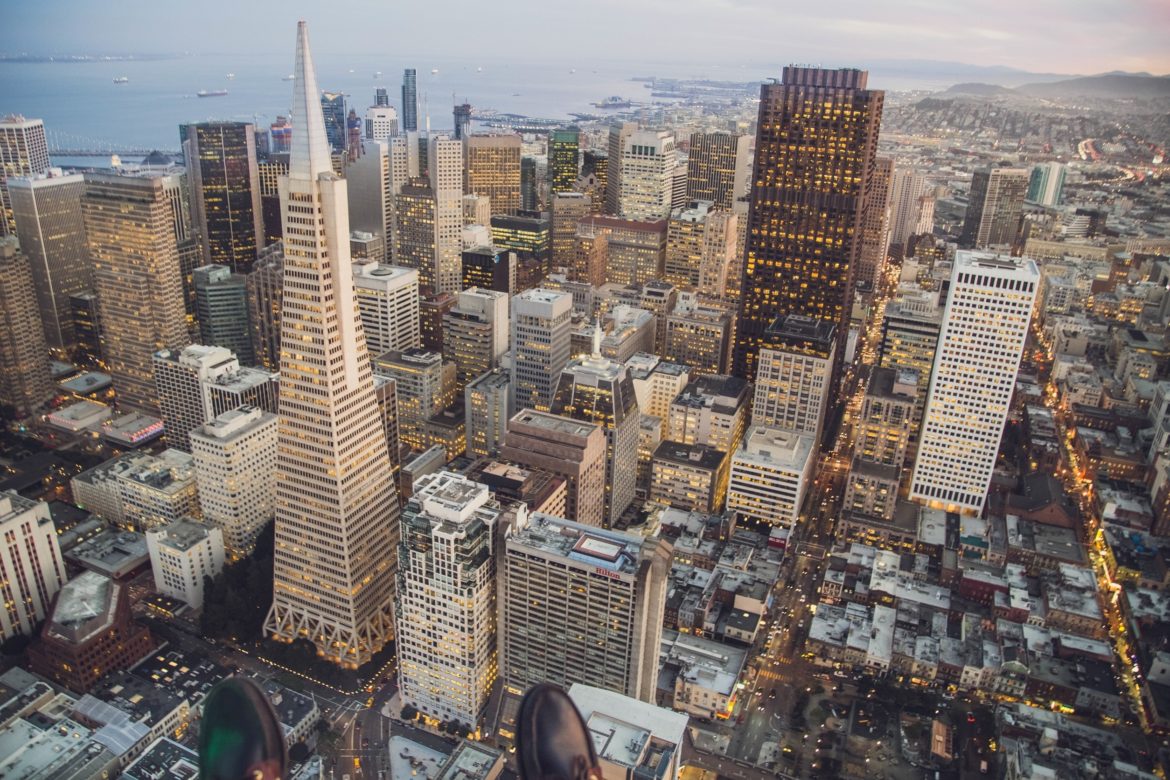 A view of downtown San Francisco.

This year’s Public Media Development and Marketing Conference kicks off Wednesday in San Francisco, a longtime home of innovation in public media fundraising.

From the start, stations like KQED and Berkeley’s KPFA were committed to core tenets of public broadcasting, including keeping their airwaves free of commercial and political influence.

So as lawmakers weigh whether to end federal funding to public broadcasting, the PMDMC’s arrival in “the City that knows how” is a bit serendipitous. Here are a few facts about the Bay Area’s public media history in fundraising and other areas and how local nonprofit media are innovating to prepare for the future.

The noncommercial Pacifica radio network started in the Bay Area. From the beginning, founders aimed to support the network through listener donations. It held the country’s first on-air fund drive in 1949 at its station KPFA in Berkeley, according to Current’s A History of Public Broadcasting.

Today, KPFA and Pacifica maintain a commitment to independent funding and refuse to sell underwriting.

How KQED created the “mother of public broadcasting pledging”

Across the Bay in San Francisco, KQED signed on in 1954. From the start, it faced growing debts that nearly prompted its board to give up, according to a 1997 article by David Stewart for Current. President James Day lobbied the board for a month to organize. He hired a public relations firm, reached out to the Bay Area’s corporate leadership and staged an all-night telethon. But initial efforts raised only a fraction of what was needed.

With the 30-day grace period about to expire, the PR firm proposed a drastic solution: stage a 24-hour TV auction. The idea seemed crazy. But as Day remarks, “… skepticism surrendered to desperation.” The now-exhausted staff agreed to give it a shot… No one could have guessed that out of the ensuing bedlam of donated barking dogs, chirping birds and the frenzy of on-air sales, the production crew was creating the mother of public broadcast pledging. The crisis was averted, the KQED Board was reorganized and, more important, as Day says, “We became part of the community.”… As the San Francisco Chronicle reported at the time, “Without realizing it [KQED] put on the best show that has been on a San Francisco station.” The telethon had featured, along with civic leaders, physicist Edward Teller and stripper Tempest Storm.

KQED is also credited with early innovations in programming. In 1968, the station hired newspaper reporters on strike from the San Francisco Morning Chronicle and Evening Examiner to report and answer questions on a show initially called Newspapers of the Air. The show was a success, and KQED was thrust into the news business.

Next year will bring another radio news outlet to San Francisco’s airwaves with the launch of  a new noncommercial station. Two organizations, San Francisco Public Press and San Francisco Community Radio, will share a low-power FM signal that will sign on in January 2018. The organizations won the license from the FCC last year.

Under a time-sharing agreement, SFPP and SFCR will share the airtime equally. San Francisco Community Radio will program music, according to Bay Area Bandwidth. SFPP, which says it “does for print and Web journalism what public broadcasting has done for radio and television,” is planning an “eclectic mix of mostly talk programming centered around public affairs” and will also hold public events, said Executive Director Michael Stoll.

SFPP is also exploring partnering with organizations to produce shows about local interests. It already partners with KQED, KALW and other local media.

Another San Francisco nonprofit, the World Peace Through Technology Organization, has also received a LPFM license.

With SFPP’s station, Stoll said he sees an opportunity to leverage the Bay Area’s “untapped talent.” Perhaps it’s another way public media in the San Francisco area are innovating and charting a course for others to follow.