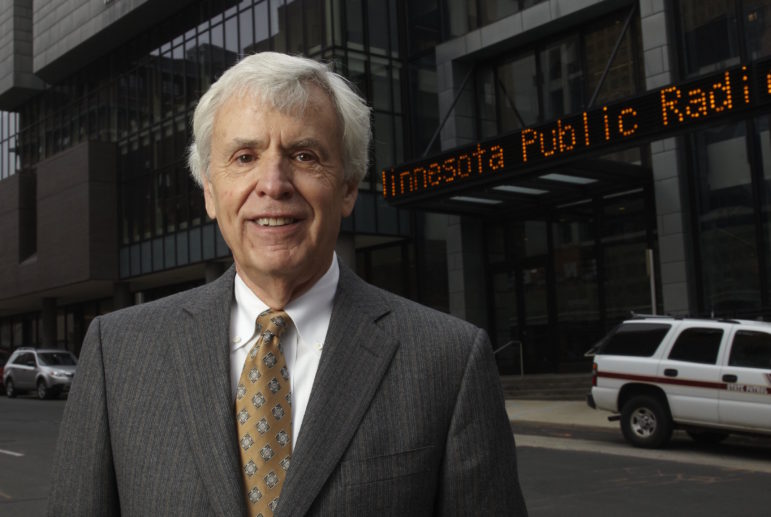 Kling outside of Minnesota Public Radio headquarters in Minneapolis. (Photo courtesy of Kling)

MPR said in 2011 when Kling retired that it would dedicate the building in his name. It decided to officially make the change this year to coincide with MPR’s 50th anniversary.

“The Board wanted to ensure that what Bill built in the culture and the values that he embodies would be forever part of Minnesota Public Radio and American Public Media,” said former MPR board chair Randall Hogan in a press release. “Naming the building is a permanent public recognition for his vision and his impact on the industry, the state and the country.”

Kling’s “entrepreneurial spirit and passion for public service continue to inspire us as we begin our next 50 years,” said Jon McTaggart, president and CEO of MPR parent organization American Public Media Group, in the release.

The organization will hold a private naming dedication April 19.

Kling, who holds the title of American Public Media president emeritus, told Current in September that he still advises APM from an office in downtown Minneapolis.