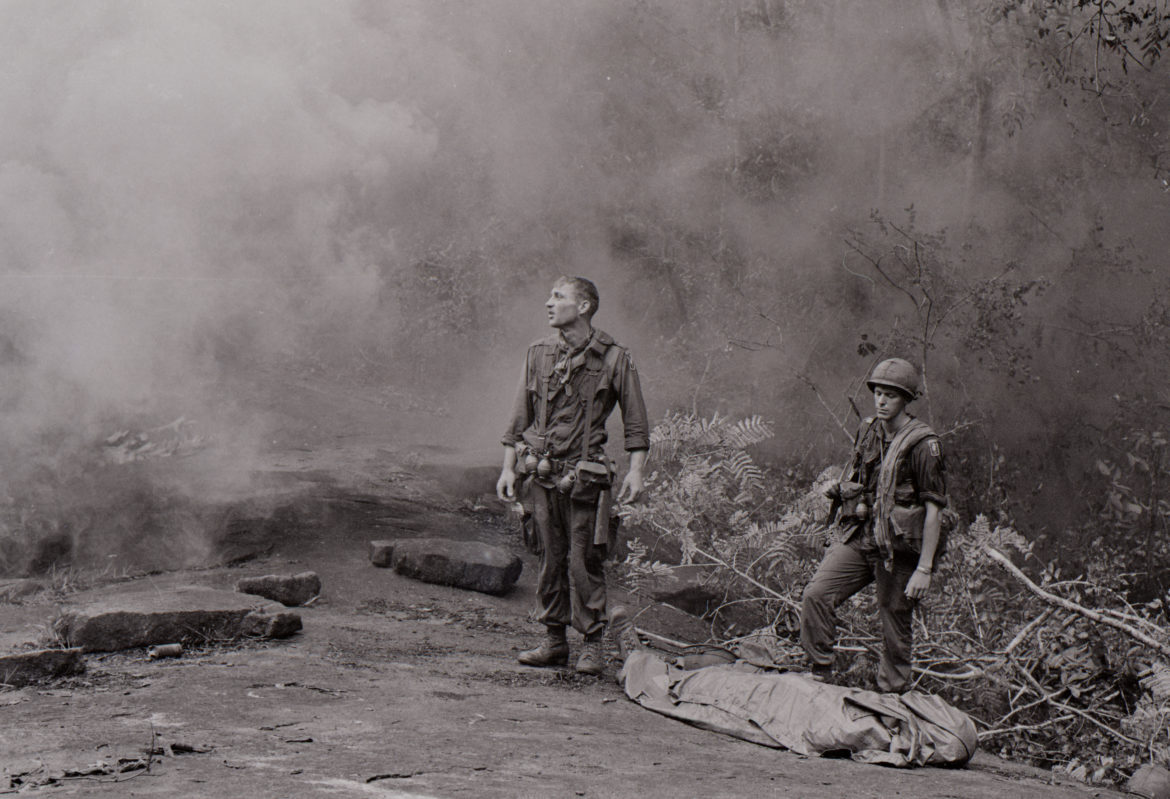 When the Tribeca Film Festival presents its new Citizens Filmmaker Award to documentarian Ken Burns this month, the audience will get a sneak peek of Burns’s forthcoming documentary series, The Vietnam War.

ICIJ’s “Panama Papers,” coverage of the finances of more than 200,000 offshore entities, won for innovation in investigative journalism among large news outlets. The reporting, drawn from leaked documents, involved “sifting through 2.6 terabytes of data in 11.5 million files” and working with more than 400 journalists representing upwards of 100 partners. The judges wrote that it was a “seemingly impossible task to coordinate and keep secret.” But the team showed “exceptional ingenuity and skill by developing new tools and approaches” and demonstrated “a new model for journalistic co-operation.”

NPR won for radio/audio coverage by large organizations with “Advanced Black Lung Cases Surge in Appalachia,” reported with contributions from Ohio Valley ReSource. NPR correspondent Howard Berkes discovered that Black Lung cases in West Virginia and nearby coal states were 10 times higher than the official count. The federal government was tracking the disease among only working miners. Hundreds who waited to qualify for federal benefits weren’t counted because they had lost their jobs or were too sick to work.

In the division for small news organizations, the Kentucky Center for Investigative Reporting won for its radio/audio story, “The University of Louisville Foundation Bought An Empty Factory In Oklahoma — Because A Donor Asked.” Judges described it as a “classic investigation.” Reporter Kate Howard found that a donor and a member of the university’s Board of Overseers turned his abandoned Oklahoma factory over to the university’s fundraising arm, but the “multi-layered $3.47 million transaction had no academic purpose, did not result in any revenue for the organization, and appeared to be an ethical breach and tax code violation.” Howard’s on-the-ground reporting resulted in the university taking immediate steps to unwind the deal, the judges wrote. KCYIR’s journalists work in the newsroom of WFPL in Louisville and often produce stories with its reporters.

The awards will be presented in June during IRE’s conference in Phoenix.

Independent producer Jenni Monet and Reveal’s Will Evans will receive the 2017 Paul Tobenkin Memorial Award for outstanding achievements in reporting on racial or religious hatred, intolerance or discrimination in the U.S. The award honors the late New York Herald Tribune reporter.

Monet, a member of the Pueblo of Laguna tribe of New Mexico, writes about indigenous people’s rights and struggles around the world. Monet will receive a $1,500 honorarium for her coverage of the Standing Rock Sioux battle against the Dakota Access oil pipeline, where she embedded herself in the protest encampment. Monet quoted protesters and law enforcement to explain how the protest became for many a fight for religious freedom and human rights. “Combining a deeply informed historical, cultural, and political frame of reference with compelling narratives, Monet showed how a deep racial divide, poverty, and marginalization of the Lakota Sioux made their act of resistance and the response by police an episode that was decades in the making,” the judges said in their citation. During the course of her reporting, Monet was arrested and charged with criminal trespassing and engaging in riots.

Monet, a National Federation of Community Broadcasters board member and 2016 Air New Voices Scholar, will speak to Columbia Journalism students and professors at the university’s annual Journalism Day on May 16.

Evans covers labor and workplace issues for Reveal from The Center for Investigative Reporting. He  will receive a special citation for his coverage of the widespread employer practice of using temp agencies to discriminate against workers based on race, gender, age and sexual orientation. “Evans reviewed government and whistleblower lawsuits nationwide and interviewed dozens of former temp agency employees to piece together a shocking pattern of discriminatory hiring,” according to the judges’ citation. Some requests were overt, such as a local gun wholesaler seeking “‘country boys’ to indicate that only white men were hirable.” Partnering with other media, including Spanish-language news outlets, Evans’ work prompted the Equal Employment Opportunity Commission to launch an investigation and announce a five-year enforcement plan that includes a focus on rooting out discrimination in the temp industry.

The festival will present its new Citizens Filmmaker Award to documentarian Ken Burns April 28. The award recognizes “his unparalleled work as one of the most influential and celebrated historical documentarians,” according to the festival. In addition, the audience will receive a sneak peek of Burns’s 10-part, 18-hour documentary film series, The Vietnam War, scheduled to premiere on PBS this fall. 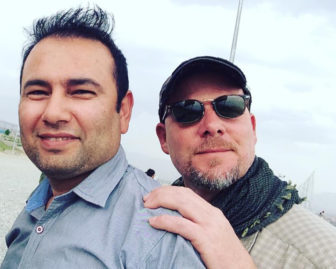 Inductees to be recognized for outstanding contributions to journalism this month include the late David Gilkey, an NPR photographer and video editor who was killed last June in Afghanistan. NPR leadership told staff that Gilkey and NPR translator Zabihullah Tamanna were killed when their Afghan army convoy came under fire. Prior to joining NPR, Gilkey spent 11 years as a photographer with the Detroit Free Press.

ProPublica, ICIJ and Michigan Radio are among winners in 17 categories to be honored for journalism excellence during an April 12 presentation in Cincinnati.

“We commend the work these journalists did in 2016 and the impact their words, videos and interactive elements will continue to have across our communities,” Liz Carter, president of the Scripps Howard Foundation, said in a statement. “They embody our motto of giving light and changing lives.” Scripps Howard will award $180,000 in prize money to this year’s honorees.

In the Topic of the Year category, which was the 2016 presidential election, ProPublica’s Alec MacGillis won a $10,000 award for “The Breakdown.” MacGillis is credited with capturing the “mounting wave of discontent, frustration and anger” in the heartland that led to Donald Trump’s presidential victory, according to Scripps.  His comprehensive reporting led to deeply reported post-election piece, “Revenge of the Forgotten Class.”

ProPublica also won a $10,000 Digital Innovation award for “Machine Bias,” an investigation into whether algorithms discriminate against some groups and favor others. Through crowdsourcing, bootstrap reporting, data analysis and working with experts to reverse-engineer algorithms, ProPublica discovered that Facebook was allowing advertisers to exclude people by race. The fallout prompted Facebook to rewrite its policies.

A $10,000 William Brewster Styles Award went to “The Panama Papers” by ICIJ, McClatchy and the Miami Herald for business and economics reporting. “It exposed offshore hideaways tied to mega-banks, corporate bribery scandals, drug kingpins, arms traffickers and a network of people close to Russian President Vladimir Putin that shuffled as much as $2 billion around the world,” according to Scripps. “Since the investigation, governments and corporations in 79 countries have opened at least 150 inquiries, audits or investigations.”

Michigan Radio’s Jack R. Howard will receive a $10,000 award for in-depth radio coverage in “Flint Water Crisis.” The entire Michigan Radio newsroom provided ongoing coverage of the city’s widespread water contamination, producing more than 500 radio stories and online articles. Its work resulted in the governor admitting the problem. Many state and local officials have since been charged with felony-level crimes. 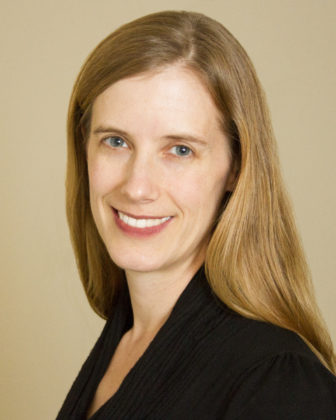 KQED health reporter April Dembowski received the top reporter prize for beat reporting in the association’s Awards for Excellence in Health Care Journalism. The award recognizes her body of work in 2016, including reporting that exposed how some pharmaceutical companies doubled the price of Seconal, the drug used for aid-in-dying patients, as well as how insurance companies have circumvented mental health laws, making it more difficult for patients to get the mental health care they need.

“Dembosky’s work shows the true range of a great health care reporter,” the judges noted. “In one year, she conducted a detailed investigation, broke important news in a closely watched area, and crafted original, human features. Dembosky’s stories were compelling and well-crafted, providing context, emotion, and character, often in just a few minutes. We were impressed by the creativity and breadth of her ideas, and the quality of her execution.”

The Center for Public Integrity and the Associated Press won recognition for reporting on health care policy in “Politics of Pain,” an examination of the politics behind the nation’s opioid addiction epidemic. The judges described the work as “a golden example of exhaustive reporting that was not exhausting to read because the stories are well told, edited, and organized — and tragically important.” 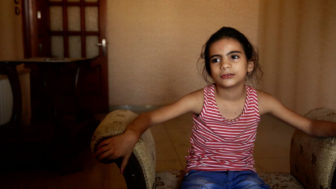 Frontline’s “Children of Syria” tells the story of four children surviving in war-torn Aleppo, and their escape to a new life in Germany. (Photo: Courtesy of FRONTLINE)

POV and GroundTruth won the Edward R. Murrow Award recognizing the  best documentary on international affairs with What Tomorrow Brings, examining women’s rights in Afghanistan. Frontline’s “Children of Syria” was cited for best reporting that shows concern for the human condition. PBS NewsHour won for best reporting in Latin America with its citizen-focused look at Colombia’s peace deal with the FARC rebels. Winners of the 78th Annual Overseas Press Club Awards will be honored April 27 at a dinner in New York.

In the Digital Media Awards category that honors excellence and trendsetters in traditional and emerging communications technologies, Katherine Cole in partnership with Oregon Public Broadcasting won the Culinary Audio Series award for “The Four Top,” a food and beverage podcast.

Another public media talent, Francis Lam of The Spendid Table was honored with two awards for excellence in food journalism. Both recognized his editing and writing projects. He won a cookbook award in the “American” category, for Victuals: An Appalachian Journey, with Recipes, a cookbook by Ronni Lundy that he edited. Lam  also won a writing award for his food columns published in The New York Times Magazine. 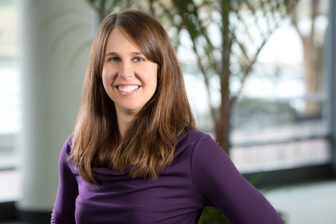 Lisa Worf, assistant news director at WFAE in Charlotte, received the 2017 Sunshine Award for journalism presented by the North Carolina Open Government Coalition. The award recognizes her ongoing reporting on a new law governing how police video is made available to the public. The law, which took effect last year, “exempted video from the public records law and created a new process through the courts for determining whether or not it should be released,” according to a press statement.

Worf is credited as one of the first people in North Carolina to test the new process of gaining access to a video of a police shooting. “From preparing to file a petition with the court, to arguing against attorneys representing the police department and district attorney’s office, Worf took her audience with her through the journey,” according to a statement. Worf’s request was initially denied, but she eventually convinced a court to release the video.

One thought on “ICIJ, NPR, Kentucky Center for Investigative Reporting win IRE honors, and other awards”