Creating compelling podcasts is on the to-do list of every public radio station in the country. Until recently, WHYY, the public media entity serving greater Philadelphia and home to Fresh Air with Terry Gross, had just dipped a toe into podcasting, mostly by turning its radio programs into podcasts. 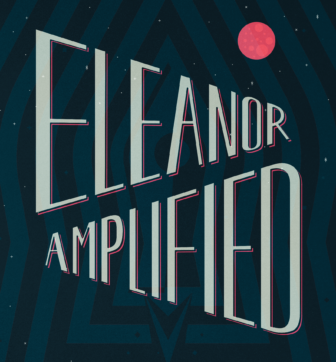 But we felt it was time to be more intentional. We wanted to better serve our listeners and harness energy within our building. We knew the only way to learn was to start, so we held an in-house competition to foster the creation of new podcasts. And that’s how we got The Radio Adventures of Eleanor Amplified, a new podcast for kids targeting 8- to 12- year-olds.

This past summer WHYY launched the 10-episode series, releasing one episode per week. Here’s what we saw:

High-profile attention has kept listening up even after all 10 episodes were released. Eleanor was featured on Amy Poehler’s Smart Girls website a couple of weeks after the final episode, reaching new fans who had the luxury of binge-listening instead of waiting each week for a new episode. And Matt Lieber, the president and co-founder of Gimlet Media, said on Gimlet’s Sampler podcast that his kids love it.

WHYY sees The Radio Adventures of Eleanor Amplified as a big success. The barriers to entry aren’t high in podcasting — certainly not as high as in broadcast. Of course, the challenges for reaching an audience are greater. So without a lot of experience in podcasting, how did we do it?

First, we made it a team effort from the start. Senior station leadership pulled together an internal team that included the creator/producer of the podcast, marketing, promotion and WHYY’s digital team. In addition, recognizing we didn’t have a lot of internal experience with podcasts, we brought onto the team from outside of WHYY a seasoned podcast producer and marketer, Rekha Murthy, whose savvy judgment and key contacts in the industry proved invaluable.

Then we made sure the content was outstanding. It’s easier to produce a podcast than a radio program. Therein lies a problem — the podcast can be created easily, and the urge is to push it out quickly. But in an ecosystem of nearly 350,000 podcasts offered on iTunes, if your podcast is not exceptional, you may get a first listen, but listeners won’t come back.

John Sheehan, a Fresh Air producer and the creative mind behind Eleanor, created a highly produced, very sound-rich pilot. We knew we had something great but still took the time to have our external consultant review the content and suggest changes.

We also had a children’s content expert listen to pilot episodes and give us feedback. We weren’t looking for marketing advice. Instead, we were looking for help in defining a target audience and also looking for a content review to ensure appropriateness and comprehension. It wasn’t a seal of approval, but more of a gut check.

Our consultants advised us to keep language simple and the narrative moving along. Rekha Murthy also emphasized the importance of an inviting and readable logo. Meanwhile, our content expert suggested that we narrow our target age range from 7–13 to 8–12 years of age and that focus on writing for a sweet spot of 11-year-olds.

John, who hadn’t created a podcast before, welcomed the input. The combination of seeking help from someone with more experience for an outside review, and the creator’s openness to editing advice, only made better what was already pretty special.

Eleanor is unlike anything our station has ever produced on the radio side. WHYY didn’t set out to make a fictional podcast for children. But we did set out to launch the best podcast we could find from among our talented staff. In other words, we let talent and quality, not subject matter, guide us.

The important takeaway for those who aren’t producing a program like “Fresh Air” is recognizing the value of getting a lift in some way from an established brand.

Besides having a great idea, navigating the path to have it produced was as important. Eleanor’s creator/producer has a full-time position at WHYY, and neither he nor we were ready for him to quit his day job to create Eleanor.

The co-executive producers of Fresh Air, Terry Gross and Danny Miller, deserve a lot of credit for supporting a staff member during this adventure while they still had to put out six outstanding Fresh Air programs a week. The support from them and other members of the Fresh Air team made a difference, as did John’s unwavering commitment and willingness to put in extra time for Eleanor. One can easily imagine a different scenario in which lack of support can sink a budding new project because of conflicts with existing work requirements.

We also had some funding. The Sutherland Family Foundation had given WHYY a grant to create an Audio Innovation Fund that covered the direct costs for a sound library, a logo design, some web design elements and some advertising at launch. With the grant, the modest direct costs to start Eleanor did not have to come from operating funds.

So once we had the content in as good a shape as it could be, it had to get noticed. It has to break through the screen, get attention and keep it. The vast majority of podcasts never get more than a few dozen listeners per episode. That would not be acceptable for a public media station. We knew it was essential to use every tool at our disposal, and to try new strategies as well, to let people know Eleanor was out there.

It was critical to get on the radar of iTunes and Stitcher in advance of the launch. We shared the pilot with them, as well as the launch date. Also, focused marketing around the first two episodes contributed to a high ranking on iTunes, which launched a virtuous cycle that gets more downloads and higher rankings. The focused marketing consisted of purchased marketing spots with podcast network Midroll, purchased social media ads on Facebook, regular social media posts by WHYY and mentions in WHYY newsletters.

There was also the hard slog of media outreach. Since it was our first go-round in the podcasting world, the podcast marketing consultant we had engaged, Rekha Murthy, reached out to dozens of prominent kids and comedy blogs. A few mainstream media were also targeted, but we primarily approached publications in Eleanor’s genre. In just about two days of dedicated work, spread out from pre-launch to the month post-launch, we contacted 35 to 40 publications, podcasts and blogs.

There is also the currency one acquires with face-to-face contact. John attended a podcast conference in Chicago, and the informal contacts made there later paid off in significant ways. We also created Eleanor swag that was distributed at kids’ events in WHYY’s area.

The moonshot for Eleanor was an interview on Fresh Air, the third most–listened-to NPR program behind Morning Edition and All Things Considered. Terry Gross featured the podcast in a Fresh Air segment and followed it with a clever ending to the show in which the villain from Eleanor hypnotized Terry using a hypno-ray that turned her into a crass, ratings-grabbing interviewer, only to have Terry rescued by Eleanor. The clever bit was downloaded many times by Fresh Air fans from the Eleanor web page.

There is only one Fresh Air, and Eleanor had the good fortune to be created by a Fresh Air producer. The important takeaway for those who aren’t producing a program like Fresh Air is recognizing the value of getting a lift in some way from an established brand. Think about WNYC’s Freakonomics podcast and radio show, which followed Stephen Dubner’s phenomenally successful books, and WBUR’s Modern Love podcast, playing on the popular Sunday New York Times column.

After you run the initial series, think of creative ways to relaunch it to gain new fans and remind your existing fans to pick up where they left off if they didn’t finish.

Season 2 of Eleanor is on the horizon, and we relaunched Season 1 just before Thanksgiving as a single-file “Road Trip Edition” for long car rides over the most-traveled weekend of the year. It was an opportunity for finding new Eleanor fans and replaying Season 1 for fans who are missing it.

So what did we learn, and what were important keys to our success?

Eleanor has only whetted WHYY’s interest in doing more podcasting. It’s a way to reach new audiences, and younger ones at that; it’s an outlet for the creative juices flowing through staff; and it’s a potential new source of revenue.

Eleanor had some raucous adventures in Season 1, including being shot into space by her enemy. It was an exciting ride for her, as it was for WHYY, and we’re all looking forward to Season 2.

Kyra McGrath is executive vice president and chief operating officer at WHYY. She is responsible for the operation of WHYY’s distribution platforms and production of all content, including news and information and arts and culture programming. She also manages engineering, legal and government relations for WHYY.