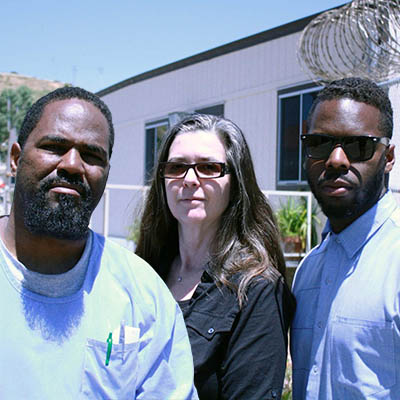 Producers of a podcast of stories told by prison inmates will get funding from the Public Radio Exchange to support a first season.

Ear Hustle won the Podquest contest held by PRX’s Radiotopia network, which sought to foster new ideas for podcasts. The show will receive backing for a 10-episode season to debut next year.

The podcast is a partnership between artist Nigel Poor and two prisoners at San Quentin State Prison in San Quentin, Calif. It will be produced within the prison.

The stories are “true, compelling first-person narratives that are difficult, honest, funny, poignant and real, while revealing a more nuanced view of the people serving time in American prisons,” according to a PRX blog post.

“We are beyond excited to be Podquest winners,” Poor said in a press release. “My hope is that Ear Hustle can help show that people inside and outside the prison system can work together as colleagues.”

Poor added that the podcast is “teaching men viable skills and showing the world the effect of rehabilitation, and that change is possible.”

“I hope our project shows the potential for a different story about people who are incarcerated,” he said.

The idea for the show stemmed from segments produced for Crosscurrents, a show on KALW in San Francisco.