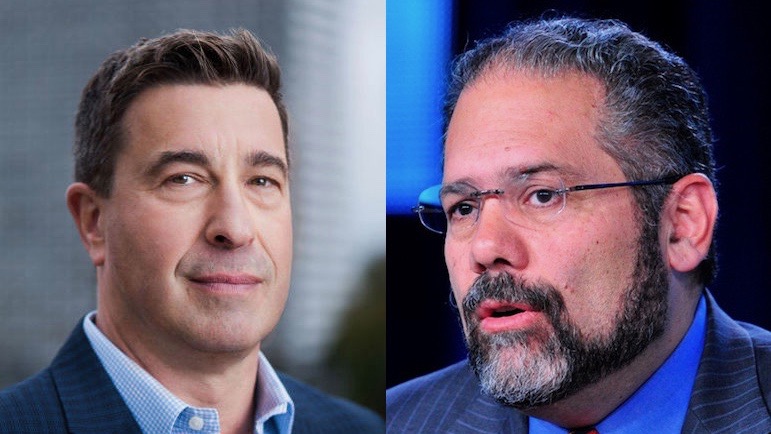 “The elections are obviously a very heavy lift from the start of the primaries to election night,” said Chris Turpin, NPR’s v.p. of news programming and operations. “That amount of live programming over time takes a huge amount of people, a huge amount of effort, and ultimately we’re committed to the idea that we’re one network and we want to be one network. And that means we want to work closely with member stations.”

NPR approached KQED about holding down two hours of anchoring after a successful collaboration on primary coverage, when KQED aired live for an hour and WNYC covered an hour from the East Coast.

NPR decided to have a West Coast station pick up reporting on election night “in order to have people broadcasting from the area where the action is happening and the races are still really alive,” Turpin said.

KQED was chosen in part because of the size of its newsroom — about 50 reporters — but also because “they’ve been very interested in coverage that is more than just San Francisco–based,” Turpin said. “… [W]e were just really on the same page editorially.”

The station’s own live coverage for local audiences will start at 8 p.m. Pacific time, then move to special statewide coverage from 9–11 p.m. “So we’re already equipped to do this sort of thing,” said Holly Kernan, executive editor for news at KQED.

The decision to work with KQED is part of NPR’s larger strategic goal of working more with stations. In the past year, NPR has worked with stations to cover other political news, as well as breaking events such as the police shootings in Dallas.

“I think it’s a wonderful new direction that NPR’s going in,” Kernan said. “… [T]his is a good direction for stations and the network to really leverage our resources rather than be duplicative. I see this as a trend that I hope will increase.”

Turpin said NPR will continue partnering with stations with a statehouse reporting collaboration that it plans to announce after the election. Like the political reporting partnership, the statehouse collaboration will build “a really good team of member station reporters across the country who can do reporting for a national audience” and work together on regional issues, Turpin said.

“Why would we want to build something on election night that essentially already exists at a station at a very high level?” — NPR’s Chris Turpin

KQED will pick up the added costs of contributing to a live national broadcast, according to Kernan, though NPR is footing the bill for providing Suarez. Collaborating with NPR is also more time-consuming for KQED, but Kernan said the effort will be worthwhile because it will provide a better experience for listeners.

“This is a gesture [by NPR] to say stations matter, stations have resources, stations have talent that the network should tap into, and that we truly are a network and not a distribution model,” Kernan said.

Meanwhile, live hosting provided from the East Coast by NPR would not have served the audience as well as KQED, “who knows the audience,” Turpin added.