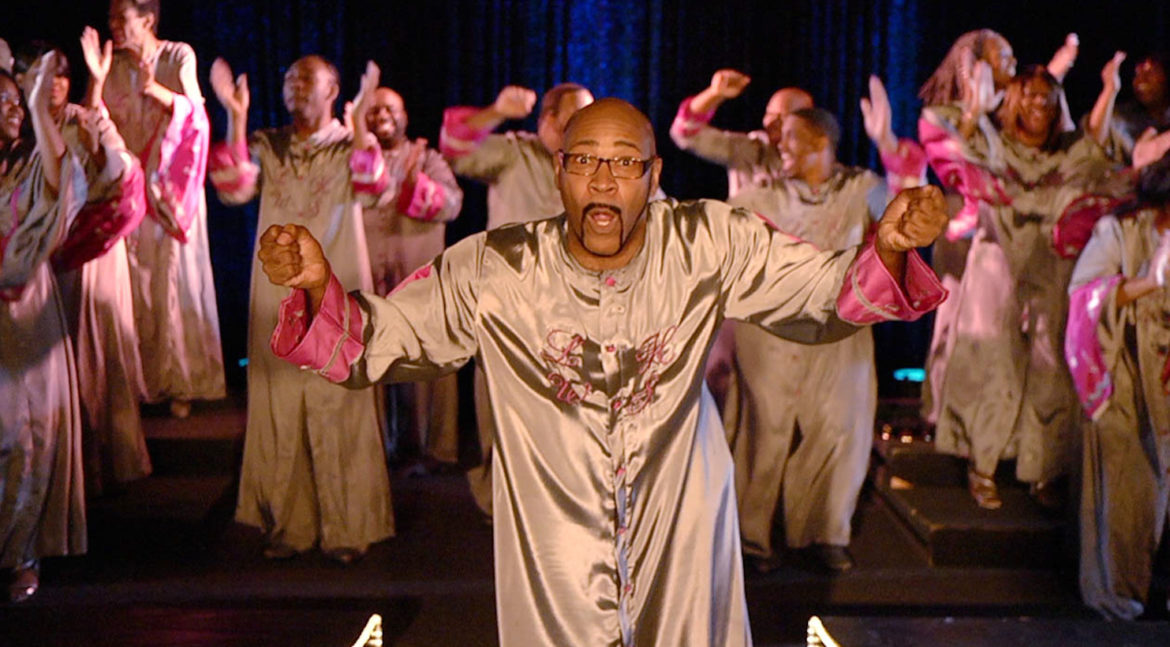 “What does this city know about luxury?” the narrator on the Chrysler spot said derisively. “What does a town that’s been to hell and back know about the finer things in life?”

Plenty, Sacks thought. Sure, the ad went on to extol Detroit’s virtues. But he was tired of that persistent downtrodden stereotype. Sacks was perturbed that America hardly ever saw positive aspects of the city, such as its vibrant arts scene and resilient religious congregations.

He was all too familiar with Detroit’s challenges. As a freelancer as far back as the 1970s, Sacks had photographed a New York Times story on the city’s high murder rate. More recently, in 2008, Mayor Kwame Kilpatrick resigned after being charged with two felonies. In 2013 the city filed for bankruptcy. A Bloomberg headline from that year: “Abandoned Dogs Roam Detroit in Packs as Humans Dwindle.”

All the while, Sacks said, he was “raising chickens and children” in Chelsea, Mich., some 60 miles west. The Super Bowl ad kept gnawing at him.

So Sacks decided to do something about it: Create his own film about life in Detroit. That required him to get up to speed on video photography, learn to direct a documentary and run a crowdfunding campaign. He also organized a festival appearance and secured timeslots on two public TV stations and national distribution through the National Educational Television Association.

Let’s Have Some Church Detroit Style follows the Hallelujah Singers, an energetic all-star gospel choir that draws members from churches throughout the city, as it drills for an important national competition. The film profiles several singers, their work in and for Detroit, and the personal and community-wide problems they’re striving to conquer.

One subject in the film recalls her own hesitancy over what she thought could be yet another look at Detroit’s troubles.

“I told Andy, I live in a house on a block in an area where we all have green lawns and keep them mowed,” said Deborah Smith Pollard, a University of Michigan-Dearborn English professor and gospel music expert. “We have trees and flowers. We all work hard on our homes and our jobs. There are so many other things to show” beyond crumbling infrastructure and financial woes.

Smith Pollard told Sacks she would appear in his documentary, but only if it captured that positive spirit of the city.

“I’m hoping that all kinds of different communities see this,” Sacks said. He has screened the film at several locations, including a prison and a senior center. “It shows the reasons for us to all live and work together. I think we can all learn something from the way these choir members conduct their lives.”

Sacks first encountered the Hallelujah Singers and their charismatic musical director, E. LaQuint Weaver, several years ago when he shot an album cover for them. He remembers thinking that still photography just couldn’t convey the excitement of the group in action.

At the time Sacks also was pondering expanding his stock photography business into video. He and Patrick Murphy, a longtime acquaintance who had recently retired as manager of a University of Michigan video production service, took a road trip to Chicago to check out new equipment.

“I mentioned to him this choir, and that I was interested in doing a project, but wasn’t quite sure how to approach it,” Sacks said. “We started talking about it as we left Chicago on the way home. Five hours later we had a game plan for a film.”

Both men would handle audio and video for the low-budget production. They’d create a documentary revealing Detroit “through the eyes and activities of members of the choir,” Sacks said. There was an auto worker — “the iconic Detroit occupation,” he said. A 15-year veteran police woman. Several young African-American men who were doing important volunteer work. A former drug addict who kicked the habit and inspired others to get clean.

The profiles would be woven throughout rehearsal and performance footage as the Hallelujah Singers worked toward the 2014 Rhythm of Gospel Awards in Birmingham, Ala., a major national gospel showcase.

Sacks and Murphy began filming but lacked financial backing. They turned to Kickstarter — which was a challenge, Sacks admitted. “I matured in the still photography business,” he said. “When my work was used, an agency paid me a commission. The idea of asking people to help on a project before we had a work product to show them was totally different.”

The Kickstarter campaign launched in April 2014. By June, 57 backers pushed it over its $25,000 goal. “To be frank, we got very little support from people whom we didn’t know,” Sacks said. “We weren’t pioneering an item, like selling some totally new kind of chain for a bike. We were only promising a film.”

But the successful campaign was enough to attract attention from the Detroit Free Press, which sponsors the annual Freep Film Festival. Organizers wanted to close the festival with the premiere of Let’s Have Some Church Detroit Style at the Detroit Institute of Arts. Sacks organized a fitting finale, complete with a rousing performance by the choir. “About 550 people showed up,” he said. “It took my breath away — the crowd started applauding at six different points in the movie.”

The exciting Freep premiere brought the project to the attention of Detroit Public Television. “We definitely seek out local filmmakers and local content — that’s one of our key missions,” said Dave Devereaux, s.v.p. of broadcasting. “We’re committed to telling Detroit’s story in every way we can.”

Devereaux was impressed with the film, from its “beautiful visuals” to its “feel-good story. It’s so Detroit, its spirit and heart and soul,” he said. DPTV presented the local broadcast premiere of the 90-minute film last October; it peaked at a .6 rating, about 17,000 viewers. That’s slightly above-average, he said.

He also worked with Sacks on an hourlong pledge version for December, with the director and choir members appearing during breaks. “We weren’t looking to raise a gazillion dollars,” Deveraux said. “It was a really nice community engagement opportunity for us,” which ultimately brought in around $1,200.

That experience led Sacks to consider possibilities for working with other public TV stations. He saw parallels between the urban challenges of Detroit and Baltimore, and approached Maryland Public Television.

Coincidentally, MPT had recently started an initiative focusing on acquiring more content from independent producers, said Lauren Stevens, now in charge of those efforts. “We’re working with filmmakers who may not be familiar with how public TV works” such as Sacks, she said.

“This kind of film is wonderful for all communities because it shows how people can become energized through their artistic passion,” said Kate Pearson, managing director, programming. The film premieres in October during a Friday-night music block on MPT2.

Sacks also wanted to offer Let’s Have Some Church for national distribution. He’d had presenting-station discussions with Detroit PTV, “but our finances just didn’t allow that,” he said. A local filmmaker recommended that Sacks contact NETA.

The entire experience of creating and distributing the film has been exciting for Sacks. This June Let’s Have Some Church Detroit Style won a regional Emmy for cultural documentary, laudable recognition for the first-time director.

“I never even won a Little League trophy,” he said.