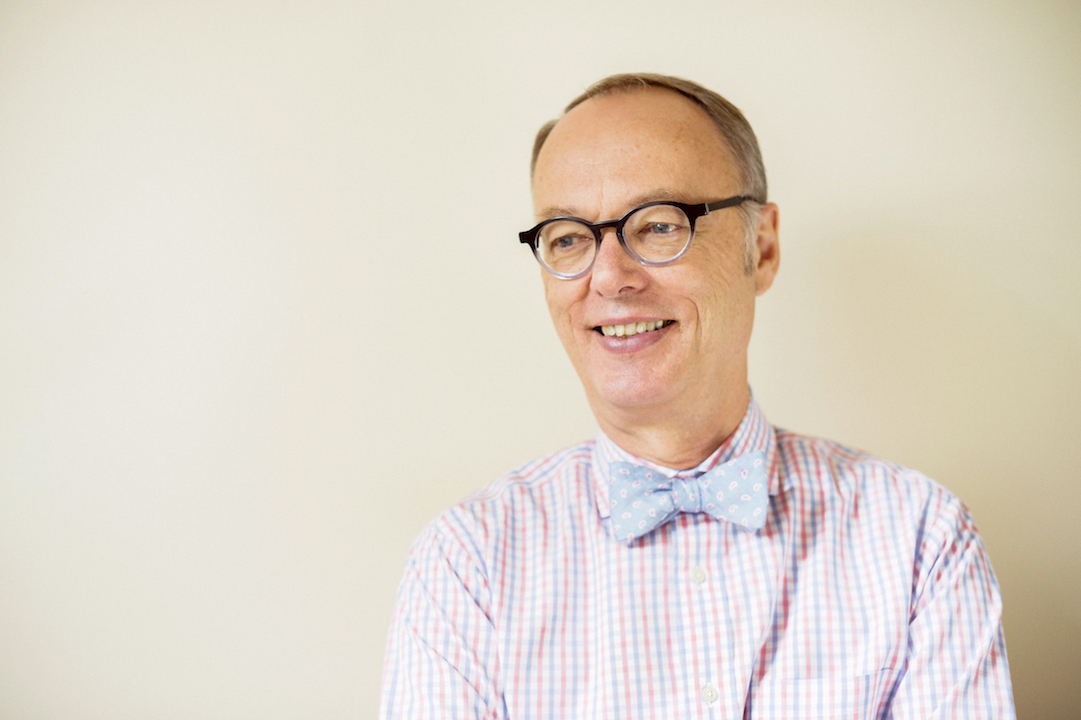 “I’ve always wanted to teach people how to cook, not just to follow recipes,” Kimball said in announcing his Milk Street Kitchen, a media enterprise and cooking school named for its Boston address. In addition to the PTV series, Milk Street will publish magazines, cookbooks and digital content. A nonprofit arm will provide free classes to cooking instructors and other students.

“We think that home cooking is really at a major turning point, much like the fashion and music industries several years ago,” Kimball told Current. “We’re looking all over to extract ideas and ingredient combinations and techniques to create a more modern food repertoire.”

After Kimball left ATK last fall in a contract dispute, a “small team” of colleagues followed him, Kimball said, including his wife and producer, Melissa Baldino.

“I’ve done 25 seasons of TV shows,” Kimball said. “Now the question is, how do we do an even better show? This is a more expansive view of cooking than America’s Test Kitchen. We have an opportunity to do a lot of new things.”

Kimball will host the new TV series and welcome guests such as Fuchsia Dunlop, author of Every Grain of Rice: Simple Chinese Home Cooking.

The public TV program will launch nationally in September 2017 through American Public Television distribution, Kimball said. WGBH in Boston is co-presenting it for broadcast.

“Chris is a savvy pioneer who is exceptionally talented in both the culinary and business worlds,” APT President Cynthia Fenneman said in an email, adding that APT “believes viewers will be keenly attracted to his vision for the series.”

The TV series will explore origins of food, recipes and techniques. This weekend, Kimball said, they’re shooting in London. “This show goes deeper into how the recipe came to us, what we did with it and why,” he said.

Kimball will continue hosting America’s Test Kitchen Radio through the end of the year, when Milk Street Kitchen will take over the production, he said, adding that he’s in talks with ATK on other possible collaborations.

Kimball will also be making visits this fall to public TV stations.

He launched Milk Street Kitchen with $6 million from silent investors, “and let’s just say that I’m thoroughly invested with my own money as well,” Kimball added.