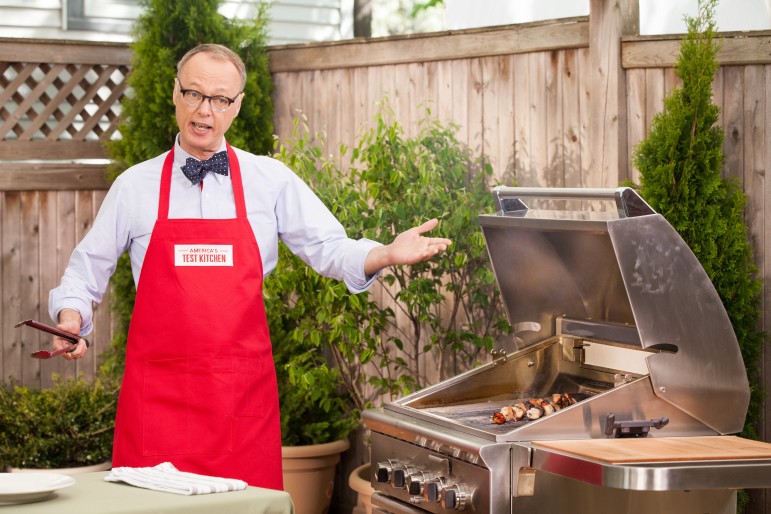 Christopher Kimball, who co-founded America’s Test Kitchen and grew it far beyond a public television cooking show, is no longer with the business.

“We made every effort to offer Chris a reasonable contract that reflected his significant contributions to the company,” Nussbaum said, “and are disappointed that we could not reach agreement.”

Kimball will remain as host for the 2016 seasons of ATK and Cook’s Country, the announcement said.

On public TV, ATK has aired in 187 markets on 361 main stations and 349 secondary channels in 2015 to date, according to a spokesperson for Boston Common Press.

The company has undergone several major changes over the past few months, with more to come.

Nussbaum arrived in September as the first chief executive of Boston Common Press and board chair. Previously he was c.e.o. of F+W Media Inc., a publisher and e-commerce company in New York City.

Boston Common Press said it plans to hire an additional 25 staff members in content, television production and digital media over the next six months.

ATK also expects to announce a multimedia program on the science of food and cooking early next year, based on its recent best-seller, The Science of Good Cooking.