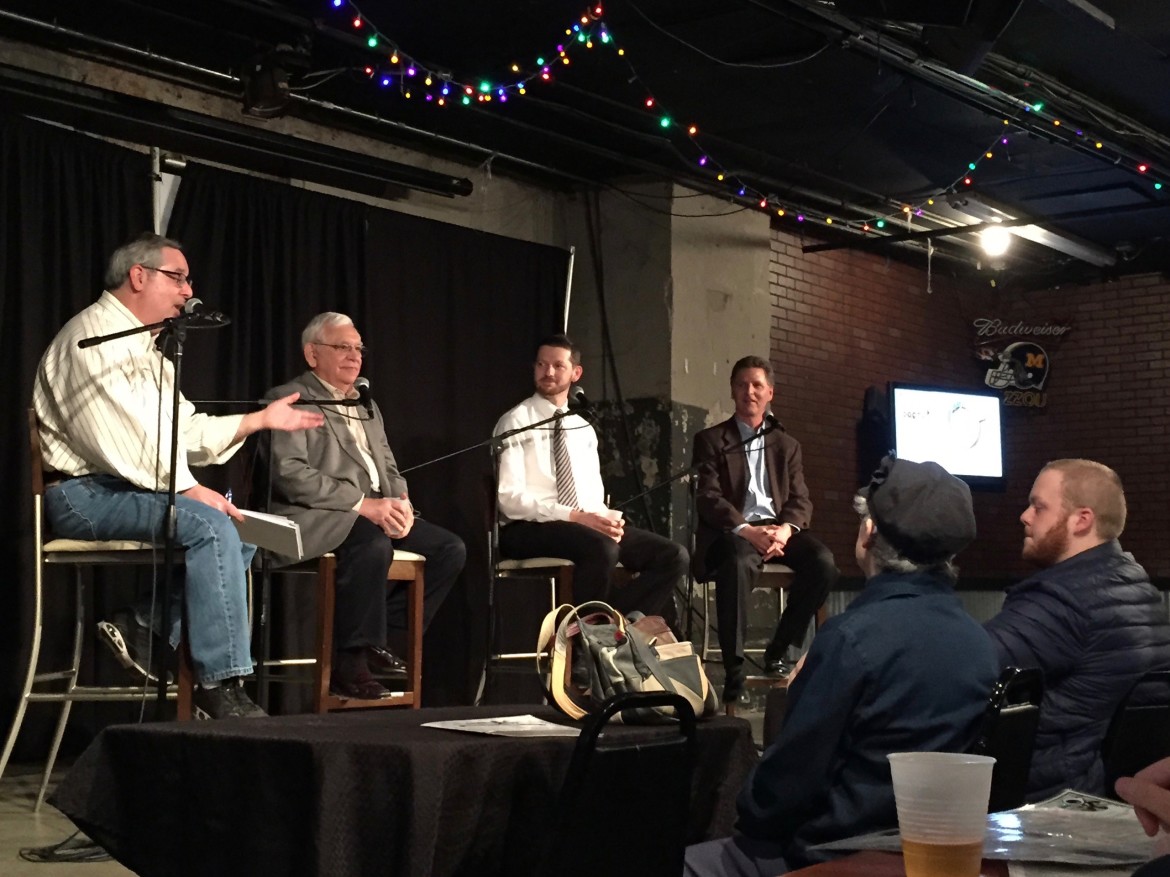 At the end of the day Thursday, millions of people will make their dreary evening commute just a little brighter by plugging in to their favorite public radio show.

They’ll head home and discuss what they heard over dinner. They’ll post obsessively about it on Facebook. They’ll beg their parents to tune in.

Local public radio stations won’t see a dime from that activity, however. That’s because the listeners are cueing up Serial, the runaway megahit public radio show that isn’t distributed via public radio.

But public radio’s situation isn’t all bad. Rather than being the canary in the coal mine of failing legacy media, Serial represents a massive opportunity that could help save public radio as we know it.

Viewed one way, Serial is the most resounding warning shot yet that local public radio stations are becoming obsolete. Many of our core listeners or, most frighteningly, the listeners who will one day form our core are bypassing local stations in record numbers and still getting what they’re looking for. NPR saw a 75 percent increase in podcast downloads in 2014. The “cord-cutting” of radio is underway.

Put another way, however, it’s a perfect chance to find new ways to connect listeners’ favorite audio content to the core promise that stations make to their communities.

The millions of ardent fans who nearly threw their phones at the wall when Serial announced they’d have to wait longer for new episodes are millions of people who could be filling that downtime with what stations also produce: great audio content.

And while information about the demographics of the podcast audience are hard to come by, it’s generally agreed that it skews much younger than public radio’s listenership and is possibly more diverse.

As a trailblazer in great audio, public radio stations should also recommend to their audience podcasts from outside of public media.

<rant>Let me address those of you screaming that Serial isn’t a public radio program. It’s produced by the people behind This American Life and in collaboration with Chicago’s WBEZ; it receives support both from community businesses and from donations by the public. It is smart, interesting, responsible and seeks to contribute to the public good. It has all of the features of public radio but the radio.

This American Life, Radiolab, heck, even your daily Morning Edition broadcast — millions listen to public radio shows every week without the radio. What’s the difference?

No, we can’t broadcast Serial for a number of reasons, including that its money-generating advertisements are actual advertisements and not governed by underwriting rules.

If you pay for This American Life, you support Serial. Even if you don’t, it’s an example of the kind of grand, breathtaking project that the public radio system can produce, but only with listener support. It’s something to be proud of, something to celebrate. Something to connect your audience with.</rant>

So here we have millions of people waving their hands in the air — hey, I’m a young, engaged listener looking for great audio that expands my brain. Well, I have just the thing for you. Have you ever heard of Morning Edition?

Ah, if only it was that easy. Here’s how we start.

We need to convince listeners that a gift to their public radio station still supports the creation of their favorite audio content.

We have to “sell” around Serial. (And Planet Money, Hidden Brain, Invisibilia and so on.)

Fully half of the top 20 podcasts on iTunes at recent check were children of the public media system. That would be Serial, This American Life, TED Radio Hour, Radiolab, Fresh Air, The New Yorker Radio Hour, Planet Money, Wait Wait … Don’t Tell Me!, Hidden Brain and Invisibilia.

Money from your budget is going toward creating these shows that people love. It is thanks to you (in part) that these great shows exist. You deserve to get paid for it.

We should include pitches for Serial and the like in our fundraising efforts. We should promote these shows via social media, at station events and in newsletters.

Really, as a trailblazer in great audio, public radio stations should also recommend to their audience podcasts from outside of public media.

At KCUR in Kansas City, Mo., we host a monthly Podcast Party, a live event at a local bar where we introduce the audience to a podcast we love and then sweeten the pot by adding something new and different and local — an interview with a local expert on the topic, for instance. What began as a super-popular listening party for Serial’s first season has morphed into an attempt to connect our local station to the podcast ecosystem. (The Serial parties were way more popular, FYI, but we’re building an audience.)

Sure, it’s possible that a valuable listener will add a show to the podcast app on their phone on your recommendation and never listen to your station, let alone support it, again. My argument is: That’s not likely, at least not until their robot car serves them up a hologram of Adele singing a personal wake-up concert on the way to work every morning.

And, most importantly, if they’re adding podcasts to their phone anyway, it might as well be on your recommendation. They’ll appreciate the tip.

Jeremy Bernfeld is the editor of Harvest Public Media and based at KCUR 89.3 in Kansas City. Find him on Twitter @JeremyHPM.