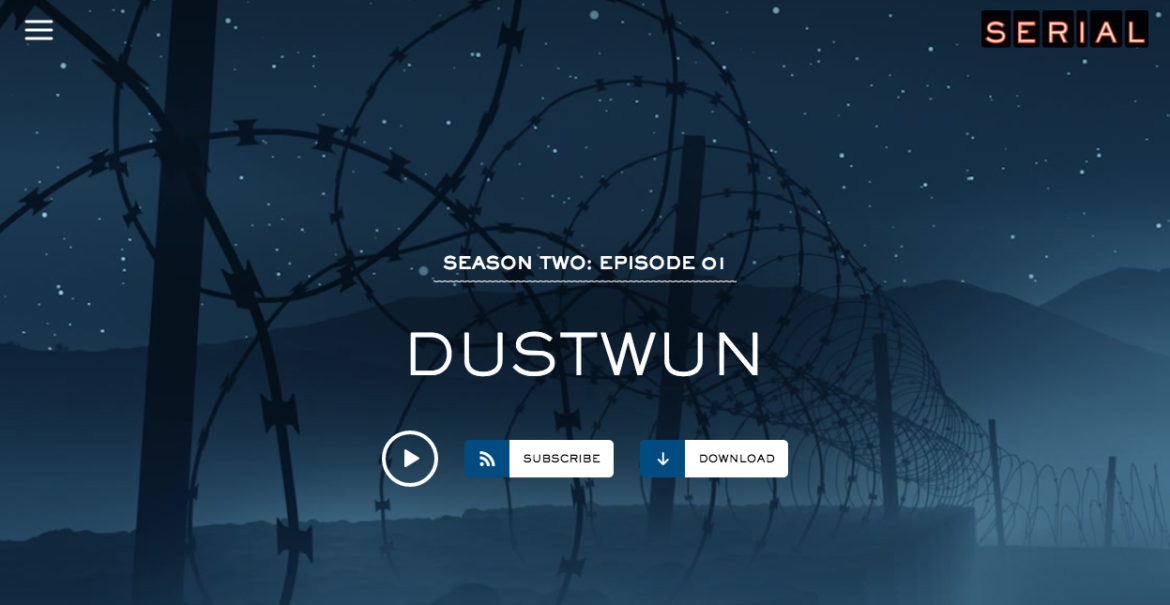 The podcast Serial surprised fans with an early present in their podcast feeds Thursday morning with the launch of its second season, more than a year after the first season’s release.

As previously reported, this season focuses on Bowe Bergdahl, a U.S. soldier captured by the Taliban after abandoning his post in Afghanistan in 2009. As Sarah Koenig pointed out in an email to fans, it’s a story “a gazillion people have heard about,” and the case is still active.

The season also looks at whom Bergdahl’s decision affected “and the choices they made,” Koenig wrote in the email. “Unlike our story in Season One, this one extends far out into the world. It reaches into swaths of the military, the peace talks to end the war, attempts to rescue other hostages, our Guantanamo policy. What Bergdahl did made me wrestle with things I’d thought I more or less understood, but really didn’t: what it means to be loyal, to be resilient, to be used, to be punished.”

Filmmaker Mark Boal allowed Serial to use interviews with Bergdahl that he conducted for an upcoming movie, according to the New York Times.

Serial has become its own public benefit corporation since last season and added a community editor. The podcast has also signed a deal to appear on Pandora.

As of June, episodes of the podcast’s first season had been downloaded over 87 million times.