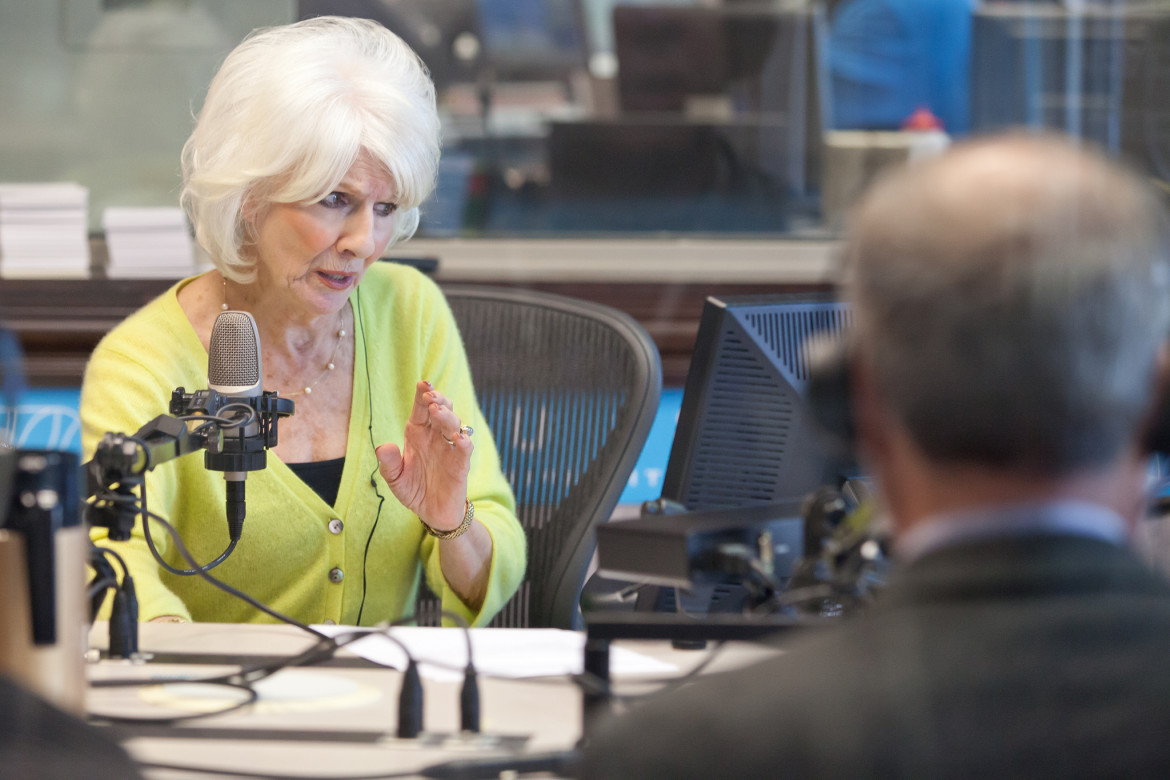 Diane Rehm acknowledges that her nearly four-decade–long reign as the queen of public radio talk is somewhat unlikely.

As she described it to me on The Pub, Rehm has “a voice that first people tune into out of curiosity. ‘What is this woman doing on the air?’”

But soon that halting, increasingly weary-sounding voice won’t be on the air. The 79-year-old Rehm plans to step away from the mic after this year’s election.

It has been a time of great changes and challenges for Rehm.

Her husband died in 2014 after denying himself food and drink so as to end his suffering from Parkinson’s disease. Her ensuing advocacy for the legalization of physician-assisted suicide ran afoul of the ethics guidelines at NPR.

These events, along with Rehm’s decision to abdicate her daily national radio slot, are the subject of her new book, On My Own.

On this week’s episode of The Pub, Rehm and I discuss all of the above and more, including who might replace her in the host chair and her feelings about her head-to-head competitor, Tom Ashbrook.

Also on the show, my thoughts on NPR’s recent controversial move to conspicuously brand its hourly newscasts as “live.”