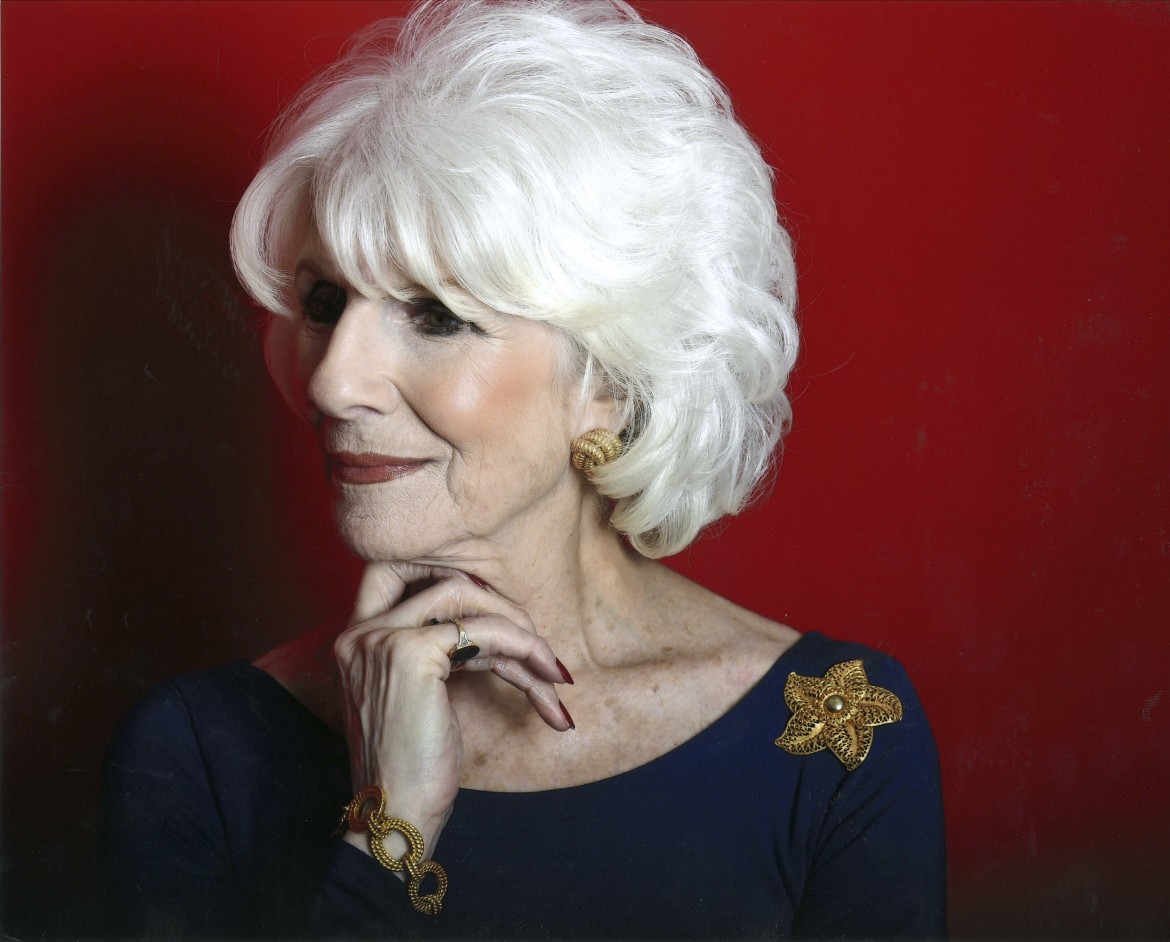 Public radio’s Diane Rehm has written a new book in which she discusses the death of her husband of 54 years, John, and the challenges she has faced in continuing life without him. In this excerpt from On My Own (Knopf Doubleday), Rehm also addresses her forthcoming departure from her long-running weekday talk show.

And now I begin to wind down my career. It’s time, I believe, to have a younger voice in the ten-to-noon national spot. I’m not thinking of it as an act of generosity — rather, one of realism. All of media is seeking younger people as listeners, viewers, participants. And by the close of 2016, I’ll be eighty years old.

The network and my listeners have grown used to my gravelly, breaking voice, but as I hear the speed with which younger voices permeate broadcast and cable, my sense of my own voice and the difficulties it imposes, both for me and for the listener, begins to take hold. Something new and fresh is needed. It’s time for me to move on.

As we at WAMU proceed with discussions about my retirement from the microphone, I realize I’m feeling a growing sense of depression, in regard both to the pending loss of a huge part of my identity and to concerns about my financial future. However, my financial advisers have helped to create a balanced plan for me that should allow me to live in comfort — certainly not luxury — for the rest of my life.

But after what seems a lifetime of delving into issues that are not only interesting but absorbing, I wonder whether I’ll be able to find fulfillment in other activities. Every weekday morning I’m forced to slough off some of the emotional heaviness I’m beginning to experience as the red light signaling “on air” goes on. I have to maintain my energy, my interest, my concentration, and for the most part I’m able to do that. Yet as I sit at my desk in my office, a room flooded with light, surrounded by photographs of my husband and family, and hearing our producers as they discuss the program about to begin and the one coming up tomorrow, I know I’m already feeling a sense of profound loss. In the year and a half remaining to me in this position, I must find a way to allow myself both to understand and to accept those feelings while trying to bury them as I go on doing my daily work. So even as I continue to experience the loss of John, I am working to adjust myself in anticipation of the loss of what has been my daily occupation.

How will I fill the void left after what will be more than thirty-seven years at the radio station that has been at the center of my life? Who will I be?

There’s a conflict raging inside. I cannot imagine very many people, especially those of my age who are healthy and able-bodied, wanting to give up something so precious as work that is so interesting and so fulfilling. Yet I recognize and acknowledge that I am getting tired: tired of having to be “on” all the time; tired of having to awaken so early in the morning; tired of having to go to bed so early at night; tired of having to concentrate so hard each and every day. I know that it’s time to retire because I’m slowing down. It’s hard to admit that to myself, but I do feel it — I’m more tired at the end of each day than I ever used to be, and I recognize that’s natural. But it’s hard to give in to this reality, hard to say to myself: Diane, it’s time.

Of course, that prospect brings on even more grief. How will I fill the void left after what will be more than thirty-seven years at the radio station that has been at the center of my life? Who will I be? I remain a mother and grandmother, but only at a distance. I remain a woman of strength, of ideas, of energy, so how will I focus the years I have remaining to me?

Today’s Easter service at the National Cathedral was the first I’ve attended without John. As always, the flowers, the music, the sense of celebration was everywhere, and most especially in the sermon given by Bishop Mariann Budde. She is bishop of the Episcopal Diocese of Washington, which includes not only this city but large swaths of Maryland.

Easter, of course, celebrates the resurrection of Jesus of Nazareth, crucified on the cross, according to the New Testament, after he was condemned to death on what we Christians call Good Friday. On the third day, the tomb where he’d been laid was found by Mary Magdalene to be empty, with only the shroud in which he’d been wrapped when taken from the cross still remaining.

Bishop Mariann (as she prefers to be called) spoke of how all of us have experienced some loss, some regret, some major sadness in our lives, and how that feeling of loss may dwell with us for long periods, even a lifetime. But, she said, all of us have it within ourselves to move on, to experience a resurrection, to know life in a different way from what it was before our loss; life without that person or that body of work or that major element that had previously been a central part of our existence.

I thought of John, and how much he loved this service of Easter, singing so joyfully the hymns celebrating what became the foundation of Christianity, the resurrection of Christ Jesus. I thought of John’s ability to listen, to be exquisitely conscious of what others around him were saying and even feeling. I thought of his extraordinary kindness to others — the beggars on the street whom I would pass while John unfailingly stopped to offer a dollar or two. I thought of his own conversion experience there in New York, after a lifetime of rejecting Christ, at the Church of St. Thomas the Doubter.

And then I began to wonder about my own transitions, not only from married woman to widow but also from national radio talk-show host to … who knows what?

From the book ON MY OWN by Diane Rehm, copyright © 2016 by Diane Rehm. Published by arrangement with Alfred A. Knopf, an imprint of The Knopf Doubleday Publishing Group, a division of Penguin Random House LLC.