WASHINGTON — The first NPR board meeting since the departure of Michael Oreskes included appearances by employees who asked for a quick and thorough review of how the network handled sexual harassment allegations against the former VP of news.

“I need you as NPR board members to understand at the very deepest of your cores that NPR has been a place that has preserved some men’s reputations at the expense of women’s careers, women’s mental health and even our physical bodies,” said NPR newscaster Korva Coleman, the first of seven attendees to speak during the board’s public comment session Thursday.

“… We can no longer be a workplace that tolerates abuse,” Coleman said. “We are sad, full of dread, and we are angry.”

Coleman urged board members to work to understand the fears both male and female employees at NPR have about speaking out when harassed. “It will not work to attempt solutions without knowing the true scope of this problem,” Coleman said. (After the meeting, Coleman declined to expand on her comments.)

The newscaster also read a statement on behalf of Mark Memmott, NPR’s supervising senior editor for standards and practices, who was unable to attend the meeting in person. “Mike Oreskes failed us,” Memmott wrote. “He couldn’t follow through on a promise that’s on the first page of our ethics handbook: to ‘hold those who serve the public to a high standard and ask no less of ourselves.’”

Oreskes resigned at the request of NPR CEO Jarl Mohn Nov. 1 after the Washington Post revealed accounts by two women who said Oreskes made unwanted physical advances on them in the 1990s, when he worked for the New York Times. Following the Post report, Mohn disclosed that Oreskes had been disciplined for two complaints filed in 2015 by female NPR employees. 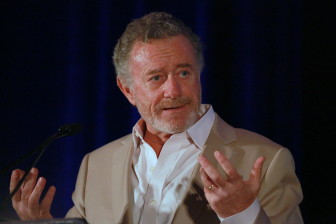 Several attendees at the board meeting voiced support for Mohn, including podcaster and retired talk-show host Diane Rehm, who made an appearance to call Mohn “the best leader of NPR I have ever experienced” in her 40-plus years in public radio.

Rehm was joined by J.J. Yore, GM of WAMU in Washington, who seconded her support of Mohn and said he was worried about possible “collateral damage” resulting from the Oreskes aftermath.

“What I see in the president of NPR is someone who is committed to doing the right thing, who is open to hearing where he may have made mistakes, and who has brought a very necessary and welcome stability to both the organization and to the system and to the public that we all serve,” Yore said.

“I came here to tell you that I support Jarl,” said Laura Soto-Barra, chief of NPR’s Research, Archives and Data Strategy unit. Soto-Barra asked the board to allow Mohn to complete his contract as CEO. “He made mistakes,” she said. “He apologized. I believe he is not a malicious person.”

In a memo to staff Nov. 7, Mohn said he had failed to see “the bigger pattern of poor judgment and unacceptable behavior” during Oreskes’ time at NPR. The CEO is on medical leave for at least four weeks due to high blood pressure.

‘A whole lot of listening’

Martina Stewart, a digital editor on NPR’s Washington Desk, told board members that she had worked in employment law before joining the network and that the harassment issue was “not that complicated a problem to solve.”

“There are probably some people along the way in how all this was handled with Mike Oreskes who didn’t do their jobs properly,” she said. “You need to find those people and impose some accountability on those people. … When I say that, I mean the people in the general counsel’s office, the people in the HR department, perhaps our outside counsel who is responsible for labor and employment issues, and the senior leadership in the newsroom downstairs.”

“I hope we get this handled very quickly,” Stewart added, who pointed out that the Old Vic in London has already completed a report on Kevin Spacey, where the actor was artistic director.

NPR board meetings rarely draw as many speakers or as much interest. Some employees watched from a nearby overflow conference room.

Big turnout for @NPR board meeting’s public session as we confront our workplace sexual harassment issues. We are in overflow room pic.twitter.com/bue1ktb9iz

The board wasted no time in addressing the harassment issue during its opening session Wednesday. Outgoing board Chair Roger LaMay said members have “a lot on our plate — first and foremost, our consideration and investigation and a whole lot of listening in regards to management’s handling of sexual harassment in the workplace. A number of contributing factors that got us here. We are committed to a thorough and transparent process.”

LaMay, GM of WXPN in Philadelphia, then announced he would not seek a third term as chair, citing the time commitment of leading both a station and the board as it investigates the harassment. The board announced Thursday the appointment of Vice Chair Paul Haaga, a retired investor and former acting CEO of NPR, to replace LaMay as chair. 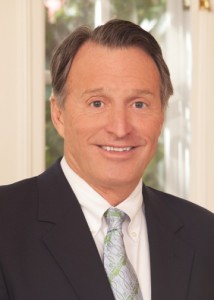 “I firmly believe that this is an opportunity to make NPR the best it can be,” Haaga said. The board has formed a special committee to handle the Oreskes investigation, led by Wonya Lucas, CEO of Public Broadcasting Atlanta.

Lucas reported at the meeting that in coming weeks the committee will interview law firms to lead the investigation. “The scope includes any claims of sexual harassment,” she said.

Board members also named Jo Anne Wallace, VP and GM at KQED in San Francisco, as vice chair. “This board is committed to the mandate that sexual harassment will not be tolerated at NPR,” Wallace said.

NPR executives gave other assurances during board sessions Wednesday, with Christopher Turpin, interim leader of NPR News, telling members that the newsroom has “a cohesive sense of who are and what we’re trying to do and where we’re trying to go.”

Executives also said the network will continue to raise funding for the regional journalism hub model that Oreskes advocated for and to arrange collaborations among partners.

“The recent leadership changes don’t affect the vision for the hub network,” said Gemma Hooley, VP for member partnership. “The vision is enduring and strong and owned by a lot of people, not just one person.”