A reporter-in-training once told me she wanted to give up on reporting. On one assignment in an unfamiliar community, people didn’t want to talk to her. She felt out of place — and presumed people wouldn’t talk to her because she wasn’t like them. 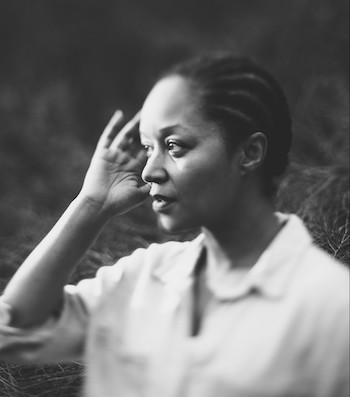 She thought it was different for me, a person of color. She assumed I have an “in” when it comes to reporting on communities of color. I’m not going to lie. Sometimes interviews feel very comfortable, like talking to an auntie, but that doesn’t entirely mean I have an “in.” I once spent close to a year trying to secure an interview, and when we finally met, the coordinator told me, “I would have gotten back to you sooner if I’d known you were black.”

We laughed together, but inside, I wasn’t laughing. Since I’m not going to be signing off emails as “Senior Black Reporter,” I started thinking about the many things that are beyond our control when it comes to access.

We know that one way to present more culturally-balanced stories is to create more diverse newsrooms. Still, we all need to get better at talking to people in communities that aren’t our own. This applies to reporting on different races, classes, religions, anything that may be outside of your everyday life. Many of us parachute in, some of us more gracefully than others. So how can we get better at this?

Here are a few steps that can lead to better reporting:

1. Engage as a person, not just as a reporter.

2. Identify your own preconceived notions about people or places. Everyone has them. We simply need to recognize them.

Engage as a person, not just as a reporter

“Make that step into a community that isn’t yours — and try really hard not to impose your viewpoint on it. This means reading widely, following relevant Twitter and blog convos, talking to colleagues of color, asking people straight-up if you’re missing the point, and being ready to walk away from your preconceptions if you are.”

Reporting on communities that aren’t yours requires you to do more than just go to the soul food brunch or record a few audio bytes of a Chinese New Year celebration. Make an effort to connect before you start interviewing.

When you identify yourself as a reporter for the radio, for all your subjects know you may be the voice of the morning traffic updates. Explain what you do, specifically, so people feel comfortable enough to want to share their stories. You are asking people to reveal personal things about themselves so you can air it to the world. This trust takes time.

Here are some ways to achieve trust in an unfamiliar community:

The following story by Marianne McCune has been passed around as a “must listen” — an example of focusing on a person, rather than a situation.

McCune unintentionally becomes a part of the story, and it connects the listener even more. One track could have shifted the sentiment of this story, putting McCune in a savior role. Instead, she is able to maintain the focus on an elderly woman’s dignity, giving us insight into the trauma of Hurricane Sandy and how elderly populations are overlooked during natural disasters. (Hear a longer, award-winning version of the story here at the Third Coast Festival website.)

“Being told by someone that they don’t want to speak with you shouldn’t make you shy away from a story. … Rejection makes me want to go deeper and not run away.”

— Tina Antolini, State of the Re:Union senior producer and host and producer of the podcast, Gravy

Your reporting process isn’t just about conducting interviews with willing subjects. It can also be an observation of yourself, as you identify biases or stereotypes you bring to the experience. Some call these “faultlines.” It’s a term used by the Robert C. Maynard Institute for Journalism Education. The institute’s Fault Lines training targets five factors believed to be the root of tensions in the U.S.: race, class, gender, generation and geography. 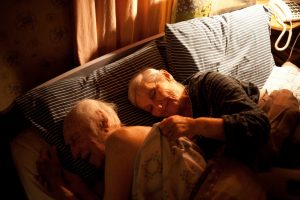 Bob and Terry, the couple who told their story to Day (Photo: Lily Piel)

One of my own biases came to the surface during one of my first stories. It was about an elderly couple slowly losing their independence. I went in with my own stereotypes about what 90-something year-olds must be feeling. I was expecting to hear about vulnerability, loneliness and isolation. But this wasn’t the story this couple was actually living. Theirs was one of connection, resilience and strength.

You can listen to the story here.

“Acknowledge you are an outsider. The problem is just parachuting in during a time of tension,” says Martin Reynolds, Senior Fellow at the Maynard Institute and former editor in chief of the Oakland Tribune. Reynolds says the best thing to do is to be honest about your parachute by saying, “I realize this is an intrusion, and I’m not from here, but this coverage is going to happen. You can either be a contributor to that and speak on behalf of the community or I’ll just go away.”

Reynolds admits this may not always work, but it helps let people know that you are invested in trying to understand them.

For some journalists, this inner reflection is part of their marrow. On the program State of the Re:Union, reporters traveled across the country to tell stories of how American towns create community. SOTRU senior Tina Antolini says, “One of the things that was a huge asset when we were doing State of the Re:Union was the fact that we had a meta question for the hour that we were seeking to answer, which we would ask everyone. This allowed me to check my sense of the place, and to get a better feel for the diversity of opinion about it.” The meta question allows locals to react honestly and openly, without the reporters having to insert themselves.

For example, for an episode about Portland, Oregon, SOTRU producers asked, “Do you feel included here? Do you feel like you’re part of the Portland that’s hip and cool right now — or do you feel left out? What about this place makes you feel like you belong (or don’t)?”

You can hear the answers to those questions from Portlanders at 48:00 into the program.

As journalists, we all struggle with the challenge of explaining things. How much can we assume the listener knows? How much needs to be explained — and how?

This challenge is even more fraught when it involves cultural literacy. Cross the line into over-explaining, and we start to sound like anthropologists inspecting specimens. We alienate listeners who are already familiar with the topic, place, or tradition. 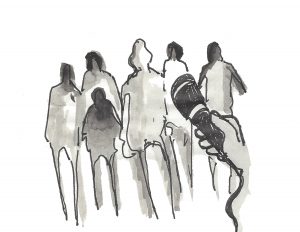 For example, let’s say you travel from a big city to a small town where Christianity is a central part of life. Is it necessary to include a nut graph explaining that the local church plays a big role in the community — or could the presence of the church be threaded through the story in more subtle ways?

To avoid radiosplaining, ask yourself this question: Am I over-explaining something to an audience that may already know this information? If the answer is yes, try the following:

Remember, the people you are reporting on are also listening. When reporters make anthropological observations, the piece often comes across as condescending and alienating to the very people you used to gather information.

Also, be aware of word choice. Imprecise words that perpetuate stereotypes need to be examined closely. You are already an outsider in an unfamiliar community. Throwing around descriptors like “gritty,” “rough,” “rundown,” or “scrappy” means that you are not only parachuting in, but you’re parachuting in with a pack of judgment.

Here’s an example of a story that avoids the radiosplain.

Producer Yowei Shaw lets the students guide us through this story. They share personal experiences, and Shaw doesn’t jump in to over-narrate feelings or explain situations. She simply gives us the necessary information to keep the piece moving. Structured this way, the story provides an intimate understanding of how teaching race and identity in the classroom can impact teens — without over-explaining their needs or challenges.

We have all experienced the awkwardness of asking a stranger to talk and being told no. We shouldn’t assume we know why they said no. Still, for reporters in training, this rejection may feel overwhelming. But it isn’t the end of your story. Although it stings, remember: This isn’t about you. It’s about journalism — and telling stories that need to be told.

And remember, a little rejection is good for the soul.

Leila Day is a reporter and editor at KALW in the San Francisco Bay area.