We asked representatives from the major public radio networks to respond to Stephanie Foo’s Transom commentary about diversity in public radio, which we’ve republished here. Here are their contributions.

VP for diversity in news and operations, NPR 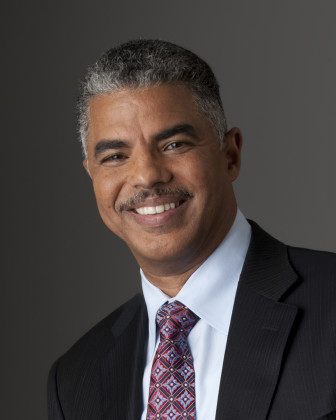 (Woods sent this to executives at NPR member stations after Foo’s commentary appeared on Transom.)

So many of the issues we’re facing in public radio and in journalism more broadly are tied to the broad diversity challenges we all face. Whether we’re talking about succeeding in the mobile space, attracting new audiences, building tomorrow’s membership or simply honoring the “public” in public radio, we’re also talking about diversity. Age, gender, race and ethnicity, geography, ideology — all those and more need our attention.

It’s not a new issue, but every so often there’s a catalyst that can help push us further toward real solutions. Research is always good. But as Stephanie, Tim, Neenah Ellis and so many more have pointed out, we know a lot already. Nobody has the whole answer, and NPR has fairly publicly struggled with getting more diversity on our air, on our staff and in our audience. From where I sit, the things we need to do, captured in some of what we’re seeing on this list, come down to three areas:

Change who’s on your air and on your site. Have a look at the voices your audience hears. From hosts to reporters to topics to sources, you can make an immediate difference by understanding who’s not there and getting them into your content. We’re doing that. Oregon Public Broadcasting and KUT in Austin and the folks at WBUR have done it. Bring in new voices, and not just when you’re focusing on diversity. Show people in their authentic wholeness, occupying space in every realm of the human experience, not just the diversity space.

Borrow the ideas of projects like Localore’s Finding America to go to new places and find fresh ideas. And here’s a simple resource we’re building at NPR for public radio journalists. Use it as a complement to APM’s Public Insight Network or the Women’s Media Center’s SheSource. Stations can use these or build their own. Pass them on to your leadership team. Just get past the paralysis of the unknown.

Change who’s in your station. Our salaries are low, our racial and ethnic diversity across the system is anemic, and we’re trying to find our way into the digitally promiscuous lives of Millennials. Those are real problems. What are you doing to push against them? Neenah’s ideas for internships and fellowships are perennials. Tim has used that tool to great effect, and Scott Finn at WVPB just brought in his first two fellows. Even earlier in the pipeline is the Next Generation Radio work that Doug Mitchell does on NPR’s behalf, most recently with Capital Public Radio. Try something. If you can’t afford a yearlong fellowship, do a summer; if you can’t do it full-time, do it half time. How many ways can you expose the people you’re seeking to the work you’re doing?

Change who’s in your audience. Partner with community organizations that will help you with geographic, racial/ethnic and age diversity. KPCC has found big success with that. Use social media to plug into communities that might otherwise not know about you. And do things that are of interest to the audience you want. That was one idea behind Morning Edition’s “Changing Lives of Women” series. It’s one benefit of our Code Switch or Alt.Latino. And it’s not all about size and scale. WGLT’s Edward R. Murrow award-winning work on race relations is a great example of a station telling a critical story creatively without a huge staff. Show people that you care about their issues and you’ve got a pathway to a new audience. And that kind of work can be a recruiting tool, as Stephanie Foo pointed out. 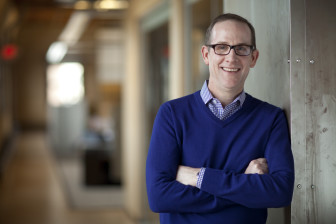 Over the past five years, PRI has increased its efforts around diversity. Our executive team has six women (including our CEO) and two men. Both Kathy Merritt (VP, Content Strategy and Development) and I are openly gay. Furthermore, PRI’s staff composition has exceeded the state of Minnesota’s ethnic composition for the last five years. As always, diversity is a work in progress. Here are a few points regarding our focus on diversity:

I did read Stephanie’s article — as did most of our team — and agree with her assessment that we need to do more to be public radio that’s truly for everyone. At American Public Media Group, we’re constantly striving to do better in this space. We are exploring different recruitment channels, building our personal relationships and expanding networks as part of our efforts to attract diverse talent. We have been intentional in our efforts to create a more inclusive work environment — one where all feel welcome — as a way to retain our staff.