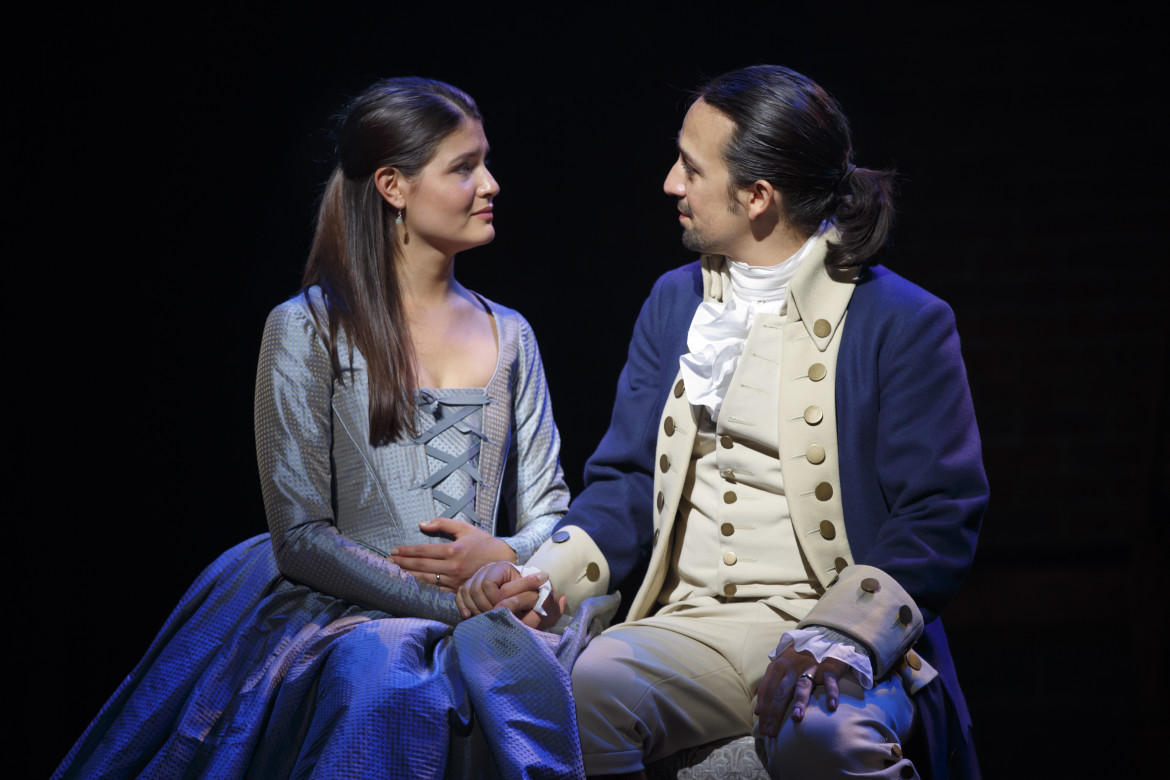 ♦ The announcement that PBS will air Hamilton’s America, a behind-the-scenes documentary chronicling the making of the Broadway smash musical, created a bit of buzz in the press. The film, two years in the making, trails director Lin-Manuel Miranda and his team as they create the show, based on the life of founding father Alexander Hamilton. Footage includes Miranda composing songs in Aaron Burr’s Manhattan bedroom. It’ll air on Great Performances this fall.

♦ PBS also answered a looming question: What will take over Downton Abbey’s Sunday-evening timeslot once the megahit costume drama ends? That will be Victoria, chronicling the life of Britain’s famous queen. Masterpiece EP Rebecca Eaton said in the announcement that “Victoria has it all: a riveting script, brilliant cast and spectacular locations.” Jenna Coleman from Doctor Who stars as the young Victoria, a teenager who grew into the most powerful woman in the world. The eight-part series premieres in January 2017.

♦ PBS detailed plans for election coverage, featuring a collaboration with NPR. Beginning next month, PBS will launch an elections-focused section of PBS.org to aggregate election content, including NPR reports. NPR will post PBS content in the politics section of NPR.org. Both organizations will cross-promote the content.

Also in February, PBS launches Election Central, a digital educational resource for students and teachers. Special PBS content during election season includes Postcards from the Great Divide, a series of nine short films produced by a diverse mix of filmmakers looking at grassroots politics in nine states, and 16 for ’16 (w.t.), a multipart documentary profiling presidential and vice-presidential candidates such as Gary Hart, Jesse Jackson and Sarah Palin, “whose dramatic campaigns may or may not have been successful, but earned a place in the history books nonetheless,” PBS said in an announcement.

♦ Preview sessions at the Winter Press Tour Monday featured a Frontline project with the New York Times on fantasy sports gambling; an Independent Lens film, An Honest Liar, about the famous debunker James “The Amazing” Randi; and Ken Burns’ upcoming biopic on baseball legend Jackie Robinson. That made news when his widow, Rachel Robinson, told Burns that “there’s a lot more work to be done” to make Major League Baseball more diverse.

♦ Science will take center stage with two specials. A Year in Space, adapted from Time’s original online series, tracks astronaut Scott Kelly’s International Space Station mission from training through landing, as his twin Michael, also an astronaut, remains behind. It’s scheduled for March 2, a day within Kelly’s return to Earth. A second installment in 2017 follows Scott’s first months back at home.

Also, PBS is partnering with National Geographic on a six-part series, Genius by Stephen Hawking. The programs are presented and narrated by the renowned theoretical physicist as he discusses ordinary people tackling some of humanity’s most enduring questions. It’s planned for later this year.