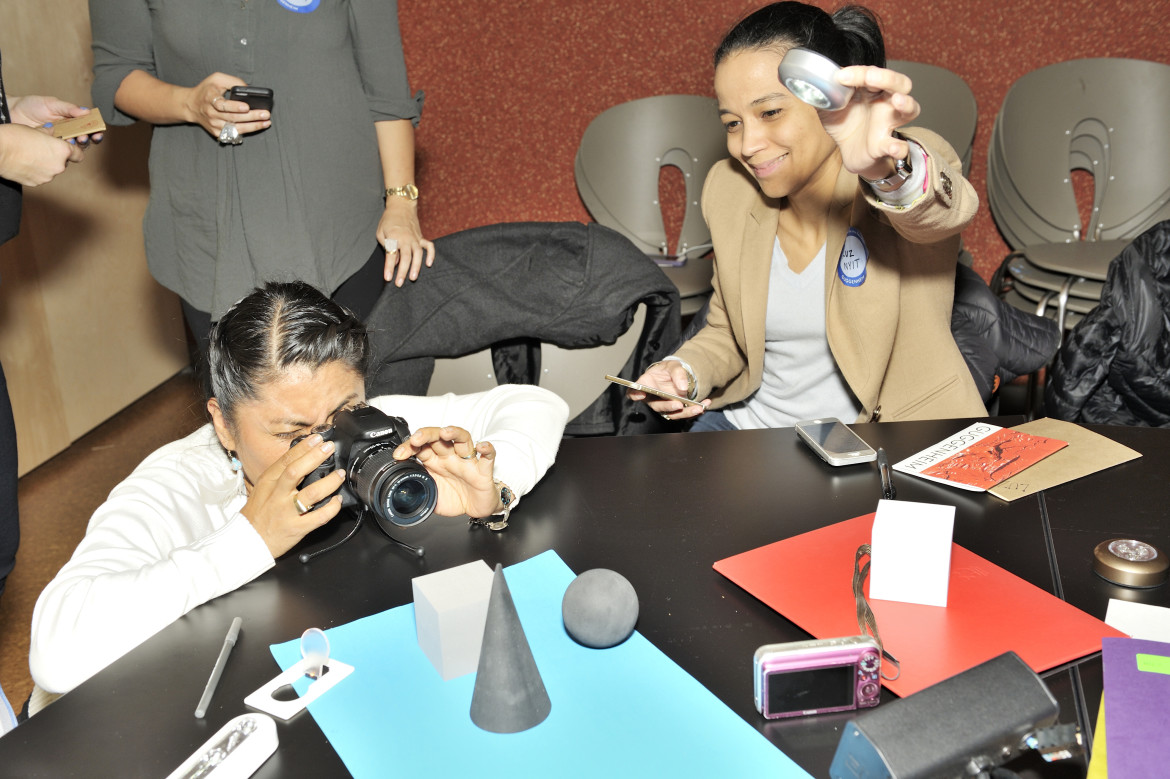 A desire to expand the audience for a profile of an influential Latino photographer has spurred WNET’s American Masters to experiment with social media and station-based educational events.

Pedro E. Guerrero: A Photographer’s Journey, the first collaboration between Masters and Latino Public Broadcasting’s Voces series, premiered Sept. 18. Along with the film, American Masters launched a photography campaign on Instagram, the series’ first such effort on the platform.

Best known for capturing intimate at-work images of architect Frank Lloyd Wright and sculptors Alexander Calder and Louise Nevelson, Guerrero was a rare Latino presence in the midcentury U.S. art world. He died in 2012, but gave extensive interviews for the documentary before his death. 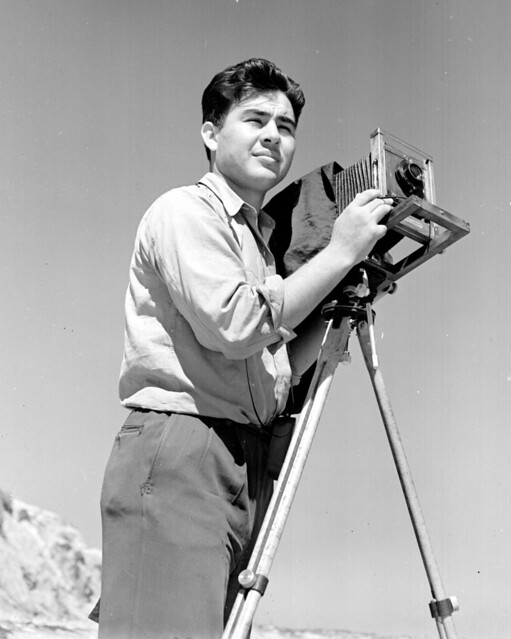 Michael Kantor, e.p. of American Masters, described the film and its surrounding promotion as a pilot program “to see how we can best collaborate across public television families.”

But the effort is more than a collaboration experiment: It’s also an attempt to push the stalwart biography series into covering a wider diversity of subjects. Kantor says he is working with Voces on another collaboration and talking to other minority consortia about similar efforts, such as Vision Makers Media, which focuses on Native Americans.

A $265,000 grant from CPB’s Diversity and Innovation Fund tied to the film also sponsored station events that went beyond screenings. Public TV stations in markets with sizable Latino populations staged activities including architecture tours and photography classes for youths and adults alike.

The CPB grant provided 43 percent of the project’s budget, according to WNET. Additional funding came from the National Endowment for the Arts and private foundations.

Piggybacking on the documentary’s inclusion of Frank Lloyd Wright, KCOS-TV in El Paso, Texas, hosted two at-capacity walking tours of architecture in El Paso and a neighboring community that drew around 24 people per tour. The station also held free photography workshops similar to those at the Guggenheim.

A participant ponders at the Guggenheim event.

More than half of attendees were Latino, according to KCOS General Manager Emily Loya. Some came from Ciudad Juárez, Mexico, just across the U.S. border from El Paso, where residents can pick up KCOS.

“Inherently, when we just do better at engagement, we engage Latinos,” Loya said. Last year the station produced 10 episodes of a PBS Digital Studios show, Only In El Paso, that spotlighted local Latino filmmakers. “For us, it’s not as much about targeting Latinos,” she said. “It’s about understanding our community, because this is our community.”

WNET and Voces have uploaded educational resources to PBS LearningMedia related to the film for grades 6–12. But Arkansas’ AETN took a more local approach with a photography class for low-income Hispanic middle-school students in North Little Rock.

AETN partnered with the photography collective Blue-Eyed Knocker, whose members taught students basic photography skills, and The Innovation Hub, a local technology nonprofit, which gave students access to computers for photo editing. The statewide network featured the photos in a gallery that accompanied a screening of the Guerrero film at the Arkansas Arts Center in higher-income Little Rock.

“One of the big hairy goals on this was to change some lives,” said Dan Koops, outreach producer at AETN, who organized the effort. The station wanted “to show there are some options out there besides restaurants and landscaping,” he said.

AETN chose to focus outreach on just one area of the state due to limited funds. “I think it’s incumbent upon us to now branch out of central Arkansas and take it more to a statewide level,” Koops said.

With American Masters continuing to air Friday nights in most markets, when TV viewing is low, Kantor says his staff is putting less emphasis on TV ratings. “I don’t know that you can draw a direct correlation between ratings and interest,” he said.

The Guerrero episode of the show reached a 0.35 rating, whereas the season average for prime time during the 2014–15 season was 1.1, according to research company TRAC Media Services. Friday evenings averaged a 0.56 rating.

“For us, it’s not as much about targeting Latinos. It’s about understanding our community, because this is our community.”

The show did attract “a considerably higher portion of Hispanic households than our average program,” Kantor said.

Given the Friday evening slot to work with, American Masters is focusing more on online numbers. A Photographer’s Journey is available to stream on the series website until 2018, and “videos related to” the episode have been viewed more than 40,000 times, according to WNET spokesperson Natasha Padilla.

A more sustained online push has come through Instagram. The film bills Guerrero as “one of the most sought-after photographers of the Mad Men era,” making the photo-sharing site a natural fit for the project. A campaign encouraged Instagram users to take photos of architecture using the hashtag #PedroPBS. WNET promoted the hashtag on-air and featured a selection of the best resulting photos on the American Masters website.

“I have three kids and they’re all big on Instagram, and Instagram is all about imagery,” Kantor said, explaining why he wanted to get more involved with the platform. American Masters had established an Instagram account before the Guerrero film but had done little with it.

With more than 400 million active users a month and a format that lends itself to images, particularly historical and cultural content, Instagram seems like it would fit snugly with engagement efforts for pubTV producers like WNET. Yet in the past “we really had ignored Instagram,” Kantor said.

The #PedroPBS hashtag campaign generated nearly 3,000 posts, and the American Masters Instagram account saw a 158 percent jump in followers since the start of the campaign, according to Joe Harrell, senior director of digital strategy at WNET.

Harrell said WNET often prefers to wait until a social network’s popularity has been well established before committing time and effort to it. In addition to Instagram, American Masters’ only other dedicated social media presences are on Facebook, Twitter and Tumblr.

“We’re fairly conservative about not just throwing resources at the new shiny thing,” Harrell said, explaining why WNET isn’t looking into growing networks like Snapchat just yet. He cited as an example Ello, which was billed as a Facebook competitor when it launched in 2014 but failed to catch on.

“We’ve had a number of funders who are very comfortable funding the production of a two-hour documentary,” Harrell said. “But when you say, ‘Actually, we want to use this chunk of money on Instagram,’ some of them may or may not be able to connect the dots there and see what the value is there for the production.”

But the sprouting of new digital platforms can provide opportunities to ride buzz. In October, the four-year-old live-streaming site Twitch broadcast a marathon of Bob Ross’s The Joy of Painting, attracting 5.6 million unique users. Ross proved so successful for the platform that Twitch has made his show a weekly fixture on its Twitch Creative channel.

WNET recognizes that mobile viewing is growing, so it will post more native video on Facebook and Twitter in the next six months, according to Harrell. A YouTube video to be posted next month will summarize the Guerrero campaign and include picks from the Instagram submissions.

Correction: An earlier version of this story contained several inaccuracies. WNET has previously used Instagram; American Masters, however, had not. The show’s Instagram campaign was not a contest. Grants awarded to stations were given out by WNET, not CPB. And WNET has social media presences on social networks in addition to Facebook, Twitter and Tumblr.