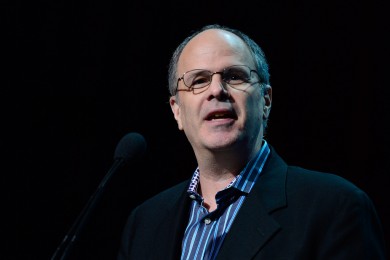 A new executive producer is joining PBS’s biography series American Masters as the former e.p., show creator Susan Lacy, is embarking on a new career as an independent filmmaker.

Kantor replaces Lacy, who announced in September that she would depart to produce for HBO’s documentary division.

Kantor has “the talent and vision” for the job, as well as “the ability to get projects funded and filmed,” said Stephen Segaller, programming v.p. at WNET, in Wednesday’s announcement.

“I can’t imagine a more interesting and creatively challenging series to work on than American Masters,” Kantor said.

Lacy, meanwhile, had an announcement of her own, releasing news Monday about the name and location of her new documentary house, Pentimento Productions.

The word “pentimento” means “the emergence of previously obscured images or ideas.” Lacy’s offices are based in the historic Starrett-Lehigh building in Manhattan’s Chelsea neighborhood, with another office in Los Angeles.

Two producers who assisted Lacy on previous films are with her at Pentimento. Jessica Levin worked on projects including the 2010 Emmy-winning John Lennon biopic LENNONYC; Judy Garland: By Myself, which aired on American Masters in 2012; and No Direction Home: Bob Dylan, from 2005, which Lacy produced and Martin Scorsese directed. And Emma Pildes worked as an associate producer on Inventing David Geffen, another Emmy winner.

Lacy is working on her first documentary as an independent filmmaker, the announcement said. The film will premiere in 2016 as part of Pentimento’s exclusive arrangement with HBO Documentary Films. Lacy told Current that the subject of the 2016 film will be announced at a later date.

Producing for HBO’s documentary division allows Lacy to make films full-time, a role she relishes but rarely had the opportunity to take on at American Masters, she told Current in September 2013. “When you run a whole series for 27 years, the chances are few and far between when you can direct,” she said.