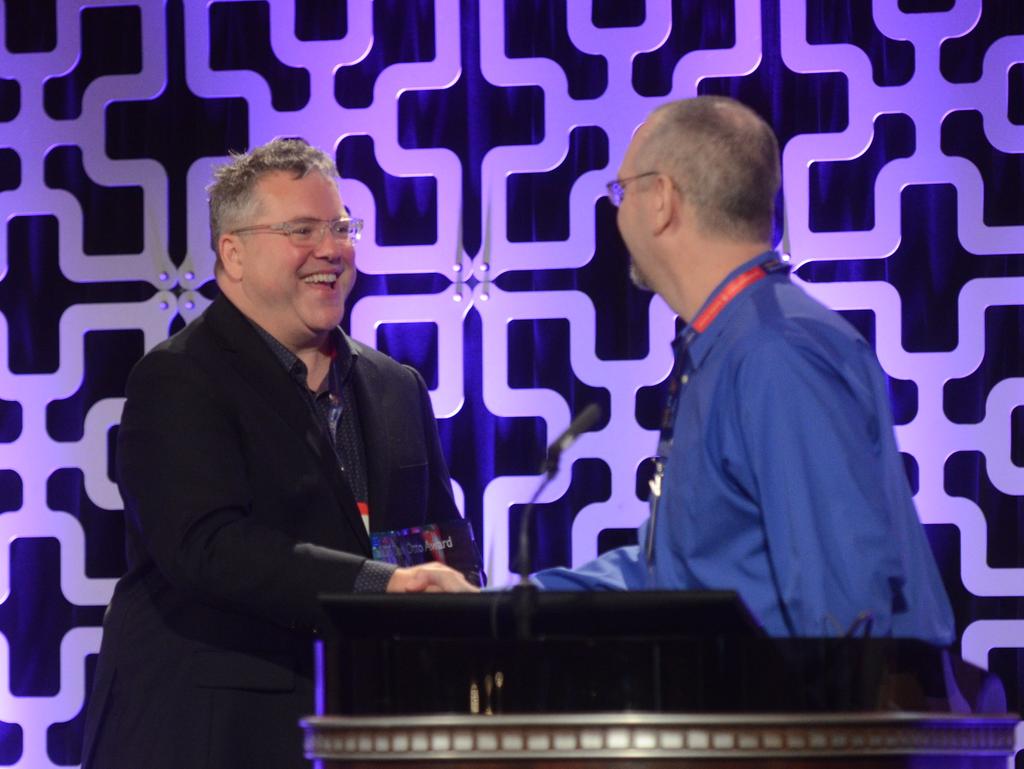 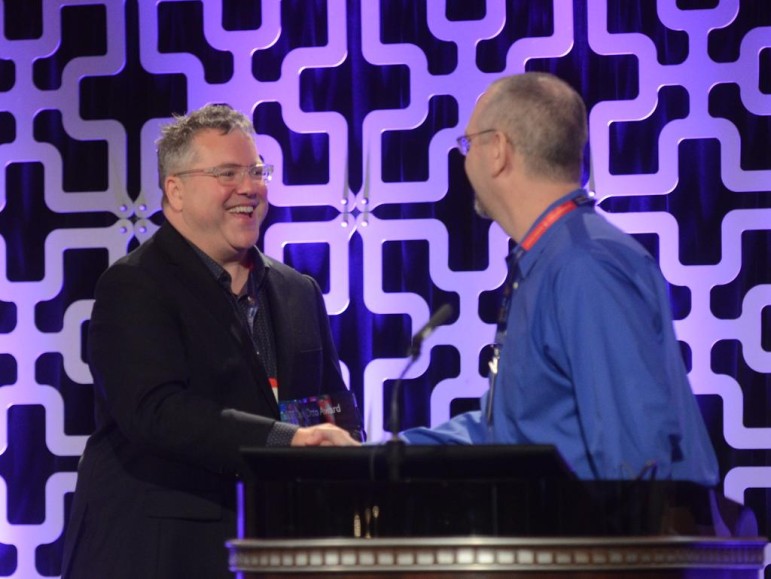 Nuzum, former v.p. of programming at NPR, worked in public radio for 19 years before joining Audible in May as s.v.p. of original content. He began his career at WKSU in Kent, Ohio, as a student employee before becoming the station’s program director. He went on to join NPR in 2004.

“Don Otto mentored many of the people who started PRPD in the 1980s,” Steve Olson, president and c.e.o. of Audience Research Analysis, said during the presentation of the award. “He was a proactive innovator, creative thinker, and someone who demanded that we constantly improve. He helped us professionalize the job of program director. ARA and PRPD keep his name and spirit alive each year by recognizing someone who has brought these same qualities to their work in public radio.”

PRPD has presented the award annually since 2005.

On the conference’s first day, Nuzum gave a speech in which he challenged program directors to focus more on listening experiences than platforms.

Nuzum said his mission is to “create great listening experiences that stay with the audience long after they’re done listening.” He added: “When you start looking at things through that lens, change becomes less of a threat and more of an opportunity. Because what we do is not changing at all. The platform we use changes, the audience can change as well, but the basic rules stay the same.”