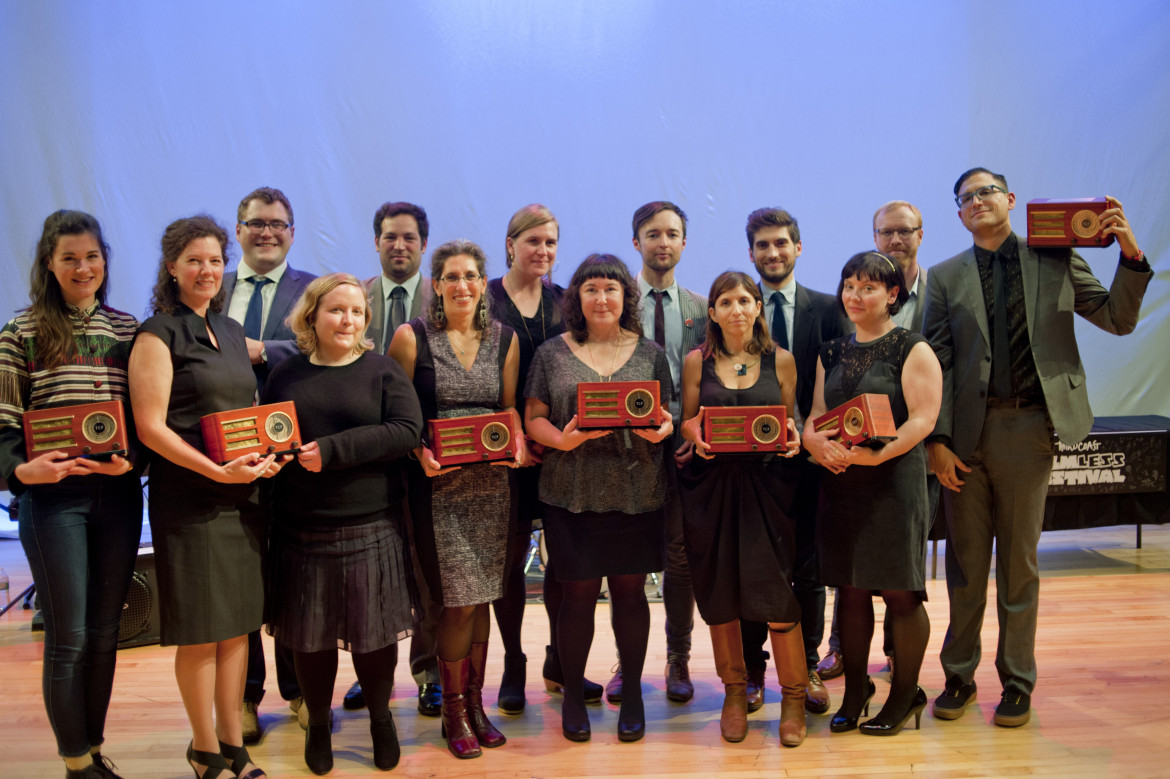 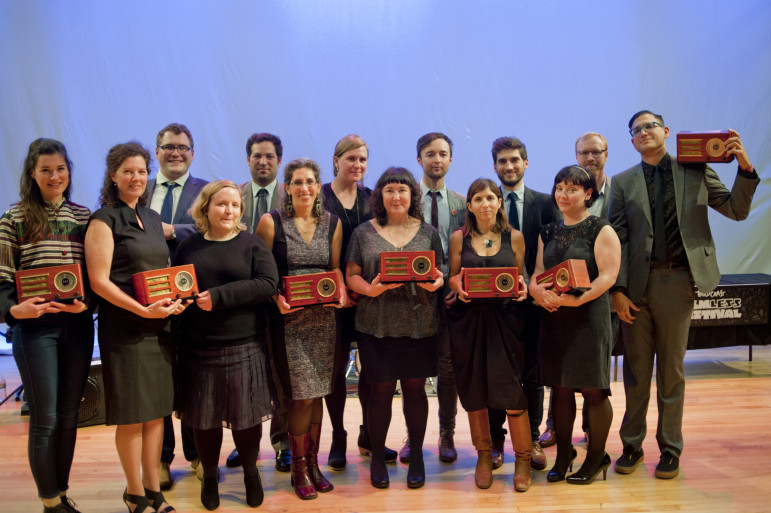 For the first time, the majority of winners at the annual Third Coast/Richard H. Driehaus Foundation Competition awards, which celebrate creative excellence in audio production, originated on podcasts instead of terrestrial radio. The year-old Radiotopia podcast collective, launched by Public Radio Exchange, made the biggest splash, taking home three awards.

“There’s no doubt that today’s talented storytellers — with roots in radio, but also live lit, comedy, and even visual media — are drawn to podcasting,” said Johanna Zorn, Third Coast’s executive director, on the rise of the podcast in the awards program. “Where else can you have a program up and running in a few weeks, with complete creative control?”

WNYC’s Radiolab won the Gold Award for Best Documentary for the episode “Sight Unseen,” which focused on photojournalist Lynsey Addario’s pictures of a U.S. soldier’s death in Afghanistan. The episode premiered on Radiolab’s podcast rather than its nationally distributed public radio show and won’t air on radio until next year.

Stranded at an airport in Midland, Texas, Radiolab’s Jad Abumrad accepted the award via a recorded video message on his cellphone.

Terrestrial radio won the runner-up prize. BBC Radio 4 received the Silver Award for the piece “Sounds Up There,” in which reporter Colin McNulty asked the sound designer for the movie Gravity to apply his techniques to real spacewalks. McNulty is a repeat Third Coast winner, having received the Director’s Choice award in 2014 for “Burroughs at 100,” also for BBC Radio 4.

In a boom period for online audio, Radiotopia’s three awards stood out. The collective’s flagship program, 99% Invisible, picked up the Bronze Award for the episode “Structural Integrity,” about the Citycorp Center building in New York City. An Honorable Mention went to the true-crime show Criminal for “695BGK,” and the Director’s Choice award went to Love + Radio for “The Living Room.”

“In creating Radiotopia, PRX recognized earlier than other institutions the potential of creating a network of podcasts built around a particular sensibility,” Zorn said about the collective’s strong showing.

The remaining three awards went to a mix of public radio news shows and podcast start-ups. Minnesota Public Radio News won the Radio Impact award for its investigative feature “Betrayed by Silence,” about a decades-old sexual abuse cover-up by the Minneapolis and St. Paul branches of the Catholic Church.

Gimlet Media, the for-profit podcast company started in 2014 by Alex Blumberg, won the Skylarking award for the “Britney” episode of Starlee Kine’s program Mystery Show, exploring how an author’s poorly selling book wound up in unexpected hands. The Skylarking award, created by Ira Glass, is intended to showcase a lighthearted audio piece; it debuted in 2014 as the Little Mermaid Award.

And America Abroad Media, an independent nonprofit that produces a monthly pubradio newsmagazine, won the Best News Feature award for its segment “Burma’s Rohingya: Easy Prey for Traffickers,” about a persecuted Muslim minority population in Burma. The show is distributed by Public Radio International.

Third Coast presented its awards Saturday evening during its biannual Filmless Festival in Chicago. Mike Pesca, host of Slate’s The Gist podcast and former NPR sports correspondent, hosted the ceremony, cracking jokes about audio personalities like Abumrad, Kine and Roman Mars. His punchlines were punctuated by the high school jazz band from ChiArts, Chicago’s public high school for the arts, where the festival was held.

The Filmless Festival was also an occasion for the winners of Third Coast’s annual ShortDocs contest to show off their wares. Under contest stipulations, this year’s ShortDocs entries had to be two to three minutes long, have a title that takes the form of a question, include the question “And what happened then?” somewhere in piece, and include either a “shout of silence or a cry of laughter.”

The four selected winners hailed from four different countries. More than 150 pieces from 20 countries were submitted in total, down from the more than 240 submissions to the last ShortDocs challenge, in 2013. Third Coast did not hold the contest in 2014 due to organizational challenges posed by the departure of former executive director Julie Shapiro.

Two of the winners attended the festival. John-Michael Foreman, a ceramicist from Chattanooga, Tenn., entered “What Could Be Bad About This?”, a mockumentary about a fake therapy practice. A burgeoning audio producer, Foreman listened to the entirety of the Third Coast archive (and many other public radio shows) while at work at his pottery wheel.

“This is an opportunity for me to tap into this world for the first time,” Foreman told Current. “I haven’t been around like-minded people yet in this realm.”

Also in attendance was Olivia Humphreys, an award-winning U.K. filmmaker and audio producer with BBC Radio 4, who entered “What Makes A Good Marriage?”, in which she interviewed her grandparents about their marriage.

The other two winners, not in attendance, were Pablo Duarte, a print editor from Mexico who entered his first-ever radio piece (“Who Remembers My Father’s Voice?”), and Emer Horgan, a broadcaster with Ireland’s RTE Radio 1 (“Who Took Mom To The Prom?”).

A fifth piece, “Where Do I Find You Now?”, won the People’s ShortDoc award, chosen by popular vote. The story is an imagined conversation with Studs Terkel by Berkeley, Calif.–based independent producer Sara Curtis about a challenging personal moment she recently faced.

This year’s challenge was presented in partnership with the Studs Terkel Archive at Chicago’s WFMT Radio Network. Finalists in attendance played their stories in “Studs’ Lounge,” the ChiArts library, where WFMT handed out chocolate cigars. The circle of audio producers bowed their heads as they listened to selected winners and finalists, as though in prayer.

Correction: An earlier version of this story misstated the subject of the award-winning America Abroad feature.