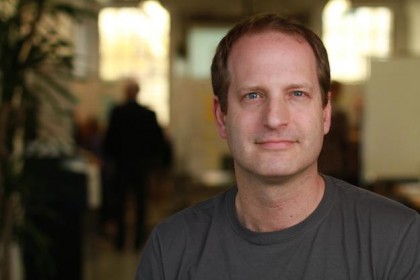 The grant will also fund the hiring of an executive producer who will act as a point person in collaborations between shows. “That job will be one of our first priorities,” said Jake Shapiro, c.e.o. of PRX.

Radiotopia is made up of independently produced podcasts that Shapiro described as entrepreneurial “small startup enterprises.” A portion of the Knight grant will go toward “enhancing the production ability” of the shows, according to Shapiro. That could include providing financial resources to help shows hire interns, commission pieces or travel for conferences or stories, Shapiro said.

The grant will also help PRX continue to provide support to producers such as marketing, sponsorship sales and distribution on platforms like iTunes and Stitcher. More shows will tap those resources as Radiotopia looks to expand its offerings.

“We want to make sure PRX is able to provide support for [their independent producers],” said Chris Barr, director of media innovation at Knight Foundation. “We like the idea of this model where people are able to go out and try to produce something but have support.”

Radiotopia will announce new shows in the coming months, Shapiro said, and plans to “grow incrementally with carefully selected shows.”

Part of the grant will also help Radiotopia set up a fund to help discover new producers and hosts. The funds could be used to test new show ideas and to incubate stories within shows that could eventually become freestanding podcasts of their own.

Radiotopia previously received a Knight Foundation grant of $200,000. The network’s monthly downloads have grown from 900,000 for seven podcasts at its launch to nearly 6 million downloads of 11 shows, according to Shapiro.

At launch, Radiotopia featured 99% Invisible, Fugitive Waves, Love + Radio, Radio Diaries, Strangers, Theory of Everything and The Truth. It has since added Mortified, Criminal, The Allusionist and The Heart.

Radiotopia has also raised money via sponsorship and crowdfunding, including $620,000 on Kickstarter last November. Along with foundation support, “we see this as a sustainable model,” Shapiro said.

“We’ve been fortunate to be building this in a moment of growth overall” for podcasting, he said.