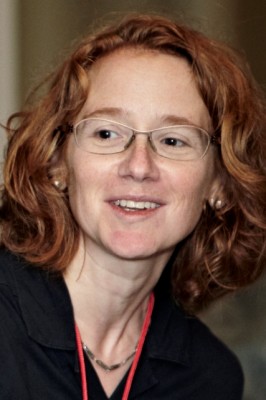 Shapiro will help producers develop shows, cultivate relationships with partners and build the medium’s sustainability, according to an announcement Tuesday.

She arrives at Radiotopia from the Australian Broadcast Corp.’s Creative Audio Unit, where she was founding e.p. Previously, she was artistic director at Third Coast for 13 years. According to the release, Shapiro coined the term “radiotopia” in a speech at a Third Coast festival.

“Julie Shapiro will provide leadership and vision for both Radiotopia and for the emerging podcasting industry as a whole,” Radiotopia co-founder Roman Mars said in the announcement.

The hire was made with the help of a $1 million grant from the Knight Foundation to help the podcast network provide more support to its podcasts’ independent producers in addition to hiring its first e.p.

Reporter Chris Nichols has joined Capital Public Radio’s newsroom as its PolitiFact California reporter in Sacramento. For the past 12 years, Nichols has worked as a government and politics reporter at newspapers across California, most recently covering the state capitol for the San Diego Union-Tribune. This is the first partnership between a public radio station and PolitiFact, a Pulitzer Prize–winning project of the Tampa Bay Times that fact-checks statements by politicians. Starting this fall, PolitiFact California reports will be distributed to radio stations in California, Nevada and Oregon through the Capital Public Radio Network. 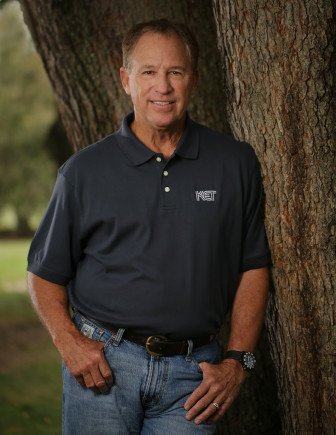 Doug Flynn, former Major League Baseball player and Cincinnati Reds broadcaster, takes over as host of the Kentucky Educational Television series Kentucky Life when it premieres its 21st season in November. During his 11-year baseball career, the Kentucky native won two world championships with the Reds and a Gold Glove award at second base for the New York Mets. KET Executive Director Shae Hopkins said Flynn is “a natural storyteller that we think viewers will appreciate and enjoy.”

Alison Fitzgerald has joined the NPR Science Desk as a health policy correspondent. Previously Fitzgerald was managing editor at the Center for Public Integrity. She also worked as a reporter for Bloomberg News and The Associated Press. Fitzgerald, winner of three George Polk Awards for journalism, is the co-author of In Too Deep: BP and the Drilling Race that Took It Down.

Kate Ryan has joined DMW Fundraising, a division of DMW Direct that helps nonprofits with direct-response fundraising. Ryan has more than 10 years of experience, most recently as director of membership and database management at the Nine Network in St. Louis.

Ikram Benaicha and Scotty White, media studies graduate students at West Virginia State University in Charleston, have received one-year paid fellowships created by the university and West Virginia Public Broadcasting. The new West Virginia Media Diversity Fellowship was established “to promote diversity in all aspects of public broadcasting development, including news, radio, television and social media,” according to the announcement. Benaicha and White, the first fellows to join the program, will work at WVPB. Upon graduation, the two will also get professional guidance and assistance in job placement from the station and university.

An NPR reporter and Center for Investigative Reporting journalist are in the latest class of Knight-Wallace Fellows at the University of Michigan. Doug Tribou, a reporter and producer for NPR’s sports show Only a Game from WBUR in Boston, will examine the intersection of sports, media and advertising. And Bernice Yeung, a CIR reporter, will study new strategies for gathering data to cover vulnerable communities. Her work has appeared on KQED Public Radio and Frontline on PBS.

The Association of Independents in Radio has announced the latest class of mid-career producers for its Entrepreneurial Fellowship program, which assists veteran audio producers in creating a new venture or expanding an existing project. They are: Brett Ascarelli, a radio journalist for Sweden’s public service broadcaster; Heidi Chang, a multimedia journalist whose work has been featured on NPR, The World, Voice of America, Marketplace and other outlets; Sarah Gustavus, who covers public policy, food and culture as a producer with New Mexico PBS; freelance audio producer Diane Hope; Emma Jacobs, a journalist who has reported for NPR and stations including WHYY in Philadelphia and WNYC; George Lavender, coordinating producer of Making Contact, a national radio show highlighting grassroots voices; Anthony Martinez, production assistant at WBEZ in Chicago; Allyson McCabe, who reports and produces music stories for NPR and hosts FM Mutations at WPKN in Bridgeport, Conn.; independent radio producer Karen Michel; Ryan Noyes, founder of Listening Post Productions, a pubradio production start-up in Philadelphia; Khrysta Ripl, a web producer at Studio 360; and radio producer A.C. Valdez, who has worked on shows including Latino USA and Public Radio International’s America Abroad.