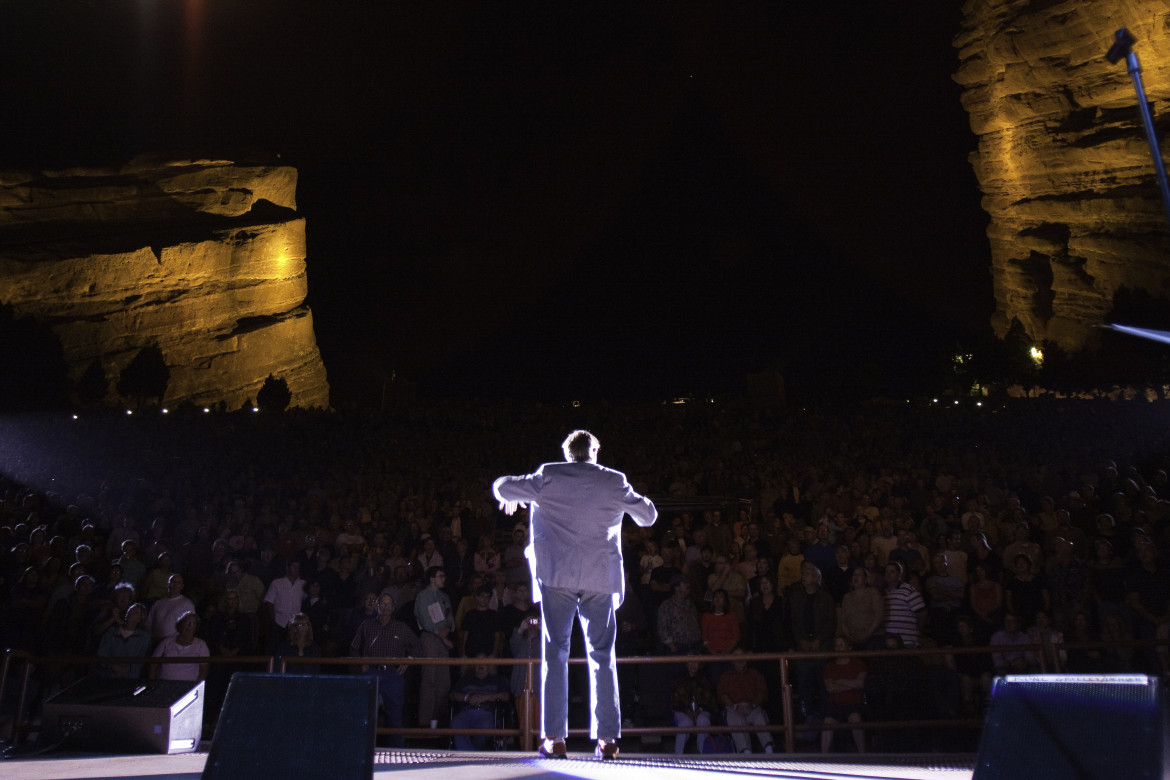 Garrison Keillor on stage during a live performance. 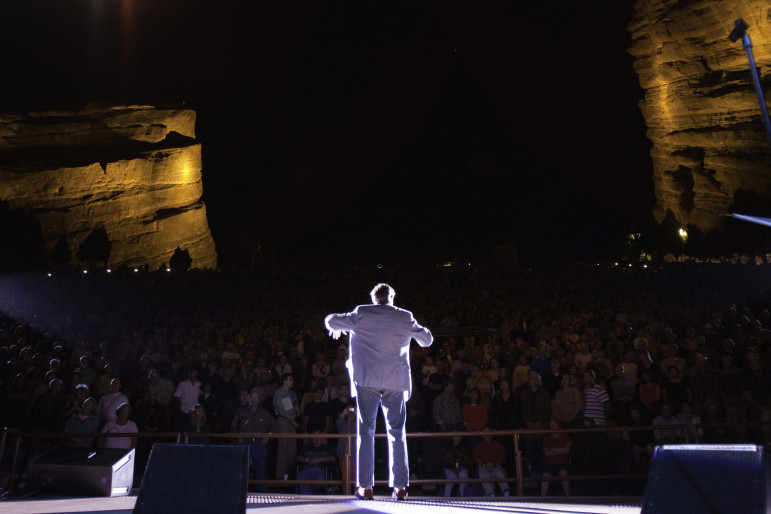 Garrison Keillor’s departure as host of A Prairie Home Companion has public radio program directors wondering how the news from Lake Wobegon is going to sound set to a mandolin-heavy soundtrack.

Keillor announced June 26 that this season of the show, which began on Saturday, will be his last as host after 42 years leading the production he created. His replacement, mandolinist and singer Chris Thile, will take the reins in June 2016. The departure promises to change the face and sound of a show that has become part of public radio’s image.

“It’s been a huge asset for public radio for so long,” said Bill Thomas, director of radio at Prairie Public Broadcasting in Fargo, N.D.

But both Decker and Thomas, along with other programmers, are already thinking about how the show and their stations will adapt to the new APHC. They’re also weighing how much they’re willing to pay for a version built around a new host.

Since Keillor hosted the first broadcast of APHC in 1974, the series has become a weekend staple on public radio. Distributed by American Public Media, it airs on 692 stations, with many airing the two-hour broadcast twice. According to APM, APHC drew 3.4 million listeners weekly in fall 2014.

This isn’t the first time Keillor has talked about retiring, but with a succession plan in place, station programmers are now taking him at his word. Yet beyond the broad outline that Keillor has sketched in a few media interviews, program directors say they’ve received little information, if any, from APM or Keillor’s production company, Prairie Home Productions, about the changes ahead.

Since APHC is among the priciest and most popular programs in weekend lineups, the lack of information is causing consternation.

“I respect that it may be kind of early to be sharing a whole lot, but I don’t think a lot of time should pass before we get a clear idea what path the show is taking,” said Bill Anderson, program director at KCUR in Kansas City, Mo.

“If I had a crystal ball, I don’t know that this show will have the ability to sustain itself,” over the four hours it airs on KCUR, he added. “That seems highly unlikely.”

Keillor has dropped some hints about what fans and stations might expect from the revamped APHC. “The show will start again as it was at the beginning, which was as a music show, and the comedic part and the stories and whatever — that will come along,” Keillor told Minnesota Public Radio in July. “It will grow naturally out of it, I have no doubt. And I am going to enjoy watching from a distance.”

In an interview with the Guardian, Keillor said he chose a younger successor to take over the show because he doesn’t want old episodes to continue airing as reruns.

“I would rather the show be carried on by younger people to use this platform — which we’ve worked hard to establish — and this staff and crew — who are tremendously capable and loyal — and use it as a springboard for something new: a live, acoustic American music show with some new spoken elements to be named later,” he said.

Prairie Home Productions did not respond to Current’s requests for an interview with Keillor or inquiries about how the show will change.

Program directors who spoke with Current are welcoming the change, noting that APHC doesn’t generate the buzz or pledge revenues of yesteryear.

In North Dakota, which shares a border and cold climate with APHC’s home state of Minnesota, the audience has a strong connection to APHC because “people feel like he’s talking about people like us,” Thomas said. But Thomas also thinks it’s time for APHC to bring something new to the table.

“Back when it was newer, it got an excited response,” Thomas said. “It’s an old show. It’s not as must-listen as it once was.”

Prairie Public is having a hard time raising money from the show during pledge drives, Thomas said. He suspects that most of Prairie Home’s listeners are already members.

“We used to get a huge response during pledge drives,” Thomas said. But now “it’s not a big fund-drive response show at all, even though there’s lots of listeners.”

Decker has noticed a similar trend in San Diego. “We can never raise any money around that thing to save our lives,” he said.

Keillor’s retirement is “a good move,” Decker said, in part because it will create opportunities for other programs and producers to develop new weekend shows.

“Stations will rethink what they’re doing” in terms of weekend scheduling, Decker said. It could also be a catalyst for other programs “to step up” with innovative programming ideas, he added.

But the new version of APHC will also need to be innovative if stations are to continue airing it.

Program directors told Current that they will most likely keep the new APHC on their station in some form.

“We’re going to give the new version a bit of a chance,” Thomas said. “We feel they deserve that chance. I think it’s going to be really tough for them.” Prairie Public Broadcasting plans to conduct surveys and social media outreach to see what its audience thinks of the new host and the format, Thomas said.

But the show’s new concept is still unproven, and stations “haven’t heard nearly enough” about what’s in store, Decker said.

Yet KPBS is likely to continue airing the show. “Frankly, what am I going to replace it with?” Decker said, especially considering the lack of strong contenders to take its place.

The program’s cost could be a significant factor as programmers weigh decisions about continuing to air APHC. It’s among the costliest shows on KPBS, accounting for 4.5 percent of the station’s total programming budget, according to Decker. With 80 percent of his budget going to weekday newsmagazines, only 20 percent is left for other programs. APHC takes up nearly a quarter of KPBS’s budget for programming besides newsmags.

“I’m not going to pay the same amount” for the new version of APHC, he said. “If they keep carriage fees too high, it’s a disincentive for stations to invest in new shows.”

APM is not yet discussing possible changes in pricing, which won’t be set until April 1, 2016, according to a spokesperson.

“I want to hear Chris [Thile] do his thing,” Decker said. But “if it’s just a music show, that’s not going to be enough,” he said.

“The show needs to be the best it can around [Thile],” Decker added. “We’re going to lose audience anyway. . . . I’m anxious to hear about their innovation.”

Decker isn’t the only program director who will be eyeing other programming.

“I think I can safely say that most program directors will soon start auditioning and looking at what else is out there so we can look at what is Plan B, if there needs to be [one],” Anderson said.

“We have a year to listen and see how the transition plays out,” he said. “As far as I’m concerned, I will let the audience dictate the next step. If the show continues to garner good numbers, we won’t abandon it.”

5 thoughts on “With Keillor moving on, stations ponder future with a changing ‘Prairie Home’”