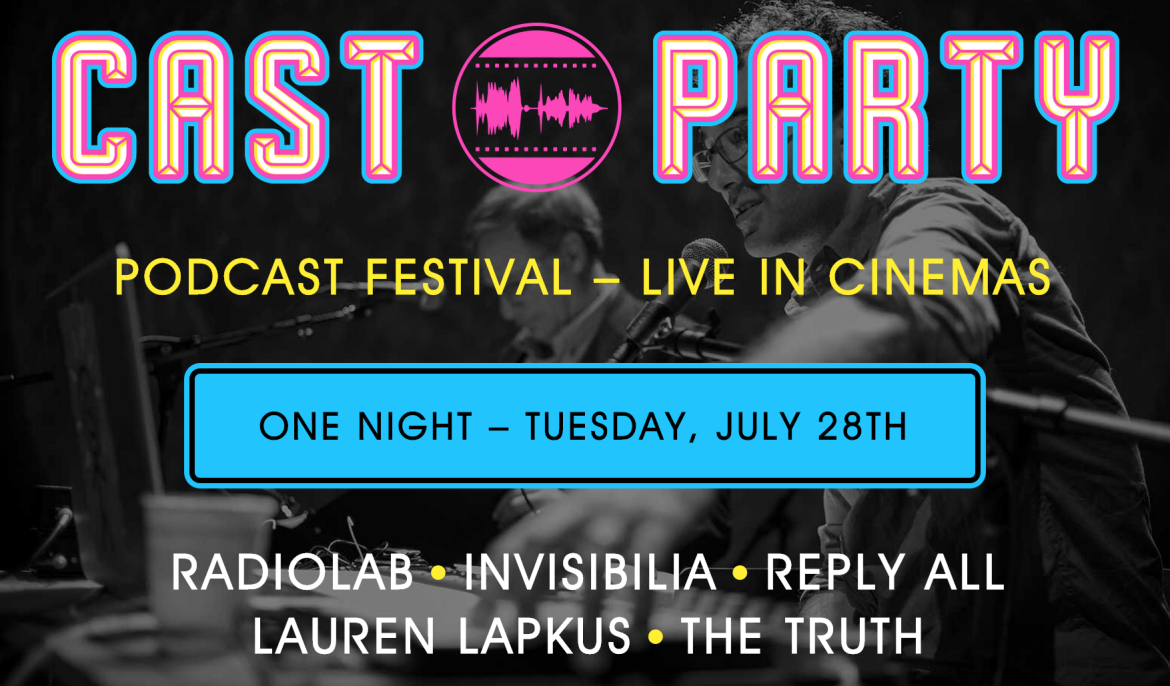 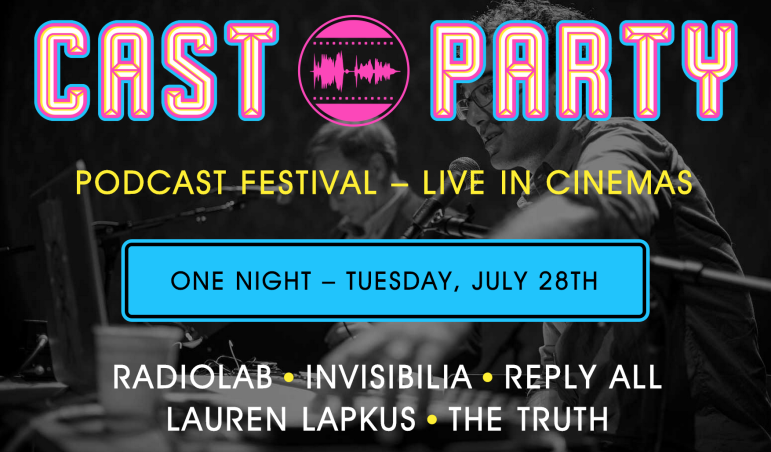 Podcasters will convene on stage in New York City Tuesday for a live event to be simulcast in theaters across the U.S.

Cast Party will feature stories and performances from hosts of WNYC’s Radiolab, NPR’s Invisibilia, Radiotopia’s The Truth and Gimlet Media’s Reply All. The two-and-a-half–hour event will also feature actress Lauren Lapkus, a brass quartet and a dance team.

Organizers say they’re staging the event to celebrate “the emergence of podcasting as a powerhouse medium with millions of obsessed fans.” Possibly going out on a limb, they are also calling it the “Lollapalooza of podcasts.”

More than 500 theaters in the U.S., Canada and Australia are screening the event, according to the New York Times. It will also show in Canada Thursday, and Australians can catch it Aug. 22.

New podcast spotlight: The Beginning of the End

WDET in Detroit rolled out its first podcast, The Beginning of the End, late last month.

Alex Trajano, production director at WDET, hosts the podcast, which features stories about “when, how, and why things end,” Trajano said in the first episode.

Episodes have included stories about a husband’s dark secrets, a couple contemplating the end of their relationship, and a man interviewing his dad about his grandfather’s last days.

Episodes are 15–20 minutes long and come out every other Wednesday.