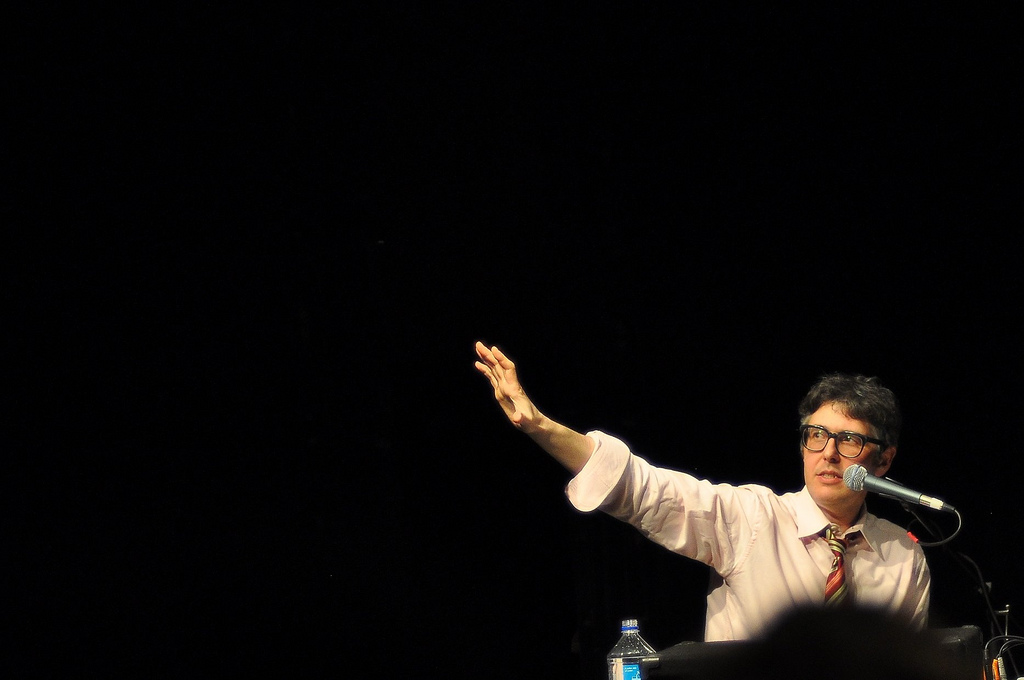 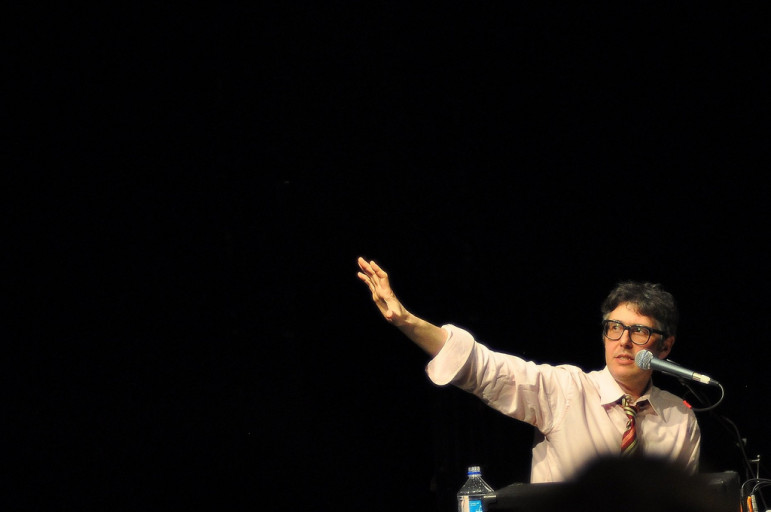 Ira Glass’s newly negotiated independence from WBEZ means he’ll be running his own company, but he still expects to spend much of his time producing programs.

“The main thing I’m doing still is radio,” Glass told Current in an interview Friday. “That is still the overwhelming part of each day. But this gives us flexibility to do other things.”

Chicago media reporter Robert Feder broke the story Thursday that Glass has started a new public benefits corporation effective immediately. This American Life and its spinoff podcast Serial will move off of WBEZ’s payroll, but the station will continue to share in the programs’ revenues.

“Everything that I’d done with WBEZ worked great,” Glass said. “I have no complaint [about] working with them.” But the ability to try different projects without needing approval from WBEZ or its board appealed to Glass.

At WBEZ, Glass had to win approval for anything he wanted to do, he said. “It’s more work,” he said. “. . . I felt like at this point, there’s no need for that. And truthfully, I like to be in charge.”

Though Glass will be full owner of This American Life, he expects that he’ll still devote 80 percent of his time to production and 20 percent to management.

Going forward, each show — TAL, Serial and any new programs — will be its own business. One benefit of breaking away from WBEZ is that creators of shows can own them, Glass said. Glass is sole owner of TAL, but Serial co-creators Sarah Koenig and Julie Snyder now own part of their show.

Glass does have some concerns about leaving the comfort of WBEZ, where he and his staff have been able to rely on the station’s employee benefits and human resources department. Over the past few months, he’s been through a “crash course” in running a business, he said. The plan to transfer ownership has been in the works for more than a year.

“There are frankly other kinds of insurance we bought that I didn’t know existed four months ago,” he said.

“One of my biggest problems was finding health-care insurance as good as WBEZ’s,” added Glass, who relied on consultants to help with the process. “It’s like going from something where everything was working” to organizing everything yourself, he said.

Glass’s staff feels good about the decision but had some concerns at first, he said, with some wondering whether he knew what he was doing.

The move will have no financial downside for WBEZ, said Goli Sheikholeslami, president and CEO. “When we were assessing the soundness of this transaction, one of the things we did was to make sure this was a financially sound decision,” Sheikholeslami said. “I can say affirmatively that this is a sound financial decision.”

Glass will also help with fundraising and events for the station.

“What is really important from the WBEZ end and the board is that TAL and Serial stayed part of the public media system,” Sheikholeslami said. By keeping ties with WBEZ, “we’ve come up with an arrangement that Ira gets to do other things but keeps the show as part of the system,” she said.

“When Ira said, ‘I want to be my own boss,’ we thought that was something he had earned,” she said.