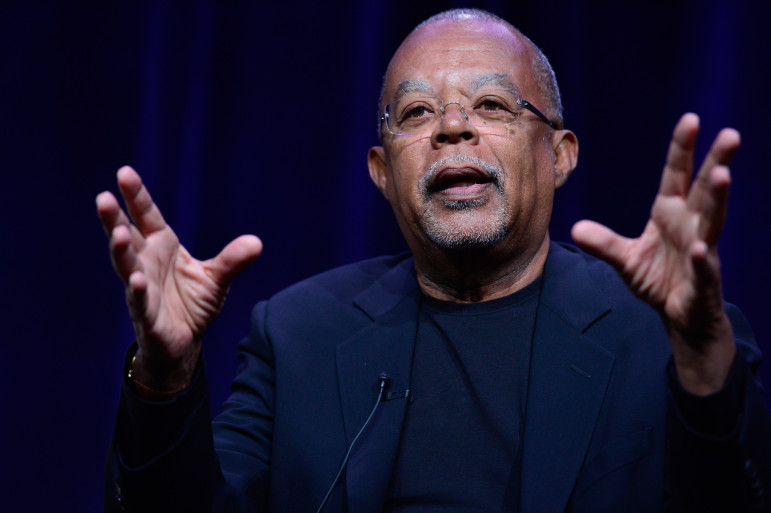 Gates speaks to reporters about this season of the PBS show Finding Your Roots at the Television Critics Association press tour last July. En route to the event, Gates confided in an email that actor Ben Affleck wanted details of his family’s slave-owning past deleted from his segment. (Photo: PBS)

The matter came to light in exchanges between Gates, creator and executive producer of the PBS genealogy program, and Michael Lynton, CEO of Sony Pictures Entertainment (SPE). Their emails are among a trove of hacked and leaked SPE information unveiled Friday by WikiLeaks, an organization that posts classified data online.

Other emails between the two about dinner plans and various topics indicate that Gates and Lynton are friends.

In a series of July 2014 emails, Gates confided to Lynton that “for the first time” a guest has asked that producers omit facts about his family’s slave-owning past. Lynton advised in part, “I would take it out if no one knows.”

Gates replied in part that doing so “would be a violation of PBS rules, actually, even for Batman.”

In the final exchange, Gates writes in part: “Once we open the door to censorship, we lose control of the brand.” Lynton agrees: “[Y]es, bad idea.”

No mention was made of Affleck’s family’s slave-owning past when the segment aired in October.

After the emails were first reported on Friday by Britain’s Daily Mail, Gates and PBS issued statements. Gates said in part, “Ultimately, I maintain editorial control on all of my projects and, with my producers, decide what will make for the most compelling program.” PBS backed that decision: Gates “told us that after reviewing approximately 10 hours of footage for the episode, he and his producers made an independent editorial judgment to choose the most compelling narrative.”

PBS Ombudsman Michael Getler castigated those reactions in a column Friday. “This, it seems to me, should have been a slam-dunk,” Getler writes. “Assuming the emails are accurate, this censorship should have been stopped cold and mistakes should have been admitted publicly.” Getler said in the column he hopes to follow up with additional information soon.

Stephen Segaller, programming v.p. at WNET, which co-produces Finding Your Roots, said in an interview Saturday that the production team “knew nothing at all” about Gates and Lynton’s emails. He said WNET will check production team emails this week for any pertinent information.

The exchange about Affleck’s request is part of more than 150 emails between Gates and Lynton from November 2013 to November 2014.

Hackers accessed the SPE data last November, and the stolen archive — including 173,132 emails — was briefly posted online, according to a statement Friday from WikiLeaks when it unveiled a searchable database of more than 30,000 documents. “This archive shows the inner workings of an influential multinational corporation,” WikiLeaks editor-in-chief Julian Assange said. “It is newsworthy. . . . It belongs in the public domain.”