In coming months, public television station managers, boards and governing institutions will be attempting to determine the value of their broadcast services and weighing those assessments against the income they might earn by selling broadcast spectrum in the FCC’s upcoming auction.

Interest in the auction spiked following publication of an FCC report projecting opening bids and clarification of the time frame for broadcasters to make decisions. The auction is scheduled for 2016, but stations have until this fall to notify the FCC of their intent to participate. 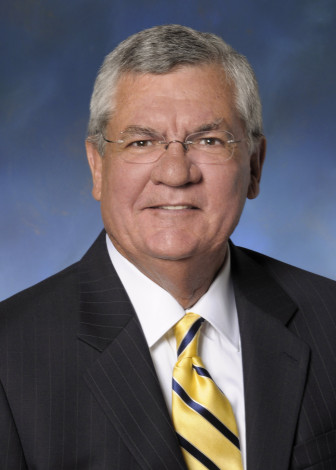 Depending upon their market, broadcasters have a number of choices, including declining to participate altogether, putting their spectrum up for outright sale in the first phase of the auction, moving their transmissions from UHF to VHF or entering into agreements with one or more stations to combine broadcasts into one channel, putting vacated channels up for auction.

There are many unknowns, and perhaps some unknowables, at this point. But for commercial stations, the business decision is clear-cut. The station has a determinable business value based on revenue, cash flow and profit. For the commercial station owner, the proposition is fairly simple: Is broadcasting a better investment than taking a potentially large payout and using the after-tax proceeds in another business enterprise? The future may be uncertain, but the choice to cash out now, perhaps at a premium price, or retain the current operating model is a business decision.

For a noncommercial public television station, the decision is less straightforward, however. How do you determine the value of a public station for which public service, not return on investment, is the bottom line? What is the value, today and in the future, of being able to offer free, ubiquitous educational programs such as Peg + Cat, a program designed to teach preschoolers basic math skills? What is the value of the unflinching investigative journalism presented by Frontline? How do you place a dollar value on preserving and telling the core stories of America, as programs such as The Roosevelts and Finding Your Roots have done? Or of providing local news and programs not available on commercial channels?

Over the years, many analysts have attempted to apply commercial “valuations” to noncommercial public-service entities. They have tried to put a monetary value on institutions such as museums, parks, universities and libraries. Some may find these attempts useful, but many others think they inevitably miss the mark.

Yet with the spectrum auction approaching, public television managers, boards and governing institutions will be faced with the challenge of determining a price point at which they would be willing to relinquish some or all of their broadcast capability.

In some cases, participating in the auction could make sense. For example, two public stations serving the same community could merge or share a channel and continue to provide or even expand the range of public-service programs provided from a new, stronger financial base. Program offerings could be rationalized, and the added resources could help to provide new local services.

In other cases, stations will be firm in their belief that no amount of money offered in the auction could entice them to compromise their mission and their service to their community. They did not “earn” the potential windfall, and they hold their broadcasting license in trust for the community. For them, while additional resources for providing even greater service would be nice, the trade-off would not be a good one.

In addition, they may see potential in the eventual adoption of a new broadcast standard, ATSC 3, to provide new services such as broadcast to mobile devices, “over-the-top” applications and enhanced services to donors and members as opportunities to expand service and build additional revenue streams. Of course, other colleagues will see the better signal compression promised by ATSC 3 as enabling them to feed more content in narrower bandwidth.

Another critical decision for a participating station involves setting a “reserve price.” The reserve price is the lowest bid a station will agree to accept for each auction option they are participating in. While the reserve price does not need to be disclosed, it is essential that stations take considerable care in setting these marks — and that they exercise the discipline of sticking to them once the auction commences. This, essentially, is the “value” that the station places on their spectrum in the auction.

As stations engage in deciding whether and how to participate in the auction, and in the critical calculation of their reserve price, I suggest that they include the following in their analysis:

Joe Bruns was CFO at KQED in San Francisco and COO at WETA in Arlington, Va., before his retirement in 2013. He has since served on the board of trustees at WETA and as a consultant to CPB. Views are his alone.