We listen to a lot of public media podcasts at Current, and we’re always looking for new podcasts to feed our cravings. You already know about the usual suspects — including Serial, Radiolab, Snap Judgment and the popular new show Invisibilia — so in this new column, we’ll feature new podcasts popping up in the public media space or produced by pubmedia alums and news about the podcasting industry and already established shows. If you know of a new or soon-to-launch podcast or have podcasting news to share, send tips to tyler@current.org.

Here’s what new in the last few weeks:

Transistor — You won’t know it from listening, but the hosts of this new podcast had never done a podcast before Transistor. The weekly science podcast from Public Radio Exchange is hosted by three scientists: Wendy Suzuki, a professor of neural science and psychology at New York University; Michelle Thaller, an astrophysicist at NASA’s Goddard Space Flight Center; and Christina Agapakis, a biologist and writer. In addition to stories produced by the scientists, winners of the PRX STEM Story Project will be featured.

“Transistor explores the meanings behind scientific discoveries that we hear about everywhere in our lives,” Suzuki said in a press release. “Asking big questions humanizes science, and Transistor opens up scientific fascination to audiences who don’t always look past the headlines.” 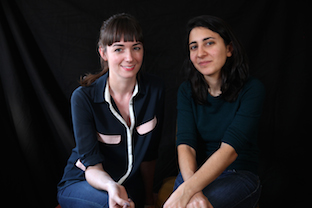 The Adaptors — In this podcast, Science Friday alumnae Flora Lichtman and Katherine Wells teamed up to deliver stories about how people are adapting to climate change. The biweekly podcast is hosted by Lichtman, former managing editor of video and substitute host for Science Friday, and produced by Wells, former producer for Science Friday and WNYC’s Freakonomics Radio.

Mortified — This might be the most awkward podcast around. Mortified, the latest podcast to join PRX’s Radiotopia features adults reading writings such as diaries, journals and love letters from their youth. As you can imagine, your stomach will churn, but you won’t be able to stop listening. In each episode Mortified pulls a story from an archive of 13 years of stage shows. Each podcast includes a “post-Mortified” chat updating that episode’s story after the initial reading.

And pubmedia nerds, don’t forget to check out Current’s own weekly podcast, The Pub.

Plus, a few recent news items about podcasting: