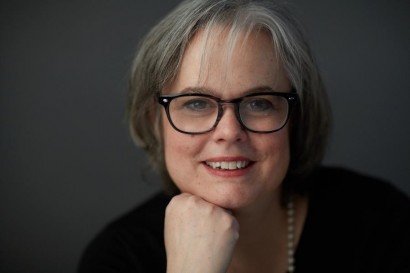 Jensen will be based in New York with a regular presence at NPR headquarters in Washington, D.C. (Photo: James Wrona)

During the three-year appointment, Jensen will serve as the public representative of NPR and write about journalism and journalistic ethics. She replaces Edward Schumacher-Matos, NPR’s ombudsman since June 2011.

Jensen has covered public broadcasting for the New York Times, Columbia Journalism Review and the Los Angeles Times. Previously, she was a senior writer for the national media watchdog consumer magazine Brill’s Content and a reporter for the Wall Street Journal, covering broadcast television. Earlier in her career, Jensen reported for the New York Daily News, Variety and Electronic Media.

Jensen has written for Current about a variety of topics in public broadcasting, including a clash between PBS and Acorn distributors over program rights, PBS’s strategy to take a more active role in production and a Pacifica Foundation audit calling for deep cuts in budgets and staffing at the struggling public radio network.

Jensen will be based in New York and have a regular presence in Washington, D.C., NPR said. Her roles with the New York Times and Current will end when she begins at NPR.

NPR was the first U.S. broadcast news organization to create an ombudsman position, in 2000. The ombudsman receives tens of thousands of listener inquiries annually, according to NPR, and responds to significant queries and criticisms.