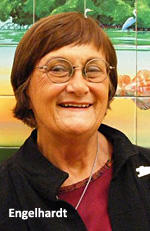 Responding to a June 15 auditors’ report expressing “substantial doubt” that the Pacifica Foundation has the financial wherewithal “to continue as a going concern,” Executive Director Arlene Engelhardt recently notified the five Pacifica radio stations to prepare for deep cuts in their budgets and staffing.

The audit, which examined the foundation’s finances for fiscal year 2011, was the second consecutive report questioning Pacifica’s financial viability. Although Engelhardt disputed the auditors’ warnings — “We can always take to the air and raise money,” she said — she directed the stations to make cuts of at least $1 million from their collective budgets. The reductions were to be made immediately, but at Current’s deadline, decisions being made at local stations could not be confirmed.

While Pacifica has made substantial progress in reducing its operating deficit from $2.7 million in fiscal 2009 to $564,000 in 2011, “we still have not made inroads on the debt,” Engelhardt said in a telephone interview. “We have to tighten the belt in order to make sure that Pacifica will continue to be around.”

The auditors’ report showed liabilities including $1.635 million in accounts payable. In an accompanying note, the auditors expressed concern over a working capital deficit of $1.034 million as of Sept. 30, 2011.

“Although management has taken recent action to increase revenues, as of the date of this report there is a Board-approved but not fully implemented financial plan in place
. . . to restore adequate working capital within the current year,” the auditors’ note said. They expressed doubts that Pacifica had enough working capital to meet its financial obligations.

Financial woes extend across Pacifica’s stations but are especially acute for New York’s WBAI and Washington’s WPFW, she said. General managers at the two stations didn’t respond to requests for comment by deadline.

Both stations are pressed by the high costs of real estate: WPFW’s building is slated for demolition as part of a new hotel development, and Engelhardt said the station has not found new studio space. Meanwhile, WBAI’s lease is expiring, and the station is locked into paying high rent for its Empire State Building tower location. Additionally, both the Houston and Los Angeles stations, KPFT and KPFK respectively, need new transmitters.

Legal fees soared to $467,000 in FY2011; the foundation is a defendant in several lawsuits, the auditors’ report notes. It has fallen behind on payments to program providers Democracy Now! and Free Speech Radio News, but Engelhardt declined to say how much it owes the producers.

Moreover, a preliminary report by auditors from CPB’s Office of the Inspector General found that Pacifica had undervalued the costs of its pledge premiums. The IG recommended that CPB impose fines on the foundation to recover grant monies that were overpaid because of the miscalculations. The final amount expected to be repaid to CPB, Engelhardt said, will be a small percentage of the foundation’s overall budget and will be payable over three years.

Another major expense looms — the bylaws-mandated elections for representatives to Pacifica’s Local Station Boards. Earlier this year Engelhardt proposed delaying the elections as a cost-saving measure, but lawyers advised the foundation to proceed with the elections, she said. They will take place in the fall, with some cost-cutting measures put in place, including tallying the ballots in a single location.

In a July 3 memo to his staff, John Hughes, general manager of WPFW, said to expect “immediate reductions in staff” as well as unspecified changes to the program schedule.

The five stations, which also include KPFA in Berkeley, employ 154 full- and part-time staffers, or 113 full-time equivalent positions, Engelhardt said. The total number of layoffs and how they will be apportioned among the stations hadn’t been determined at Current’s deadline.  “We’re in the process of doing that now,” she said.

Engelhardt expects some layoff notices to be sent “almost immediately” and the remainder within a few weeks, compliant with union contract requirements. Station managers will also impose non-staff budget cuts.

The national staff of less than a dozen employees will not be cut, she said. “We’re basically at this point where we don’t have anybody left to cut.”