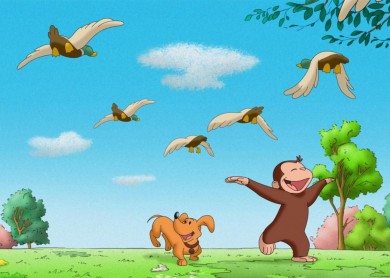 With many local pubcasters reporting sharp declines in daytime viewership, PBS programmers are reevaluating scheduling strategies for children’s programs, trying to get a handle on a problem that’s also affecting commercial competitors for kids TV audiences.

Although ratings watchers disagree on the scope of the audience losses and the reasons for them, the overarching trend is clear: daytime viewing of PBS Kids has dropped sharply as the landscape of programs for preschool children has expanded, particularly with the February 2011 launch of Disney Junior.

A recent analysis by TRAC Media Services requested by several of its client stations reported a 22 percent drop in viewership of children’s shows on PBS member stations over the past four years. The ratings losses have been heavier for commercial cable channels Disney, Nickelodeon, Nick Jr. and Cartoon Network, which have plunged between 22 percent and 54 percent over the past five years, TRAC found. The sole ratings gainer was Sprout, up 51 percent.

Craig Reed, director of audience analysis for TRAC, reported that the ratings slide may result from increased adoption of on-demand viewing options among families with young children. As evidence, he shared an analysis of Nielsen household ratings across all major children’s services over five years. It revealed that total daytime broadcast viewing had declined an average of 24 percent.

Execs from PBS Kids challenged elements of TRAC’s analysis but have acknowledged a worrisome loss in PBS Kids viewership.

Within PBS, “fierce competition” among children’s networks is seen as the driving force behind the ratings decline, according to a Feb. 10 email to all member station programmers from Linda Simensky, PBS children’s programming v.p. She pointed to the launch of Disney Junior and the popularity of preschool series such as Sofia the First in reporting a 29 percent average national ratings drop among children ages 2 to 5 from November 2012 to November 2013.

Within two months of its premiere in January 2013, Sofia the First on Disney Junior topped the previous No. 1 children’s show, Curious George from PBS Kids. (Photo: Disney Junior)

Sofia the First premiered in January 2013 and quickly overtook Curious George as the No. 1 children’s show, Simensky wrote in the email. PBS Kids is now “caught in the crossfire,” as Nickelodeon and Disney compete to regain audience by spending millions of dollars in marketing, promotion and new programming. Nickelodeon alone launched eight new series last year.

PBS is countering with a new live-action show for school-age children, Odd Squad, backed by federal Ready To Learn funds and set to launch later this year.

In addition, PBS is developing scheduling strategies intended to bolster ratings. Building on a tentpole tactic of scheduling back-to-back special episodes to draw in and hold young viewers, PBS presented two new episodes of The Cat In the Hat Knows A Lot About That! on March 3. The scheduling stunt, detailed in Simensky’s email, was supported by paid advertising, press and blogger outreach, social media, promotion on PBS’s digital platforms (including YouTube) and on-air spots.  PBS has a strong track record with such tentpoles: Last year, a similar strategy brought 1.6 million new viewers to PBS Kids, according to Simensky.

PBS also is taking a deeper look at its late-afternoon children’s block, which feeds from 4 to 6 p.m. on weekdays. “That’s when the most kids are watching television, not just PBS,” Lesli Rotenberg, senior v.p. of children’s media, said in an interview. “We do not get our fair share of those viewers, so we’re looking at what strategies we can use to boost that viewership.”

Rotenberg disagrees with TRAC’s conclusion that the ratings decline has been driven by viewers migrating to on-demand platforms. “While the media landscape is evolving rapidly, television viewing is still the predominant way that children engage with media,” she said.

This summer, PBS will “rearrange the summer schedule” to promote and highlight successful series, Simensky wrote in her email. PBS is also currently looking at maximizing viewership for the fall schedule, perhaps experimenting with an afternoon block of programs with a group of pilot stations.

Another idea is to connect with young mothers who are crazy about Downton Abbey. “I have to give credit to programmers for the idea,” Rotenberg said. “They said, ‘Downton ratings are strong with young women and they probably have kids.’ It’s a great tip, and we’re collaborating on that.”

PBS’s approach so far has impressed at least one pubTV executive. “They’re handling it like a programmer would,” said Kevin Harris, who directs programming at WETA in suburban Washington, D.C. “They’re saying, ‘Here are the issues, here is how we’re going to attack it.’ They’re open to talking about it. That’s great.”

But the challenge of rebuilding children’s audiences extends beyond PBS to local stations that devote most of their daytime schedules to children’s TV. Audience declines measured by TRAC Media go back five years, and in many local markets are far steeper than those acknowledged by PBS. TRAC’s initial analysis looked at audiences tuning in to pubTV primary channels from 6 a.m. to 5 p.m. weekdays. The 22 percent decline was measured over four years.

TRAC also looked at daytime viewing over five years for 56 client stations. Those ratings held steady at four outlets, and five actually clocked increases of between 3 percent and 44 percent. But the vast majority — 47 stations — experienced losses of between 2 percent and 75 percent.

In addition to devoting 6 a.m. to noon weekday timeslots of its primary channel to children’s programming, WETA offers a 24/7 kids schedule on its WETA Kids multicast. One bright spot: Daytime ratings on WETA Kids are going up, from .09 in 2011–12 to .12 in 2013–14. “WETA Kids is not just PBS programming and is built as a 24/7 service,” Harris said. “It’s always there for parents and kids.”

He agrees that cable competitors have been hammering away at pubTV children’s ratings. “Nick and Disney are throwing real money at this,” he said. “And we just can’t react as fast because of the economics involved.”

But Harris is also proud of the content that PBS Kids delivers. “I’d be much more concerned if the quality of what we’re doing was going down,” he said. “It’s obvious that we offer a superior lineup.”

Recent evidence arrived in the form of a tweet from a mother thanking WETA for Sid the Science Kid. She came home from work one day to find her son sliding around in his socks on the kitchen floor. “I’m creating friction!” her son said, a concept he learned from watching Sid.

When it comes to children’s TV ratings, WGCU in Fort Myers, Fla., is an outlier among pubTV stations. Its daytime viewership skyrocketed 44 percent in the past five years, due at least in part to its own commitment to producing a local program for kids.

The young cast of WGCU’s Curious Kids romps on a beach during the show’s first season in 2011. While ratings for PBS Kids’ content are dropping at most public TV stations, the Fort Myers, Fla., station’s ratings have grown 44 percent in the past five years. (Photo: WGCU)

WGCU launched its own live-action quarterly show Curious Kids in March 2011. The colorful, high-spirited series explores themes of “My Self,” “My Backyard” and “My World.”

“It’s done by kids for kids,” programmer Toby Cooke said. Its young cast members “are like rock stars in their schools,” she said, with fans pestering them for autographs. WGCU has produced 13 of the half-hour episodes so far. The station debuted a new show March 8, presenting it as a double-pump at 9 and 9:30 a.m. and a repeat on Sunday morning.

The show also is part of the station’s wider Curious Kids initiative, which includes educational workshops for parents of elementary school kids and is built around PBS Kids content and related hands-on activities. More than 1,000 parents and 2,000 students have attended those monthly events since fall 2010, Steinhoff said.

The station’s seven-year relationship with the Lee County Library System and its Southwest Florida Reading Festival also provides visibility to its educational programs supporting families. WGCU hosts two booths during the festival, one for kids and one “for their Moms and Dads and other grown-ups,” she said. The cast of Curious Kids leads singalongs in a performance tent at the daylong fest, which draws as many as 20,000 participants.

“We have to believe all that is having an impact on what kids are watching,” Steinhoff said.

Providing content that’s educational and engaging is the most important measure of pubTV’s service to children and families, Harris noted.

“I understand the numbers, and I like audiences, but I do think we’re doing what public television should do,” Harris said. “Parents turn to us for education. It’s the difference between ‘I’m creating friction!’ and ‘Mommy, buy me that cereal.’”