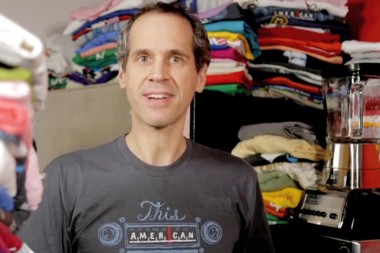 NPR launched a two-week Kickstarter campaign April 30 raising funds for its economics unit Planet Money, which is embarking on a reporting project to follow the global production journey of a T-shirt. The campaign, the first ever to originate from within NPR, asked donors to chip in $25 for a shirt order. Its goal of $50,000 was met within 24 hours of launch. At Current’s deadline, with four days left in the campaign, Planet Money had smashed through its goal more than eight times over. Fans contributed more than $590,000 to the reporting project.

NPR was pleased by the campaign’s success, said Chief Marketing Officer Emma Carrasco. She declined to comment on what it could mean for future direct-listener solicitations.

Planet Money initially budgeted $41,000 to cover its costs for reporting and T-shirt production; the remaining $9,000 was to fund a “news reporting boot camp” for station reporters to learn tricks of economics reporting from the Planet Money team. With the influx of new shirt orders, more of the campaign’s budget will have to go toward the production, and the remainder will still be channeled into the boot camp, according to Carrasco.

Planet Money limited promotions of its Kickstarter campaign to its blog, podcasts and social media; it was not mentioned during NPR news programs. The reporting unit has been “very active in communicating all of this with the member stations,” contributing editor Alex Blumberg said.

PRI planned the campaign to coincide with its 30th anniversary, and launched it April 15. It set a goal of $25,000 to fund reporting of 11 stories airing on PRI’s The World and the WNYC co-production The Takeaway.

At the close of PRI’s campaign early May 11, the network had raised $9,646, a little more than one-third of its goal.

Unlike Kickstarter, Indiegogo allows its users to pocket all funds raised by the campaign even if they fail to meet their goal, so PRI will still walk away with some money from its first crowdfunding fundraiser. (Some PRI-distributed shows, such as To the Best of Our Knowledge, have run crowdfunding campaigns). The shortfall won’t affect the number of global stories PRI’s shows will report, according to Julia Yager, senior marketing v.p. The distributor will turn to underwriting, foundations and other resources to fill the gaps.

But PRI officials were frustrated by the response, and identified three main factors that had undercut the effort, Yager said. Firstly, building the campaign around a “loosely focused project,” rather than a specific program or product, made it a tough sell to online audiences.

Additionally, in contrast to the Planet Money campaign — which allowed on-air personalities to promote the fundraiser via blog posts, social media and a humorous video — the Global Fund campaign lacked star power. PRI’s resource development team handled promotions, and on-air talent for PRI’s The World largely did not participate. “We absolutely don’t want our journalists to do anything that they feel is not right or would hurt their credibility,” Yager said. Marco Werman, host of The World, tweeted about the campaign in its early days, and also offered to create personalized music playlists for donors who contributed at the $1,000 level. One donor did.

Finally, the campaign was hindered by unfortunate timing. It launched the same day as the Boston Marathon bombings, which turned the public’s attention — and the network’s – away from fundraising, Yager said.

On the day of the bombings, PRI’s resource-development team posted a tweet reading, “Events like the Boston Marathon tragedy show value of trusted news sources,” and directed its 160 followers to the Indiegogo campaign page. After some followers complained that the tweet seemed opportunistic, PRI deleted it. Yager described the message as “a mistake.”

Though PRI plans to focus future campaigns on ideas that are more concrete, it has no regrets about its experiment.

“Overall, we’re really glad we did it. It’s always an opportunity for us to find out more about interaction with the people who are consuming our content,” Lisa Gardner-Springer, senior manager of institutional giving, told Current. “We’ve got a number of new contributors to PRI, which is wonderful.”