Karen Everhart, a media reporter and editor who has covered public broadcasting at Current for more than two decades, has been promoted to managing editor. 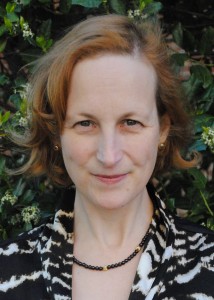 Everhart was appointed to the job on an interim basis last year to assist with a leadership transition preparing for the retirement of founding Editor Steve Behrens. She joined Current in 1991 and has reported on the programming, politics and funding of both the public television and radio systems, as well as the growth of nonprofit news organizations specializing in investigative journalism and local news coverage. Prior to her March 2012 interim appointment, she was Current’s senior editor covering public radio and digital media.

“Karen knows the public broadcasting space as well as anyone in the country, and she has stepped up to provide vital leadership at a crucial time for Current,” said Jeffrey Rutenbeck, dean of American University’s School of Communication, which manages Current as an independent journalism center. “She has put together an outstanding editorial team that is extraordinarily well-positioned to cover the expanding terrain of public media.”

Everhart manages a staff of three full-time reporters, as well as freelance writers, student interns and other outside contributors. Her responsibilities include daily management of editorial coverage, including the flow of news stories across online and print platforms, and supervising design, graphics and layout of the newspaper.

As a nonprofit journalism center within American University’s SOC, Current is funded by advertising and subscription revenues, and receives additional financial support through a grant from the Wyncote Foundation of Philadelphia. American University acquired and took over operations of Current in January 2011; the publication had previously been managed by WNET in New York.

Current was founded in 1980 as a publication of the National Association of Educational Broadcasters, a forerunner and parent organization to PBS and NPR. It came under WNET’s ownership in 1982, after NAEB folded, and operated as an independent trade journal.