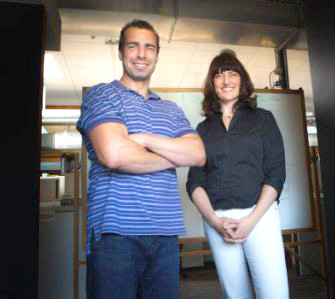 KPCC’s ambitious three-year, $10 million project to fortify its newsroom and serve more people of color has created an unintended casualty: The Los Angeles station lost the popular namesake of its top-rated morning news magazine, The Madeleine Brand Show, after changes that included a new co-host.

Brand told Current that “outside offers just became too attractive” for her to remain at the station. She has joined Los Angeles pubcaster KCET’s newsmag SoCal Connected as a special contributor, her first foray into television.

But two station insiders with direct knowledge of the situation say she left in frustration as her show, as one source said, “was being dismantled one piece at a time.”

The revamped program, called Take Two, is now hosted by Alex Cohen, formerly of the nationwide Day to Day, and A Martínez, a local ex-ESPN broadcaster originally brought in as a co-host for Brand. KPCC President Bill Davis hopes to offer the show, with its new focus on content of interest to minority listeners, to other stations within the next year.

Initial Arbitron data for Take Two indicate that it may be catching on. According to Davis, in the past two months with Martínez as a co-host the show’s AQH increased by more than 15 percent, audience share jumped by more than 20 percent and the Latino percentage of the show’s audience doubled.

But fans of the original Madeleine Brand Show continue to lament her exit in online comments. One supporter, Damon Lindelof, is co-creator of the hit television series Lost. “We already support KCRW, the other public radio station in Los Angeles,” Lindelof told Current. “Madeleine’s departure definitely had an impact on our desire to listen to KPCC.” He added that wherever she goes, “I will be tuned in.”

Several sources inside KPCC spoke on the condition of anonymity because the controversy involves personnel. “You can’t underestimate the power of having someone like Madeleine to shape a program and provide the focal point for how to cover news,” said one. “She infused the program with her sensibility.”

Brand landed at KPCC after co-hosting with Alex Chadwick on Day to Day, NPR’s midday newsmag from NPR West in Culver City that launched in July 2003. By December 2008 it had been canceled, a victim of the recession. The Madeleine Brand Show, an eclectic drivetime newsmag, debuted in 2010 and grew into one of the station’s most popular offerings, often drawing larger audience than NPR’s newsmagazines.

Also in 2010, KPCC’s board adopted an “aggressive strategic plan,” Davis said, that called for a significant multiplatform build-out of its reporting capacity, along with a push to diversify its news team “to be more reflective of the community we serve.”

In March 2011, board Chair Gordon Crawford told Newsweek, “We want to be a major player in providing news and information to Los Angeles in the 21st century.”

The work dovetails with CPB’s hopes for the market. “This was immediately attractive to us,” said Bruce Theriault, senior v.p. for radio at CPB. “Here’s the station with the biggest public radio audience in Los Angeles willing to make a major commitment to Latino listeners.”

In 2006 CPB had funded research that led to the creation of L.A. Public Media, a startup for young minority listeners. KPCC managed the initial market research for the service, and later considered partnering with Radio Bilingüe, the Fresno-based Spanish-language service to California’s agricultural regions, to launch it, but eventually withdrew from the project.

Radio Bilingüe received $2.4 million in CPB aid to start up L.A. Public Media as an online-only service and pursue plans to operate a radio station with complementary programming, but couldn’t secure an FM frequency. CPB withdrew its support from L.A. Public Media in 2011, shortly after its digital appropriation was slashed.

KPCC’s plans for the One Nation project call for a $10.2 million investment over three years, according to the application, with CPB providing $6.4 million and KPCC raising $3.8 million. CPB announced $1.8 million for the initiative in December 2011.

The proposal sketched plans for a new daily news program, “tentatively titled One Nation, which will build on the success of the existing Madeleine Brand Show.”

That show, according to the application, “has experienced tremendous success in just its first year. Although not originally designed for any specific ethnic group, it has proved to be particularly successful with Latino audiences (currently it boasts a more than 30 percent Latino listenership).”

Davis said that Brand’s show “had a more effective track record in attracting a more diverse audience than other locally produced program” at the station.

Davis had already been pursuing plans to take Brand’s show national. The grant money could help KPCC expand and diversify the show’s staff and support the expansion from one to two hours. And a West Coast time slot of 9 to 11 a.m. could work well on the East Coast, where it would run from noon to 2 p.m.

Davis thought one more change was necessary: a co-host.

The “vagaries and chemistry of talent”

“The One Nation project anticipates identifying a Latina/o co-host for Madeleine Brand and building on an existing program,” the station’s application to CPB says. “Understanding the vagaries and chemistry of talent, it’s also possible we could identify a host with significant skills more suitable to another radio format and approach around which a completely new program could be developed,” it adds.

While crafting a new show was a possibility, “we decided to build from strength,” Davis said. “Co-hosted newsmagazines are the strongest programs for generating audience service. We were keeping our options open if we found a monster call-in program host.”

Sources with direct knowledge of the co-host search said some 10 candidates were brought in. Some had in-person interviews; others got off-air tryouts. Davis said candidates visited from Los Angeles, Miami, New York City, Texas, Nevada and Washington, D.C. “We cast a wide net,” he said.

The decision to hire Martínez was made with Brand’s input, Davis said.

“Madeleine’s show had a distinct voice,” said a source inside KPCC who requested anonymity to speak candidly. “It had a cast of regulars, recurring segments that were heavily impacted by her personality.” Once a co-host was added, “that element was watered down. The co-host wasn’t able to fit into the show’s format without sticking out.” As a result, the feel of the show changed.

Brand told Current she is “totally in favor” of the goals of One Nation Media. “I think it’s a great idea to increase minority audiences that are not being served by public radio,” she said. “Two thumbs up for that. It’s great to have resources to make the show more appealing to more people.”

She also remains proud of her program; she cites a 2.6 ratings share for the last three months, topping Morning Edition and All Things Considered. During its run, The Madeleine Brand Show won awards for reporting, writing, features and use of sound, including the 2012 Golden Mike Award for best news and public affairs program from the Radio & Television News Association of Southern California.

“The station gave us absolute freedom to do what we wanted to do,” Brand said. “They let me create what I wanted to, and it worked. And we had a staff that worked well together.”

Editor’s note: This story has been corrected from the Oct. 9 print version in Current, which erroneously reported that L.A. Public Media closed in 2008; and updated to include Brand’s new position.
Questions, comments, tips? sefton@current.org
ShareTweet EmailPrint More