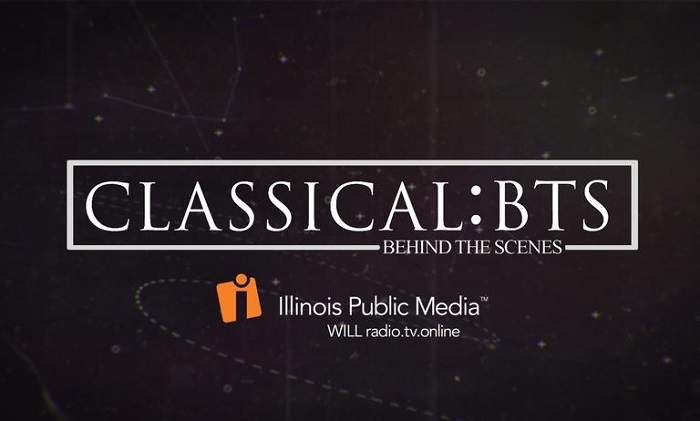 Classical: BTS is a six-part webseries devoted to revealing the lesser-seen — and heard — stories about classical music in central Illinois. In these mini-documentaries, you’ll see hard work, performance, and creativity brought to life. You’ll also hear how six unique individuals found their way to classical music and how they continue to blaze new trails with their work.

Classical: BTS (“Behind The Scenes”) is a multimedia video project designed to bring new audiences into the classical music fold, while also respecting (and engaging) legacy classical music audiences.

Why? Classical music, despite rumors to the contrary, is flourishing in many ways. But younger and less-experienced audiences sometimes perceive classical music as “stuffy,” “boring” and definitely not for them. Legacy audiences may not be aware of the more personal stories behind the music they enjoy listening to on our classical-format FM station or taking in at performances in our region.

Illinois Public Media wanted to address the varying stereotypes and expectations about classical music by creating a beautifully shot and edited video series – six episodes, two and a half minutes each – showcasing the talents and stories of local (or locally-tied) classical music creators, including – but not limited to – musicians, conductors and composers.

After a call for artists (the response was overwhelming), research and pre-interviewing, the field was narrowed to six, with six others as backup.  The series was then written, shot and edited by a producer/director and small crew over several months, and it was released as a web-only series on May 1, 2018, complete with a social media (ongoing), radio, local print and TV campaign. The series has was added to our TV interstitial rotation in June 2018, appearing adjacent to arts & culture programming on WILL-TV. It will be offered to other Illinois public television stations as interstitial content later this summer.