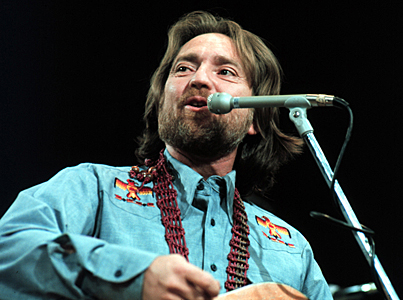 Producers of Austin City Limits have recorded more than 800 performances of the PBS rock music series during the past 37 years, but there are hours of footage that loyal viewers and music fans don’t even know about.

Shows recorded before live audiences typically run for an hour or 90 minutes, but are edited to 30 minutes for PBS broadcast, says Bill Stotesbery, g.m. of producing station KLRU in Austin. “So there are hours of interesting stuff that nobody has seen. Once there is access, people can see it all.”

That access will come soon under a deal unveiled early this summer, when KLRU and Cleveland’s Rock and Roll Hall of Fame and Museum announced a collaboration to open up ACL’s vaults of unused footage and other material.

Estimated to extend some 140 linear feet, the ACL collection includes an array of documents, photographs and artifacts in addition to the audio and video recordings; all will be searchable via the Rock Hall’s website.

Leach says the ACL collection, which includes some 5,500 audio and video recordings, is one-of-a-kind.

“There is simply nothing like this collection because there is nothing like the show itself — the number of important performances, so many genres, so many of the artists who are no longer with us,” says Leach. “In my mind, it’s also important that this show introduced so many of us to what good music really is.”

Performances that have attracted the most attention and the most broadcast replays over the years include a very early and emotional version of Tom Waits’ hobo lullaby “On The Nickel,” as performed on ACL’s stage in 1978; and an inspired rendition of “Georgia On My Mind” by Ray Charles, whose virtuoso ACL performance in 1979 gave new life to his well-known hit.

The museum’s library and archives opened in January and occupies a four-story building off-site from the museum. Its collections range from a single document, such as the Bonnie Raitt Contract — signed for Raitt’s first concert, performed in August 1969 in Philadelphia’s Pennypack Park — to the 250 linear feet of the Rolling Stone magazine collection and the complete Chess recordings of Chuck Berry, 1969–1974. Names of music industry greats like Clive Davis, Alan Freed and Jerry Wexler are scattered throughout the large catalogue of holdings.

The library reading room offers 11 multimedia workstations where visitors can view and listen to recorded material and conduct online research. To view or hear materials that require a higher level of security and preservation, a member of the public or a professional researcher can visit the separate archives reading room, which requires that they register, leave their belongings in a locker and work under camera surveillance.

Like most donors to the museum’s collection, ACL retains reproduction rights, Leach says. The arrangement makes the material accessible for viewing or listening on location, but anyone who wants to use a photo or a film clip must request permission from ACL; in most instances that will involve paying a fee.

The collection isn’t accessible to the public yet, and it won’t be for some months, according to Stotesbery. All of the video and audio recordings are in the midst of being digitized by MediaRecall, a well-known provider of mass digital video conversion services.

Meanwhile, the ACL collection will continue to grow as shows are recorded in KLRU’s brand-new venue in the Texas capital city — Austin City Limits Live at The Moody Theater, located on Willie Nelson Boulevard, an apt location as the Texas troubadour has appeared on ACL 16 times during its nearly four decades on the air.

This 2,700-seat, state-of-the-art theater outfitted with full high-definition production capacity and a fiber broadband network is modeled on the beloved funky old studio on the University of Texas campus where Austin City Limits started in 1975.

“What surprises people is that the new venue is literally the same size as the old room but on three levels,” said ACL’s longtime executive producer Terry Lickona in a recent video interview with Dr. Lauren Onkey, Rock Hall’s v.p. of education. In planning the new facility, the ACL team worked hard to transfer the feeling of the old studio to a larger performance space that would accommodate a larger studio audience.

International supergroup Radiohead was the first band to perform on the new stage in the premier episode of the series’ 38th season — yet another performance that will be preserved in the archives and accessible through the Rock Hall partnership.