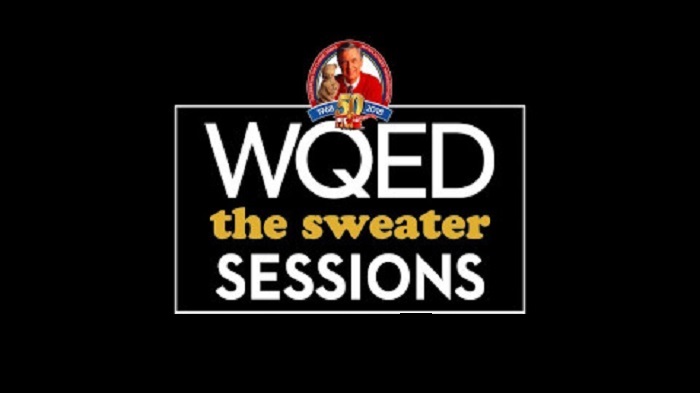 “WQED Sessions” is a direct-to-web series that showcases Pittsburgh-area musicians. The short videos are popular and shareable on social media. The featured performers and musical genres are eclectic and inclusive. And that sense of inclusiveness is one of the reasons we embarked on a new variation of the series that we call “The Sweater Sessions.”

Mister Rogers’ Neighborhood was filmed right here in the WQED studios by Family Communications Inc., now known as Fred Rogers Productions. Pittsburgh is very proud of that legacy – and we knew our community would embrace this concept. We also predicted that America would embrace it too – a perfect example of how a local production could radiate outward. The project started in early 2018 when we reached out to local performers asking them to participate. As you’ll see in the finished videos, while the artists come from various genres (everything from folk to rap), the performances all share the common theme of kindness, understanding and inclusivity. It worked on many levels.

Local performers aren’t typically in the national or even the local spotlight. With tighter local broadcasting budgets and more limited local programming, many of them don’t get much media exposure. More than that – they were honored to be invited to perform such a legendary song. Some even volunteered to compose their own song that echoed the sentiments of “Won’t You Be My Neighbor?” From the audience perspective, many viewers were moved to hear the melody or the words “It’s a beautiful day in the neighborhood…” performed by such talented and diverse artists.