Finding Nurses: The importance of sexual assault nurse examiners and the difficulty of locating them in North Carolina

Through in-depth reporting, content sharing and free events, CPP shined a light on the lack of SANE nurses in NC and the impact on sexual assault survivors and the prosecution of their attackers.

GPB hosted a series of Civic Dinner events based on local submissions to PBS American Portrait. The conversations were designed to build a more inclusive culture within our greater community.

Tell Me the Story

“Tell Me The Story” is PBA’s award-winning, multi-platform digital campaign launched in support of PBS’s Henry Louis Gates documentary “The Black Church: This Is Our Story, This Is Our Song.”

¿QPM? gives Midwestern Latinos a sense of identity and community that is vital to their well being. We do this by producing and distributing authentic, culturally competent bilingual content.

The Recording Inclusivity Initiative addresses the scarcity of classical music composers from historically excluded communities heard on the radio airwaves across the USA by producing new recordings.

Black Radio United for the Vote

Jazz 91.9 WCLK teamed up with more than 10 Atlanta’s Black Radio stations – commercial and community outlets – in partnership with the Urban League of Greater Atlanta with the common goals of voter registration, voter education and voter mobilization in advance of the November 2020 election. From July 2020 through September 2020, Jazz 91.9 WCLK and partner stations are dedicating a full day of on-air programming to voting and Census messaging via PSA and interviews and social media engagement.

Finding Nurses: The importance of sexual assault nurse examiners and the difficulty of locating them in North Carolina 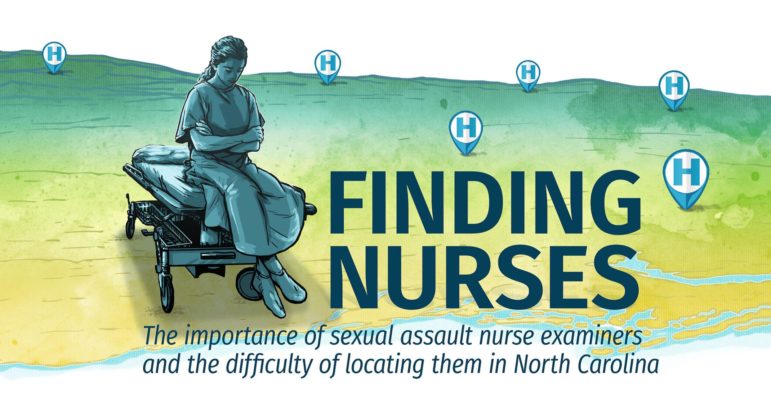 The CPP Finding Nurses project was an investigative, in-depth reporting project that shined a light on the lack of Sexual Assault Nurse Examiners, or SANE nurses, in NC and how this impacts sexual assault survivors and the prosecution of their attackers. This project builds on CPP’s prior series Seeking Conviction, an investigative series examining sexual assault convictions in NC. Seeking Conviction led to legislation that reforms state sexual assault laws, extends the statute of limitations for civil suits against perpetrators of child abuse and includes a number of other safety protections for children.

SANE nurses receive specialized training to provide emergency medical attention and gather forensic evidence following sexual assaults. They are experts at collecting and cataloging the evidence of the assault, which can be used in a criminal investigation and prosecution. They also help prevent sexually transmitted infections after an assault. Some hospitals in NC have SANE nurses, but it’s not required, and no one is keeping track. After a sexual assault, survivors have choices to make. Do they seek help at a hospital? If they do and if they are lucky, they’ve arrived at a hospital with one of these nurses who have been trained to understand how to help a victim take care of her or his health after a traumatic experience.

Through this investigation, CPP found that many hospitals, especially outside major cities, do not have SANE nurses or are forced to share them with other facilities across a wide area. In fact, many hospitals, including several major chains, refused to disclose details to the public. This means a sexual assault survivor, especially those living in rural areas may have to drive long distances to receive specialized emergency care. And when she or he arrives at their local hospital, they may be told that the hospital has no SANE program so they have to seek care elsewhere. A survey of hospitals across NC found uneven results for staffing sexual assault nurse examiners. Some described rape victims visiting multiple hospitals until finding one with the proper personnel.

CPP conducted a survey, spoke with representatives from hospitals, forensic nursing programs, law makers and sexual assault services in an effort to highlight the issues and systems contributing to the lack of emergency care for sexual assault survivors. CPP also explored potential solutions from local efforts to statewide policies to programs in other states.

As a result of this investigation, Deborah Ross, U.S. Representative for North Carolina's 2nd Congressional District, introduced new amendments related to tracking and funding SANE nurses to legislation recertifying the Violence Against Women Act, which the U.S. House approved with bipartisan support. The bill is waiting for approval in the Senate. The Act protects and provides resources for victims of domestic abuse and sexual violence.

CPP’s investigation sought to shine a light on the importance of SANE nurses and the difficulty of locating them in NC. As a result, CPP produced a total of seven news reports that included audio and photography, a special “behind the scenes” virtual event featuring Lead Investigative Reporter Kate Martin about her reporting efforts, the importance of SANE nurses for survivors and the impact of her stories on public policy. During this event, Martin also answered questions from the audience about her process and the resulting stories.

Additionally, CPP hosted a special virtual event as a part of our Ten for NC event series which celebrates our 10th anniversary. The “Reauthorizing the Violence Against Women Act (VAWA) and what it means for North Carolina” included panelist U.S. Rep. Deborah Ross and representatives from domestic violence and sexual assault advocacy organizations and CPP Lead Investigative Reporter Kate Martin.

Using Google Analytics, we know that this series generated, to date, more than 10,000 page views.

CPP generated revenue from individual donors to support this series. We also received funding from AB Technical Community College, a sponsor of our Ten for NC series, part of our year long 10 year anniversary celebration. The virtual event entitled, “Reauthorizing the Violence Against Women Act (VAWA) and what it means for North Carolina”, was the second event in the series and included discussion on SANE nurses and their impact in the state.